A powerful tornado formed in Manapla, Negros Occidental, the Philippines on December 13, 2016, leaving 4 residents with minor injuries and 86 houses damaged.

The tornado formed around 12:40 PHT and barreled through Barangay for 15 – 20 minutes, ripping off the roofs of a covered court, church and office. In total, local media reported, 86 houses were damaged, some of them severely. Four houses were destroyed.

According to The Visayan Daily Star, Local Disaster Risk Reduction Officer, Alejandro Malijoc, said he was in the Manapla agriculture office when he saw a violently rotating column of air approaching and slam into houses in SitioNahulog, Barangay 1-A. 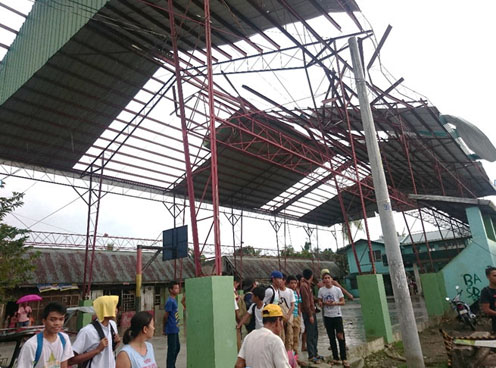 The tornado was accompanied by a rumbling sound and the clatter of roofing being ripped off and houses being toppled, Malijoc added. 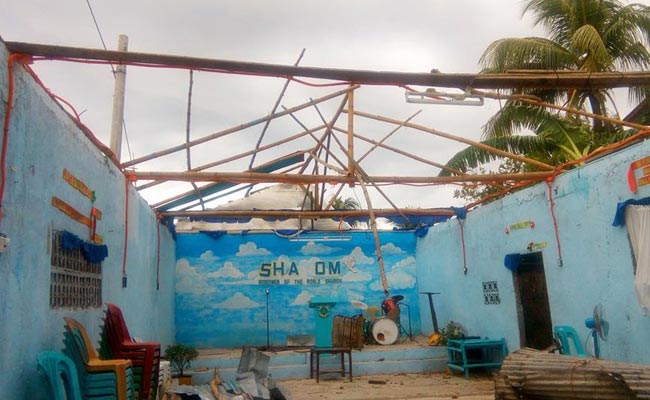 On November 26, a tornado also hit 21 houses at Barangay Inolingan in Moises Padilla. Two houses were destroyed while 19 others were damaged when the tornado swept through Hacienda Salapid around 14:30 PHT, the SunStar reported.

On October 28, waterspouts, locally known as buhawi, were also reported in Barangays Tabao Proper, Central Tabao, and Bagumbayan in Valladolid town. They eventually reached land, destroyed a house and damaged six others.