The 2016/17 southern hemisphere noctilucent clouds season started on November 17 and tied with 2013 for the earliest southern hemisphere NLC season in the CIPS data record, said Cora Randall, a member of the AIM science team at the University of Colorado. "This was not at all a surprise," she added, "as the southern hemisphere polar stratospheric winds switched to their summer-like state quite early this year." 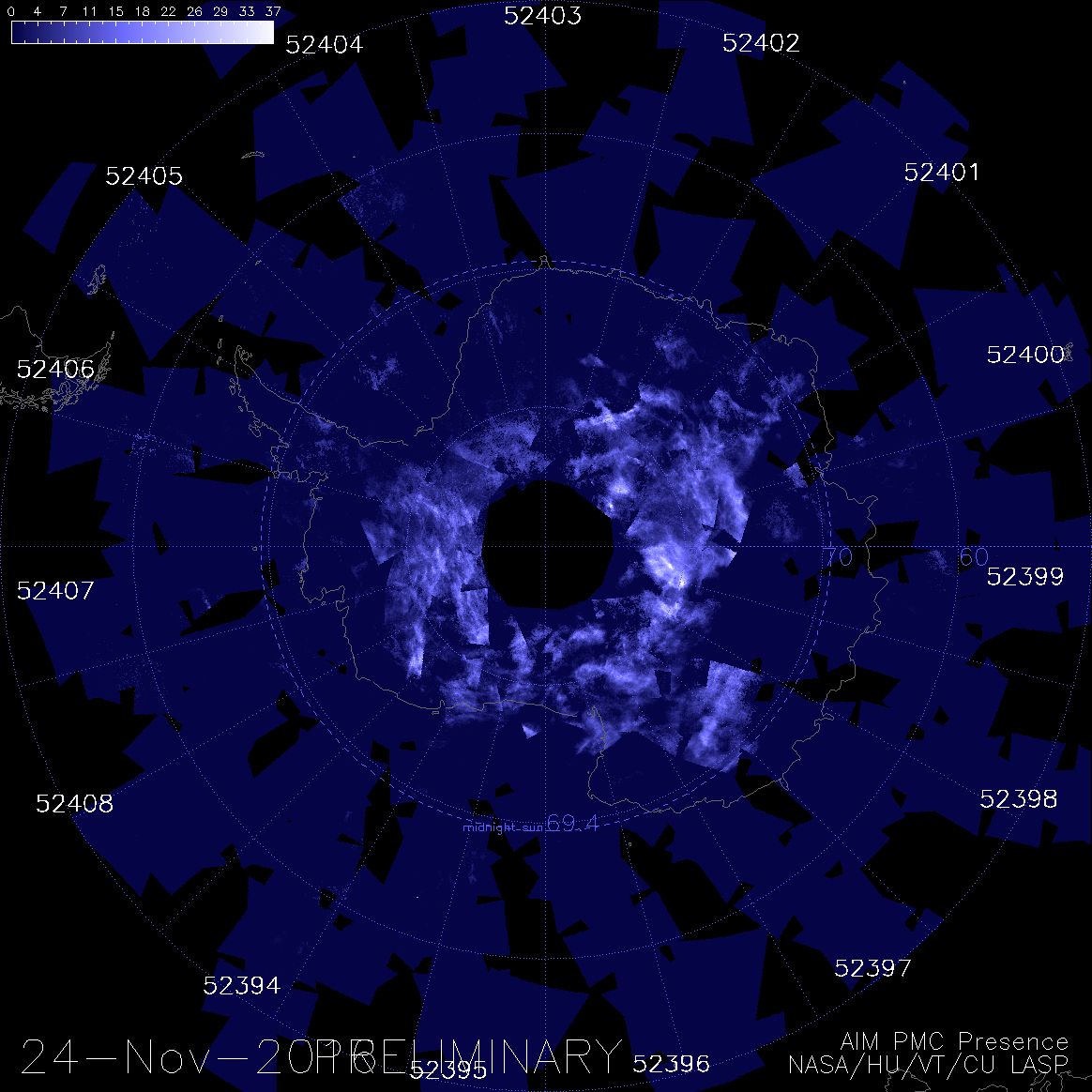 At the end of the 2014/15 season, in March 2015, Randall reported that the season was clearly different from the rest in an 8-year-plot of the Antarctic noctilucent cloud frequencies.

"This season [2014/15] was not like the others. The clouds were much more variable, and there was an enormous decrease in cloud frequency 15 to 25 days after the summer solstice. That's when the clouds are usually most abundant."

These data come from the AIM spacecraft, which was launched in 2007 to monitor NLCs from Earth orbit. The curves show the abundance ("frequency") of the clouds vs. time for 120 days around every southern summer solstice for the past 8 years.

Previous research shows that NLCs are a sensitive indicator of long-range teleconnections in Earth's atmosphere, which link weather and climate across hemispheres. The strange behavior of noctilucent clouds in 2014/15 could be a sign of previously unknown linkages.

"Preliminary indications are that it is indeed due to inter-hemispheric teleconnections," Randall said.

According to Dr. Tony Phillips of the SpaceWeather.com, there is growing evidence that noctilucent clouds are boosted by climate change. In recent years they have been sighted at lower latitudes than ever before, and they often get started in earlier months as well.

Below is, by far, the best noctilucent clouds timelapse we've seen so far.