A thick layer of smog engulfed Tehran, Iran over the last week. The unprecedented pollution levels have set new records while more than 400 people were reported dead.

The PM2.5 levels have reached values exceeding 150 micrograms per cubic meter, thus setting a new record for the area. The particles of 2.5 micrometers in diameters are regarded as extremely dangerous, as they are capable of penetrating human lungs and enter the bloodstream. According to media reports, they are connected to the rising rates of chronic bronchitis, lung cancer, and heart disease.

This week, however, the blanket of smog smothering the Iranian capital has been blamed for a string of deaths and prompted unprecedented emergency measures by the city’s authorities.

According to Habib Kashani, a member of the local municipal council, 412 people have died as a result of air pollution over the last 23 days. All the local schools have been closed down, as of November 17, 2016.

In the course of the last several days, air quality levels have reached dangerous levels during the four days. During that period, people with respiratory diseases have been urged to remain cautious while pollution levels were extremely dangerous for all other residents during the two days.

In general, Tehran is struggling with pollution for some time. Its location, surrounded by mountains and with little wind access, makes it especially prone to it, as the smog is difficult to disperse. A large number of cars in the city, using locally refined petrol are regarded as a crucial factor in persistent pollution. 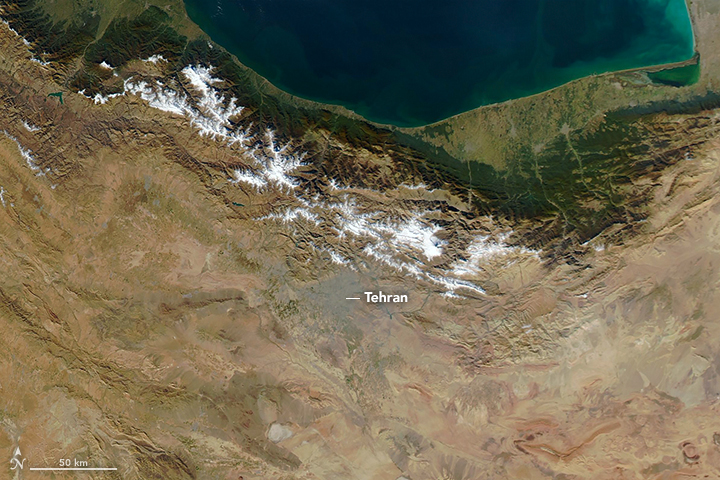 “In the past several days or so [it has] been really bad. That was one of the reasons I wanted to leave Tehran," said Amin Dezfuli, NASA's atmospheric scientist, who lived in the city in the period between 2001 and 2006.

During that time, the schools were frequently closed down, and the air quality has been decreasing since. During the winter seasons, the pollution situation can be exacerbated by temperature inversions, as layers of warm air get trapped underneath the cold, dense, smog-filled layers. At the same time, surrounding mountains make it difficult for the smog to leave the area.