According to responses posted to the USGS website, the quake was felt as far away as Carmel Mountain Ranch and Scripps Ranch. There were no reports of serious damage.

Seismologist Lucy Jones said on Twitter that magnitude 4 quakes near the San Andreas “increase the chance” of a big quake “a little bit. But we have swarms without big earthquakes – most likely nothing more will happen.” 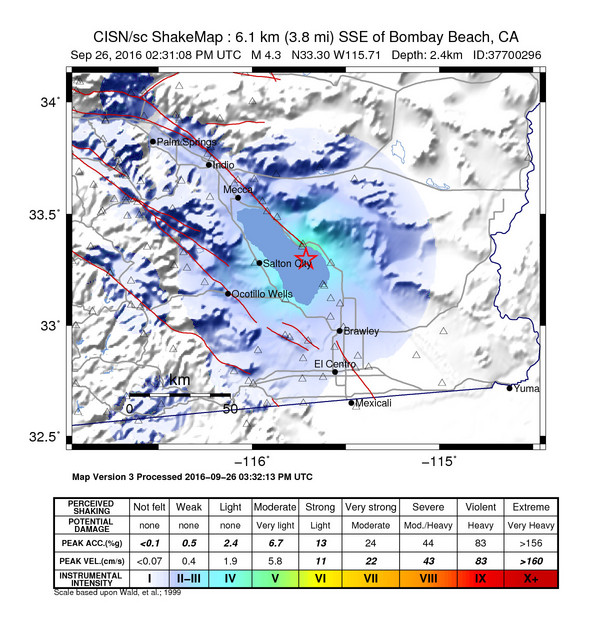 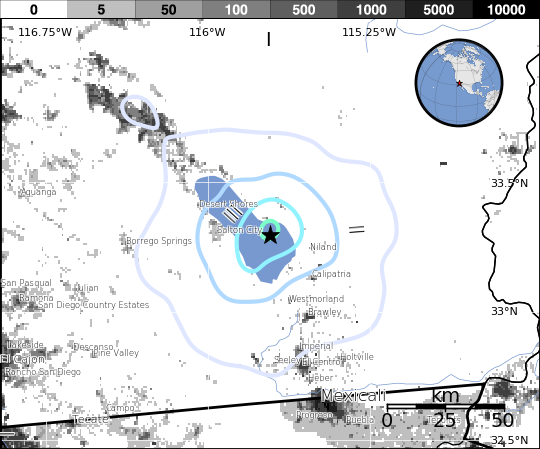 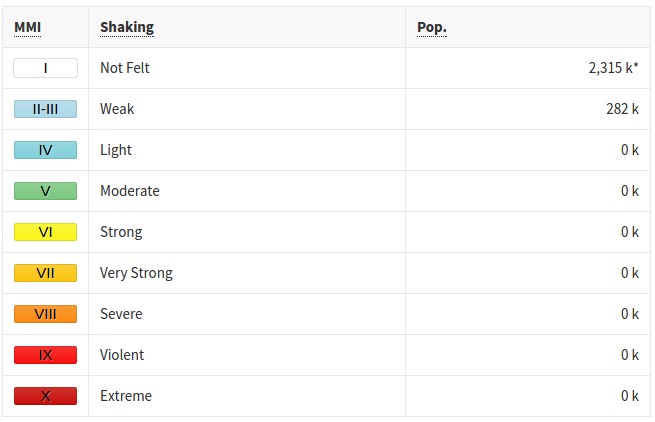 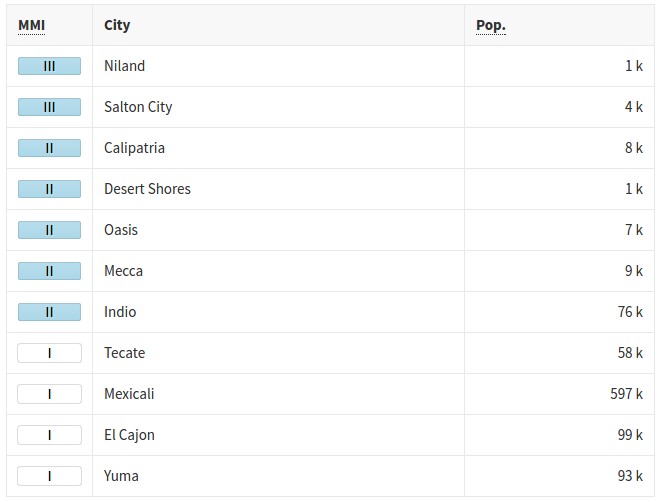 Many of them were centered near Bombay Beach and felt in a relatively small area. 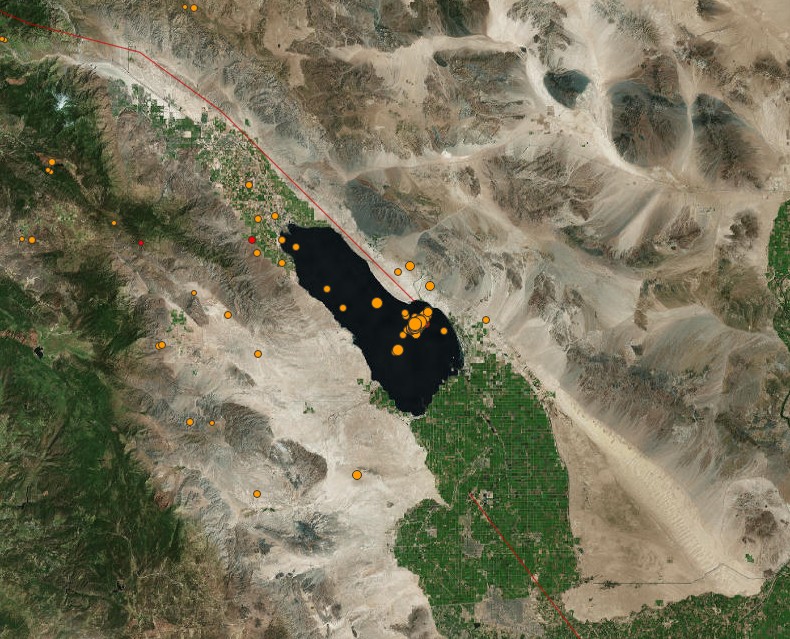 This remote desert area is shaken by swarms of small to moderate earthquakes that last several days every year and seismologists have long suspected they can trigger movement on other nearby faults, including the San Andreas. The strongest evidence of this occurred in 1987, when a magnitude 6.2 earthquake near the Salton Sea triggered a magnitude 6.6 quake 12 hours later on the Superstition Hills fault to the south. (LA Times, 2009)

Salton sea sits atop a very thin crust that is constantly stretched as the North American and Pacific plates grind against each other. Scientists believe that because of the thinness of the crust, hotter material can get closer to the surface and cause temblors.