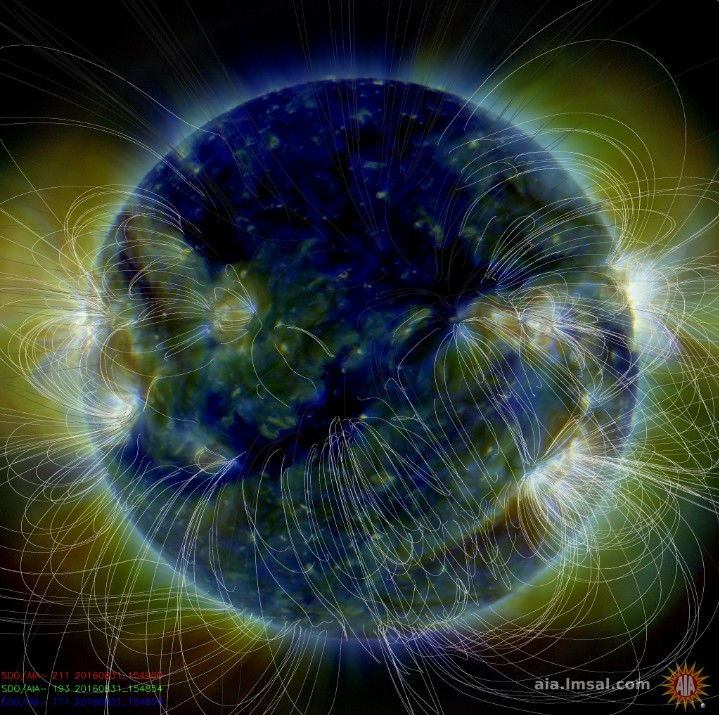 During the last 24 hours (by 12:30 UTC on September 1, 2016), solar wind speeds ranged between 397 km/s – 460 km/s, reaching a peak speed near 470 km/s. Total field remained steady between 6 nT – 9 nT, while the Bz component remained mostly southward, with max deflections to near -9 nT. Phi angle was in a predominately positive orientation.

Solar wind parameters are expected to remain enhanced through September 3. Solar wind speeds over 500 km/s are anticipated in association with the coronal hole effects. 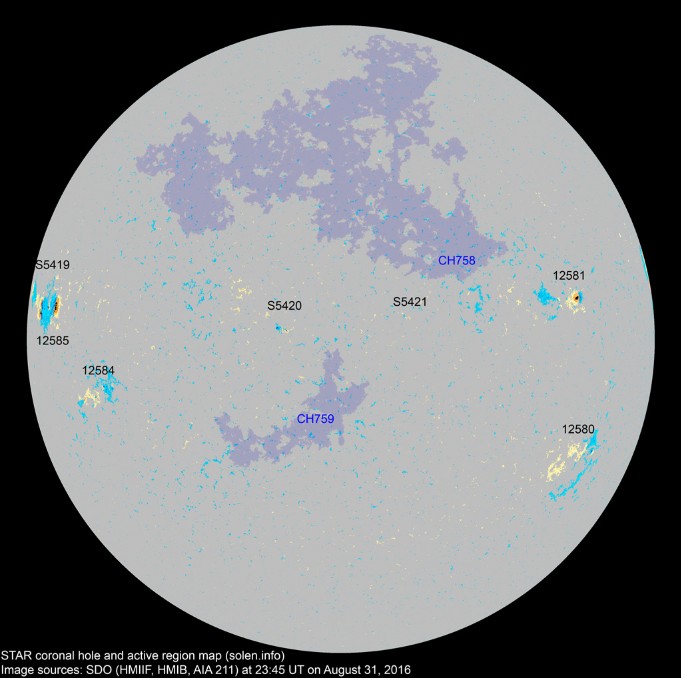 Meanwhile, big Active Region 2585, one of this year's largest sunspots, is turning into view off the east limb. The region has exhibited slight growth in its main leader spots over the past 24 hours, but is still too close to the limb for accurate analysis of its magnetic complexity.

The threat for C- and M-class solar flares is now rising.