A wildfire that started on July 22 in the mountains of the Santa Clarita Valley, Angeles National Forest, north of Los Angeles, California has exploded over the weekend, scorching more than 13 300 hectares (33 000 acres) by early morning UTC on July 25, 2016. Mandatory evacuations are in place as the blaze continues to threaten hundreds of homes. Authorities say the fire 'ripped through like a freight train.'

At least 18 structures have been destroyed and one damaged in the Bear Divide and Sand Canyon areas. Most of them were in the Angeles National Forest, near Little Tujunga Canyon Road and Bear Divide. One fatality was confirmed, but it is not clear yet whether the person died in a fire-related incident. Officials said that the body was found inside a burned car parked in a driveway.

The fire was burning in hills toward Acton by late Sunday afternoon, LA Times reports. "Mandatory evacuations were still in place Sunday for about 1 500 residents in parts of Sand and Placerita canyons, as well as for others along Little Tujunga Canyon Road."

The valley was primed for a fast-moving fire that was fueled by “excessive heat, low humidity, and extreme dry fuels that have not burned for several decades,” Los Angeles County official said. 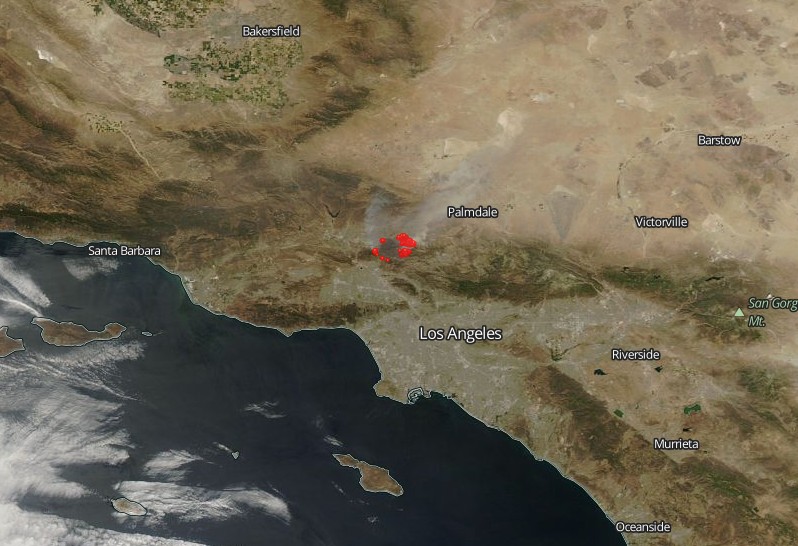 John Tripp, LA County deputy fire chief, said there had been three major fires in Sand Canyon in the last decade or so, including the Station Fire, which burned more than 200 homes and claimed the lives of two firefighters in 2009.

Even still, some of the area's vegetation has not burned in some 60 years, fueling this weekend's fire. Flames were seen 6 to 15 meters (20 to 50 feet) high and seemed to jump ahead by 400 meters (a quarter-mile) at a time.

Tripp added he couldn't help but worry about what the remainder of the season will bring.

"We've never had four major fires within six weeks in June and July," he said.

South Coast Air Quality Management District has issued a smoke advisory for much of the county.

"In any area impacted by smoke," the agency said. "Everyone should avoid any vigorous outdoor or indoor exertion."

Ash is a relatively large particle, but the fine, invisible particles are most dangerous because people can breathe them into their lungs. Handkerchiefs and masks are likely to stop ash, but not the finer particles, SCAQMD said.

Keep windows and doors closed or seek alternate shelter. Run your air conditioner if you have one and keep the fresh air intake closed and the filter clean to prevent bringing additional smoke inside. Avoid using a swamp cooler or whole-house fan to prevent bringing additional smoke inside. To avoid worsening the health effects of smoke, don’t use indoor or outdoor wood-burning appliances, including fireplaces.

"Wildfires increase the particulate matter in the air, and the increased concentration of those particles can cause irritation to the eyes, nose and throat," SCAQMD’s health effects officer said. People with asthma could experience wheezing and an increased risk of attacks. The poor air quality could also affect lung functions and people’s ability to take deep breaths. 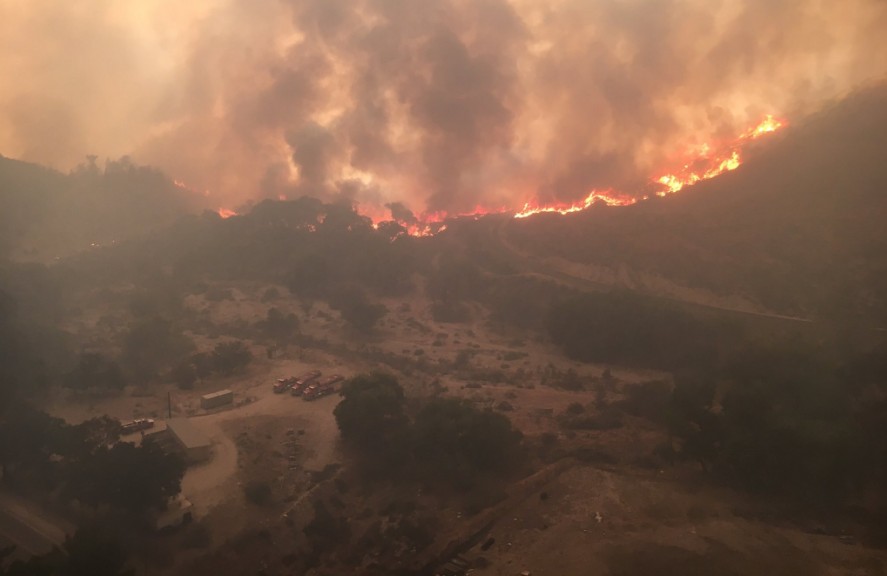 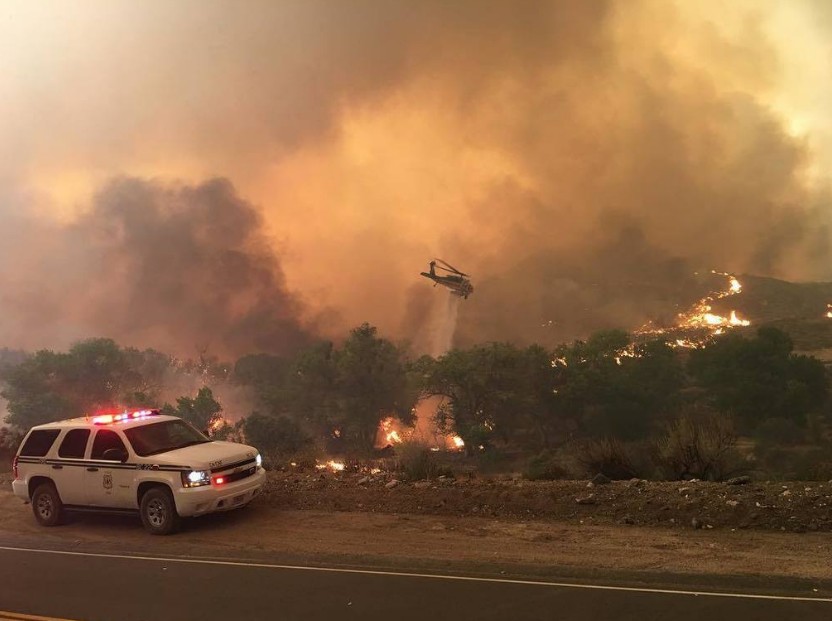 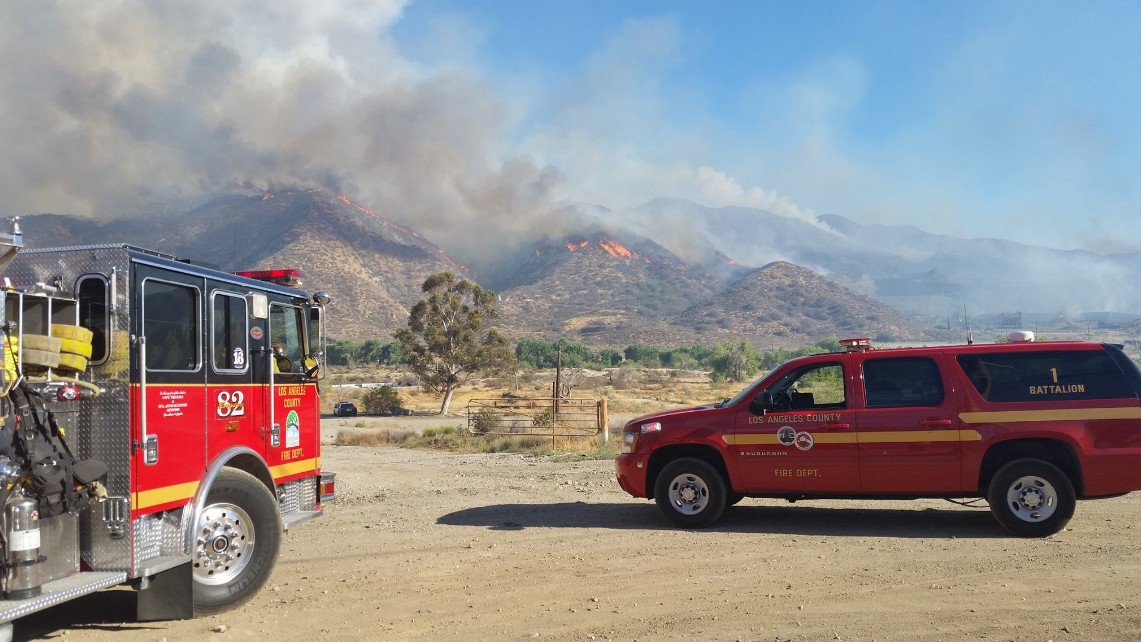 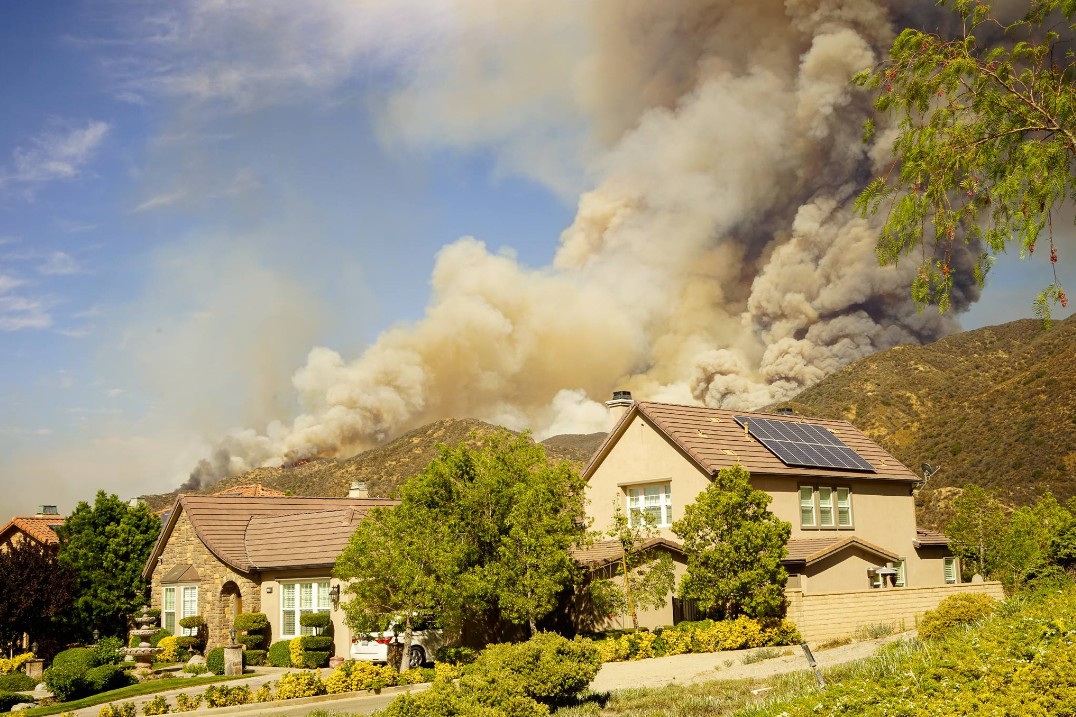 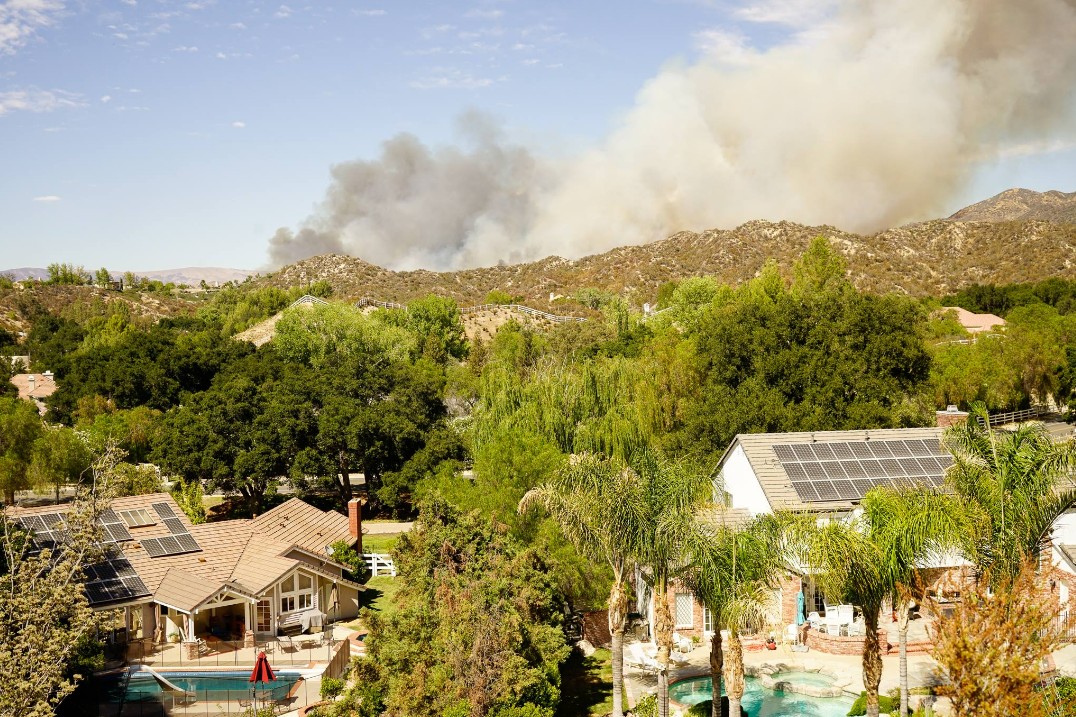