This Apollo class asteroid is expected to safely fly by Earth at a distance of only ~153 600 km (~95 442 miles) or 0.4 lunar distances. The discovery of this asteroid was pure luck, many more fly by us unnoticed or become burning fireballs in our atmosphere, as the one on June 2, 2016, over Arizona, US. 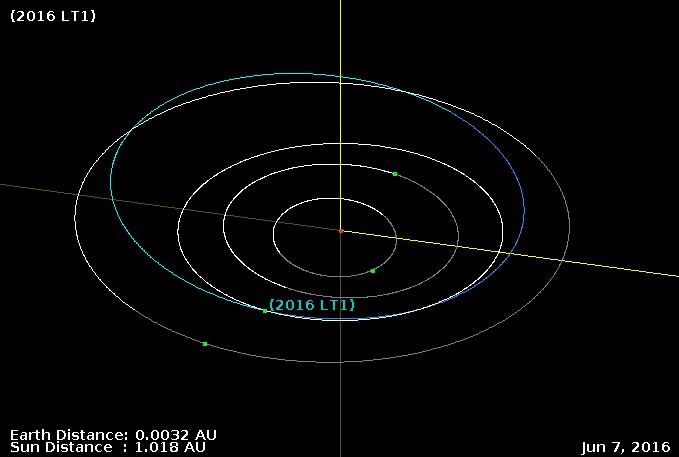 While 2016 LT1 was approaching us on June 6, the team at Virtual Telescope managed to capture it: 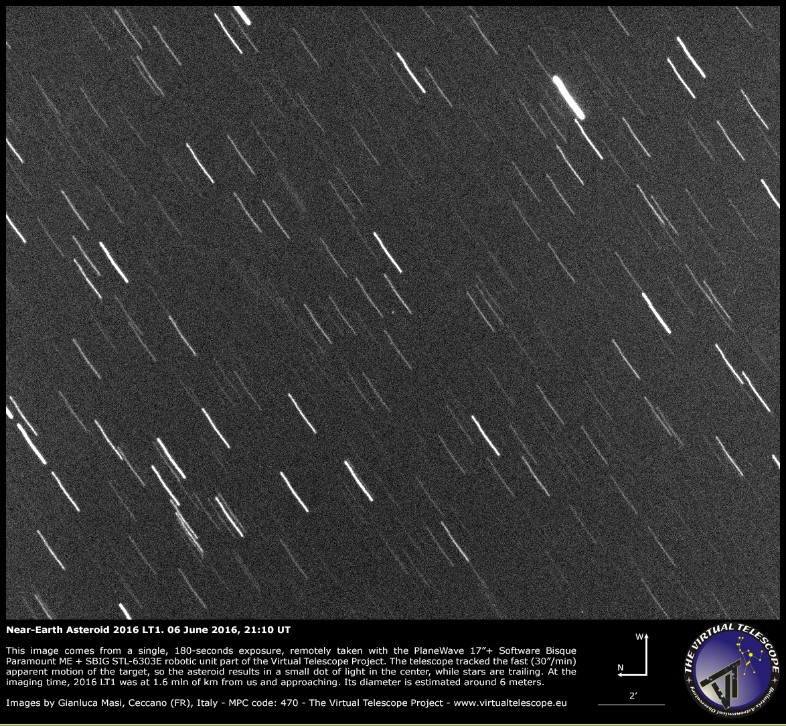 The image above is a single 180-seconds exposure, remotely taken with PlaneWave 17″+Paramount ME+SBIG STL-6303E robotic unit part of the Virtual Telescope. The robotic mount tracked the fast (30″/minute) apparent motion of the asteroid, so stars are trailing, while the asteroid is perfectly tracked (the minor planet is the sharp dot in the center). At the imaging time, the object was at about mag. 18.0 and at about 1.6 million km (~994 000 miles) from our planet and approaching.