Torrential downpours have been reported across portions of France over the last couple of days. The Seine-et-Marne and Loiret departments saw 20 days worth of rain over the last 72 hours, and red flood alerts were put in effect on June 1, 2016. Meteo France issued orange alerts for Cher, Indre, Indre-etLoir, Loir-et-Cher, Meuse, Meurthe-et-Moselle, and Moselle at the same time.

Severe weather conditions have wreaked havoc across parts of western Europe, including Germany and France, since May 28, 2016. Heavy rainfalls have caused the rivers to swell and triggered massive, widespread flooding and deadly thunderstorms that killed several people and injured over 35 across the affected areas. Forecasters predicted the outbreak would last until May 31. However, the consequences will surely be felt for some time afterward. 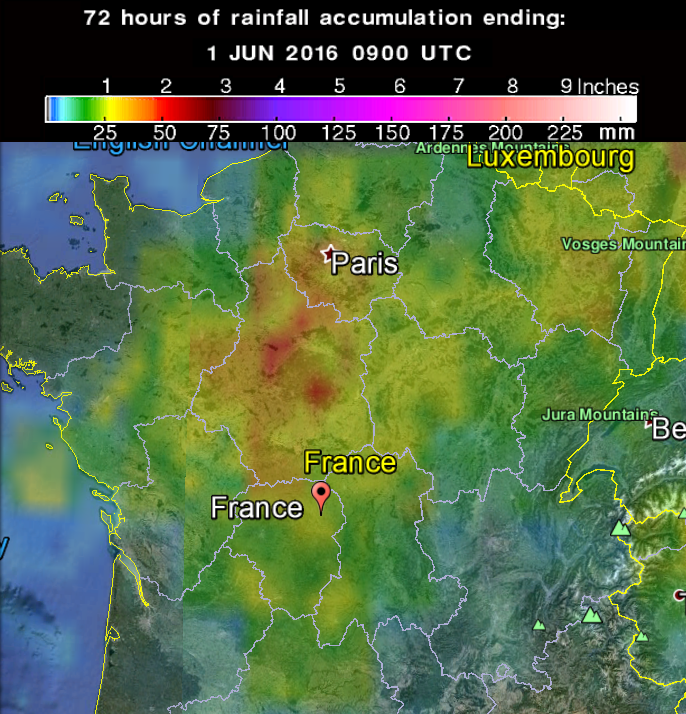 Over 70 mm (2.75 inches) of rainfall was observed at Bruay-la-Buisserie in Pas-de-Calais. The local town of 23 000 residents was protected from the flooding by the dam. 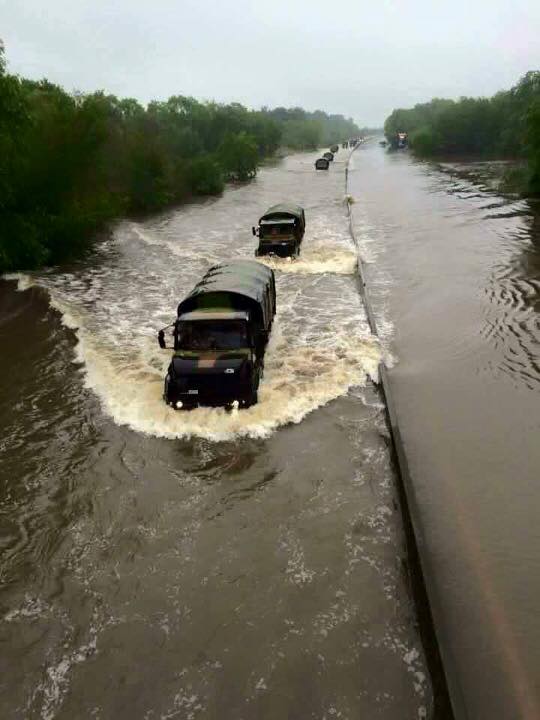 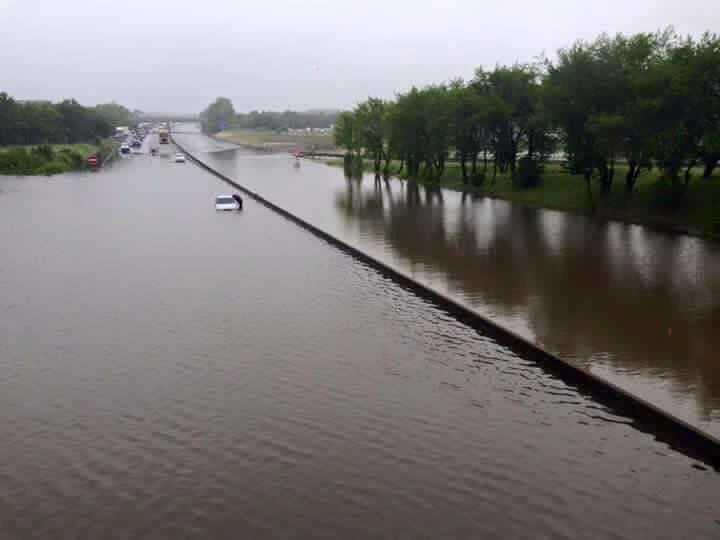 The flooding blocked 47 roads in the Yonne while the other 71 are immersed in the water, as well, but can be passed with extreme caution. 200 motorists got trapped by the flooding waters on the A10 road close to Orléans. The army performed a successful rescue operation on the occasion.

Meteorologists in Belgium reported 45 days worth of rainfall in only 24 hours along the borderline with France on May 31. Over 8 000 rescue operations were conducted from the Belgian border south to Burgundy over the last two days, according to Bernard Cazeneuve, the Interior Minister.

The heavy rainfall is expected to continue throughout June 2. Meteo France warned the people to avoid traveling in the areas of Seine-et-Marne and Loiret. Residents of the most severely affected areas should exercise caution and ensure they have enough fresh water supplies available. Vehicle drivers have been urged to take precaution measures and refrain from driving along the flooded roads, as strong currents are capable of sweeping away the vehicles, despite appearing harmless.