After M1.0 at 10:47 UTC on February 12 and M1.8 at 15:24 UTC on February 13, this is the third M-class solar flare produced by this region over the last couple of days. The region was also responsible for numerous C-class flares. 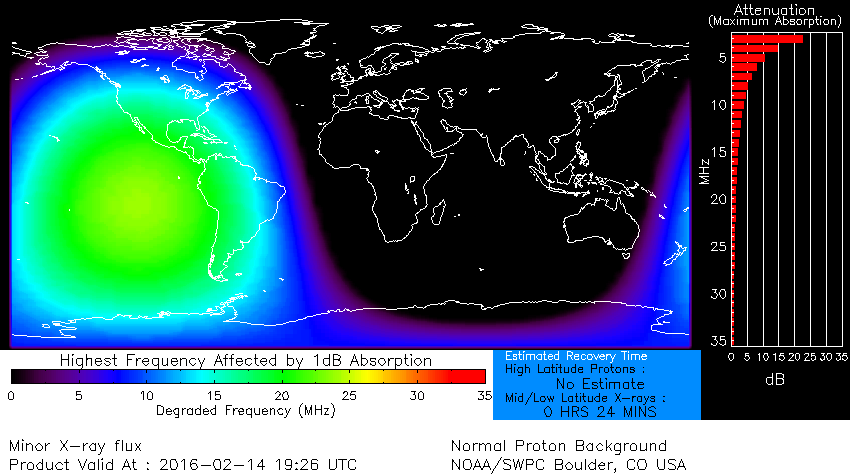 There were no signatures that would suggest a Coronal Mass Ejection (CME) was produced by today's event. However, this region erupted with a long duration C8.9 solar flare on February 11 and produced an asymmetric partial-halo CME with an Earth-directed component. The CME is expected to arrive late February 14 or early February 15.

Region 2497 is exhibiting slight growth and consolidation, particularly in its larger intermediate spots. It is rotating toward the west limb and will soon start its farside rotation. 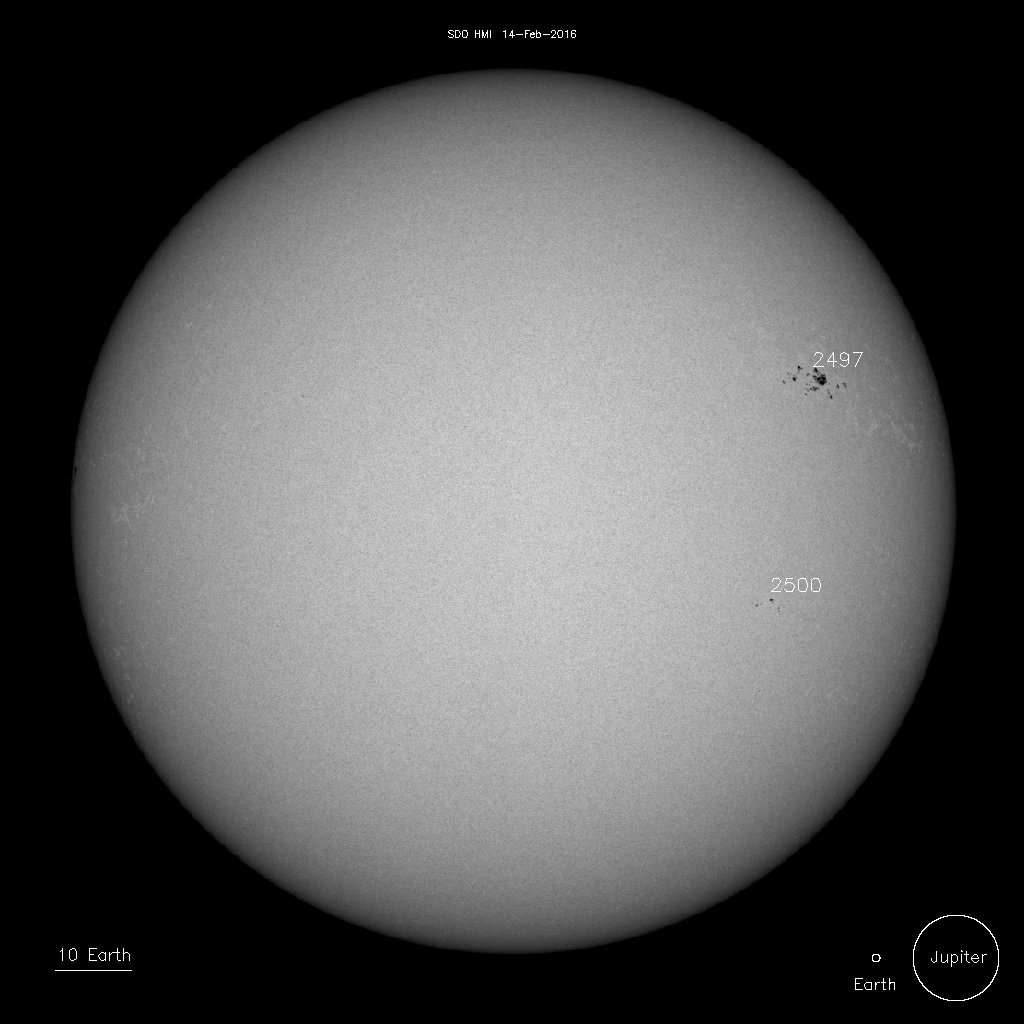 Solar activity is expected to be at low levels with a chance for M-class flares (R1 – R1, Minor – Moderate) over the next three days (February 14 – 16) due primarily to the flare potential from Region 2497.