Heavy rainstorms have been continually affecting numerous regions of Panama over the last couple of weeks, causing heavy floods and landslides. No deaths have been reported so far, however over 3 000 people were affected by severe weather conditions, as of September 23, 2015.

Joseph Donderis, the director of the National Civil Protection System (SINAPROC) reported falling trees, roofs and heavy flooding in various parts of the country, as of September 22. Residents also reported the water and power supplies have been cut off due to heavy rainstorms.

Approximately 110 mm (4.3 inches) of rainfall was measured in a 24 hour period between September 22 and 23 in Santiago city in western Panama. 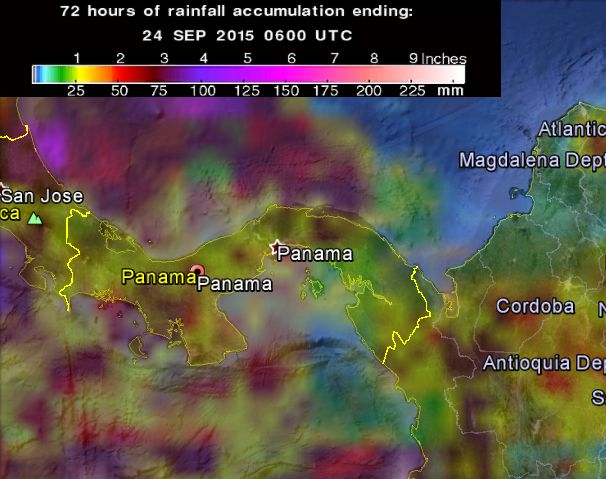 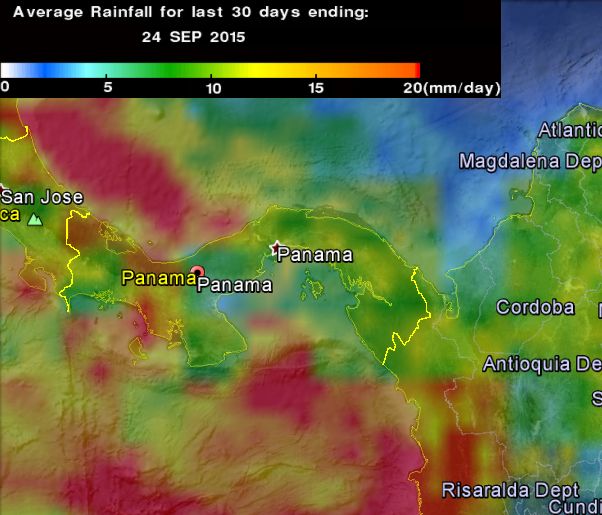 Floods and landslides have made a significant impact on more than 3 000 people in Panama city, central eastern Panama, causing damage to infrastructure and heavily disrupting traffic along the affected areas. Over 700 homes have been damaged in Panama city alone, while over 400 have been affected in Santiago city, of which 100 has been evacuated due to heavy flooding.

According to SINAPROC, the areas affected included the provinces of Sona, Montijo and Santiago, Veraguas and Puerto Caimito in the west of Panama.

Landslides have been reported in the area of Las Nubes in Loma Cova, Arraijan, damaging 3 houses in the area.

Meteorologists predict thunderstorms with light to moderate rainfall will continue throughout Panama on September 24, and might stretch over the weekend in some places.