The Solomon Island's National Disaster Office said there were no immediate reports of any damage or injuries. 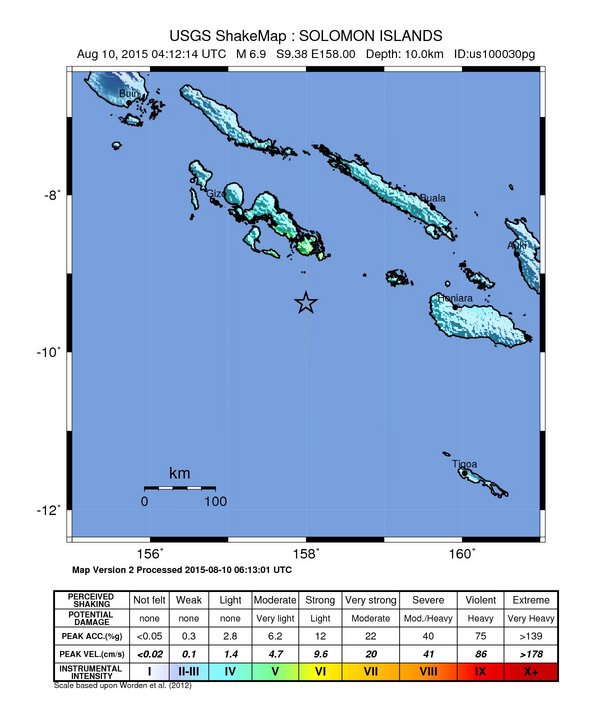