Solar activity has increased to moderate levels during last 24 hours with an impulsive M1.0 solar flare (R1-Minor) at 08:55 UTC on June 11, 2015. The source was an area of enhanced emission on the Sun's east limb.

Current SDO imagery reveals a cluster of sunspots rotating onto the SE limb in the vicinity of the M1 flare, SWPC noted in their Forecast Discussion published 12:30 UTC on June 11, 2015. 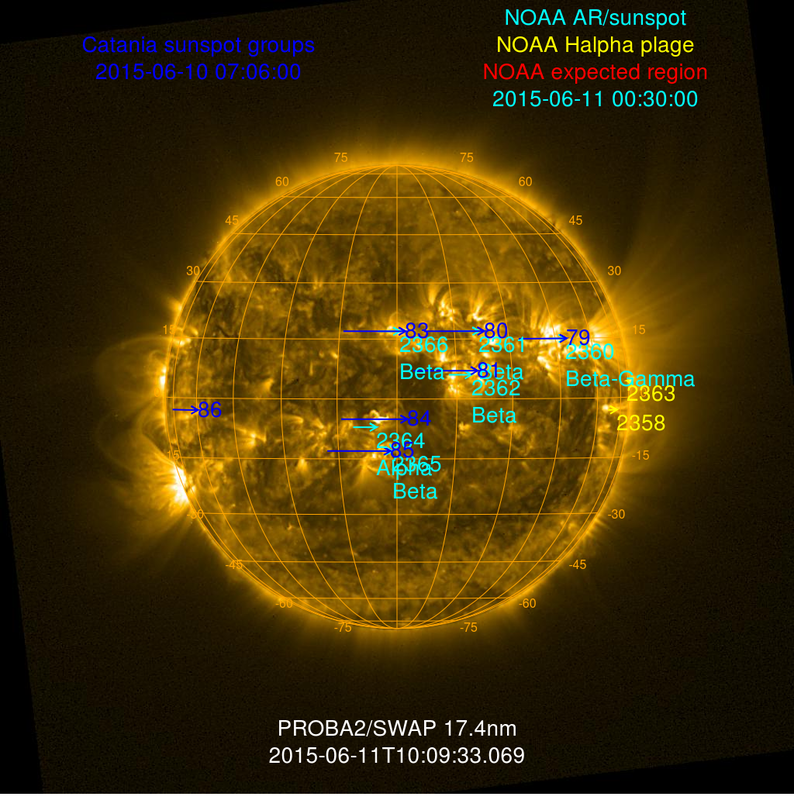 The remainder of the spotted regions were either stable or in decay.

SWPC's forecasters expect solar activity to be low with a chance for M-class activity over the next three days (June 11 – 13, 2015) primarily from areas of enhanced emission on the east limb. 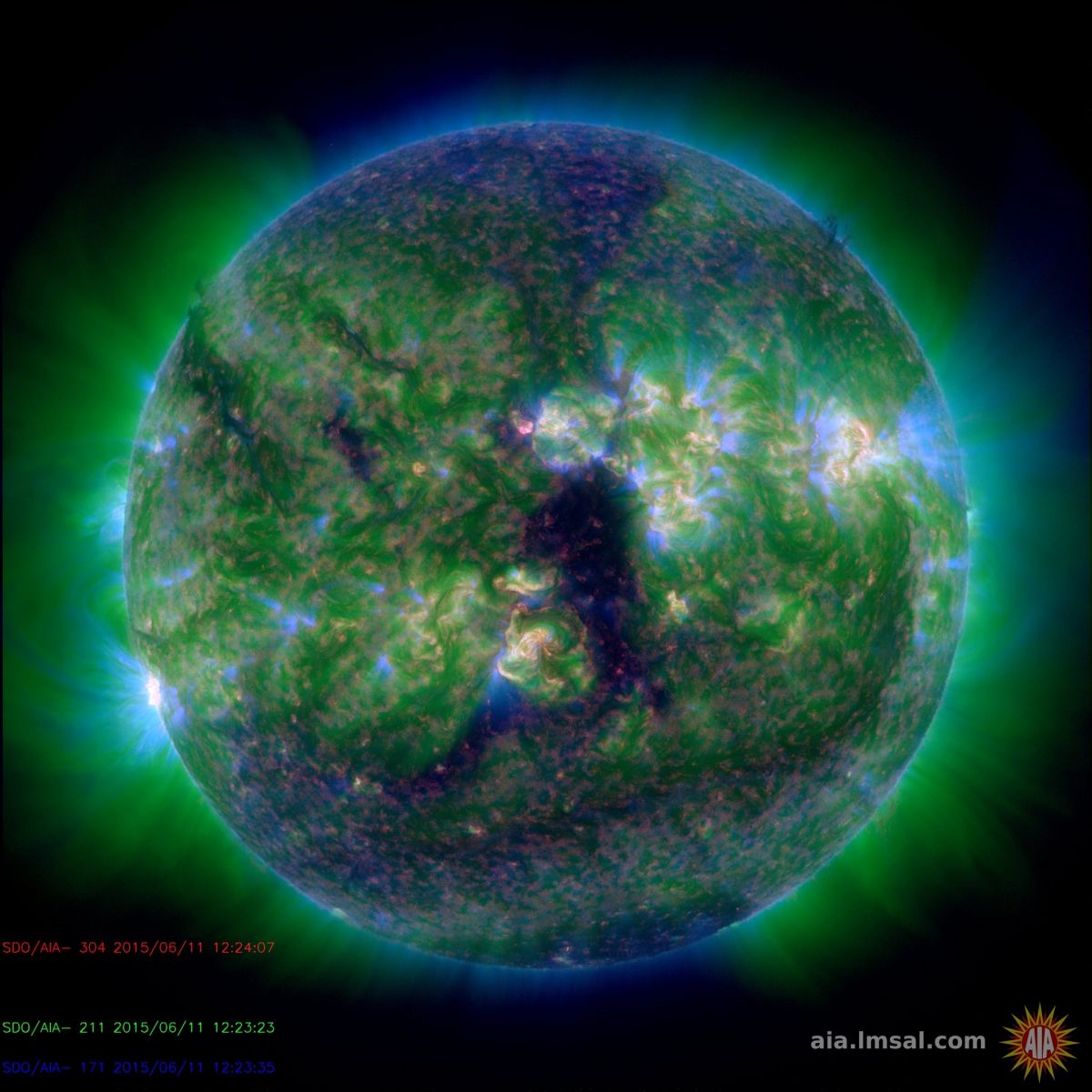 The greater than 2 MeV electron flux reached high levels in last 24 hours with a peak flux of 4603 pfu at 17:35 UTC on June 10. It is expected to remain at moderate to high levels from June 11 – 13 in response to coronal hole high speed stream (CH HSS) effects.

Solar wind speeds remained in the mid 500 km/s to lower 600 km/s range with total field values ranging between 2nT and 6 nT. The Bz component was variable between +/-3 nT. Phi angle was oriented in a predominantly negative (towards) sector.

Solar wind parameters are expected to slowly diminish on June 11 and into early June 12 as CH HSS effects wane.

However, a glancing blow from the June 9 CME is expected to impact the geomagnetic field approximately midday on June 12, resulting in further enhancement to solar wind parameters. A slow recovery from CME effects is expected on June 13. 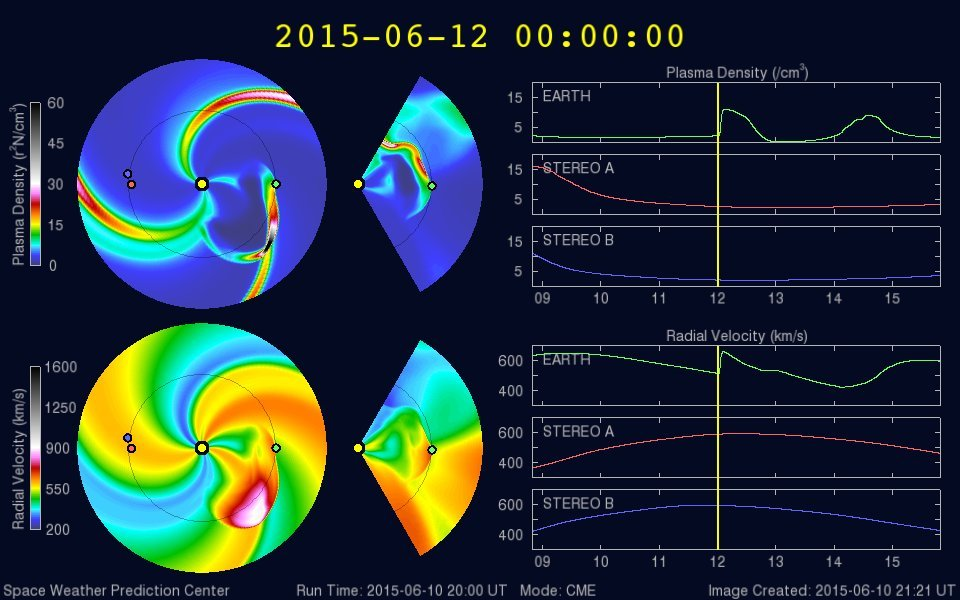 Unsettled to active geomagnetic field levels are expected to persist through early June 13 followed by a slow recovery from CME effects.