The eruption generated several pyroclastic flows, some of which surpassed the 350 m high western caldera wall.

The explosion could have been a result of gas pressure that slowly build up under the lava dome's plug of viscous lava, VolcanoDiscovery said.

Alert level was set to red following the eruption, and lowered back to orange afterwards as no new eruptions followed and the ash had dissipated. 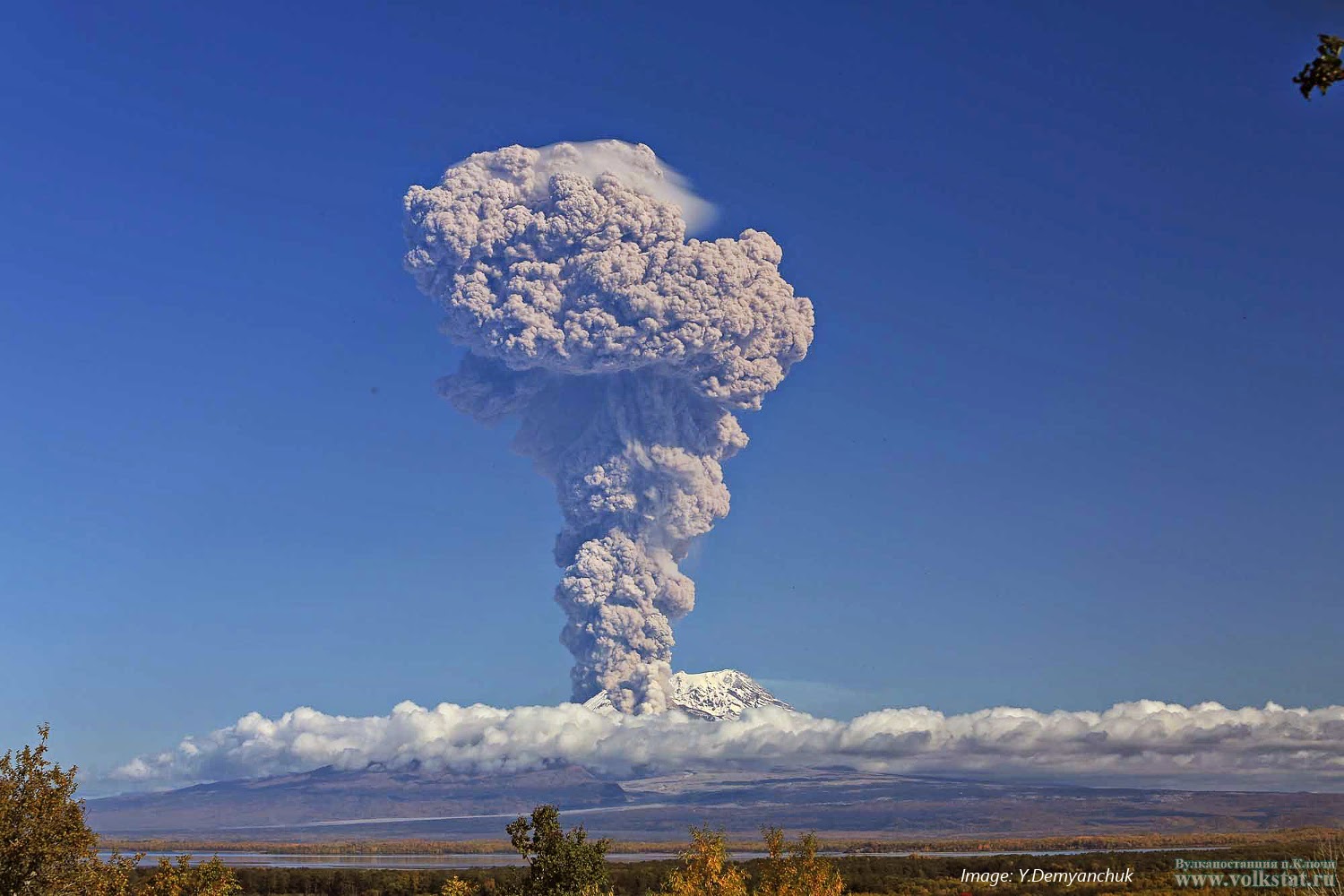 The high, isolated massif of Shiveluch volcano (also spelled Sheveluch) rises above the lowlands NNE of the Kliuchevskaya volcano group. The 1300 cu km Shiveluch is one of Kamchatka's largest and most active volcanic structures. The summit of roughly 65,000-year-old Stary Shiveluch is truncated by a broad 9-km-wide late-Pleistocene caldera breached to the south. Many lava domes dot its outer flanks.

Widespread tephra layers from these eruptions have provided valuable time markers for dating volcanic events in Kamchatka. Frequent collapses of dome complexes, most recently in 1964, have produced debris avalanches whose deposits cover much of the floor of the breached caldera.