The source was Active Region 2172 (beta-gamma) located in the southeast quadrant.

The event was associated with 250 sfu Tenflare along with Type II (est. speed 652 km/s) and Type IV radio sweeps. Further analysis will be completed as imagery comes in to determine if there is a CME associated with this event. If it was, an Earth directed component is possible.

This region already produced several B and C-class solar flares since it rotated into view a couple of days ago. This was its strongest flare since then.

NOAA SWPC forecasters estimate 30% chance for M-class and 05% chance for X-class solar flare in the next two days. 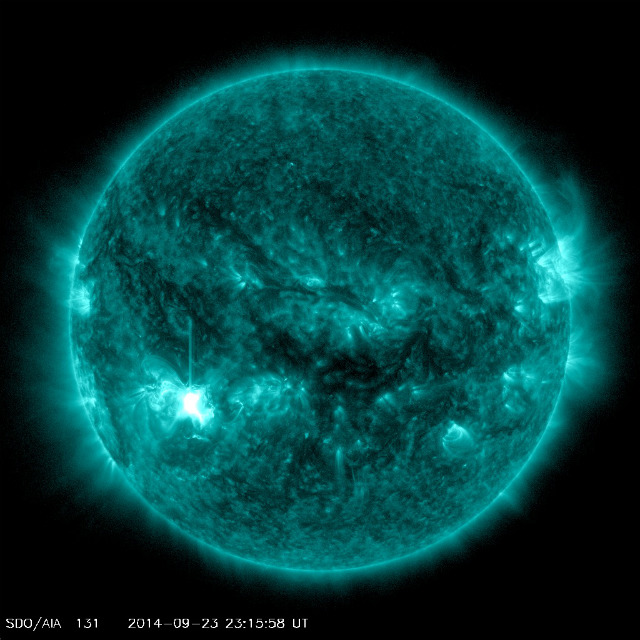 There are currently 6 numbered sunspot regions on the disk. AR2172 continues to grow and has a potential to produce strong eruptions. Due to its location Earth directed CMEs are possible in the coming days.

Other spotted regions are inactive and unremarkable. 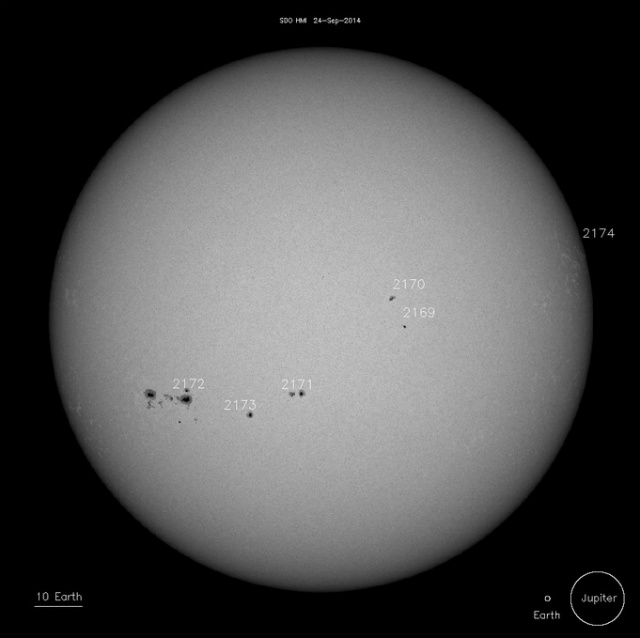 Earth is under the influence of a positive polarity coronal hole high speed stream (CH HSS) and solar wind parameters are expected to reflect its continued influence through September 24 – 25. A decrease in wind speeds and nominal conditions is expected on September 26.

The geomagnetic field is expected to be quiet to unsettled, with a chance for active periods (below G1-Minor) for the next two days (September 24 – 25) due to CH HSS effects. Mostly quiet conditions are forecast on September 26. (SWPC)