This event was associated with a Type IV radio emission. Type IV emissions occur in association with major eruptions on the sun and are typically associated with strong Coronal Mass Ejections (CMEs) and solar radiation storms.

CME is most likely directed away from Earth line. More information will be available after the analysis is complete.

NOAA SWPC forecasters estimate a 70% chance of M-class and a 15% chance of X-class solar flares in next two days. The likely sources are AR 2108 and 2109. They both have 'beta-gamma-delta' magnetic fields and harbor energy for strong eruptions. 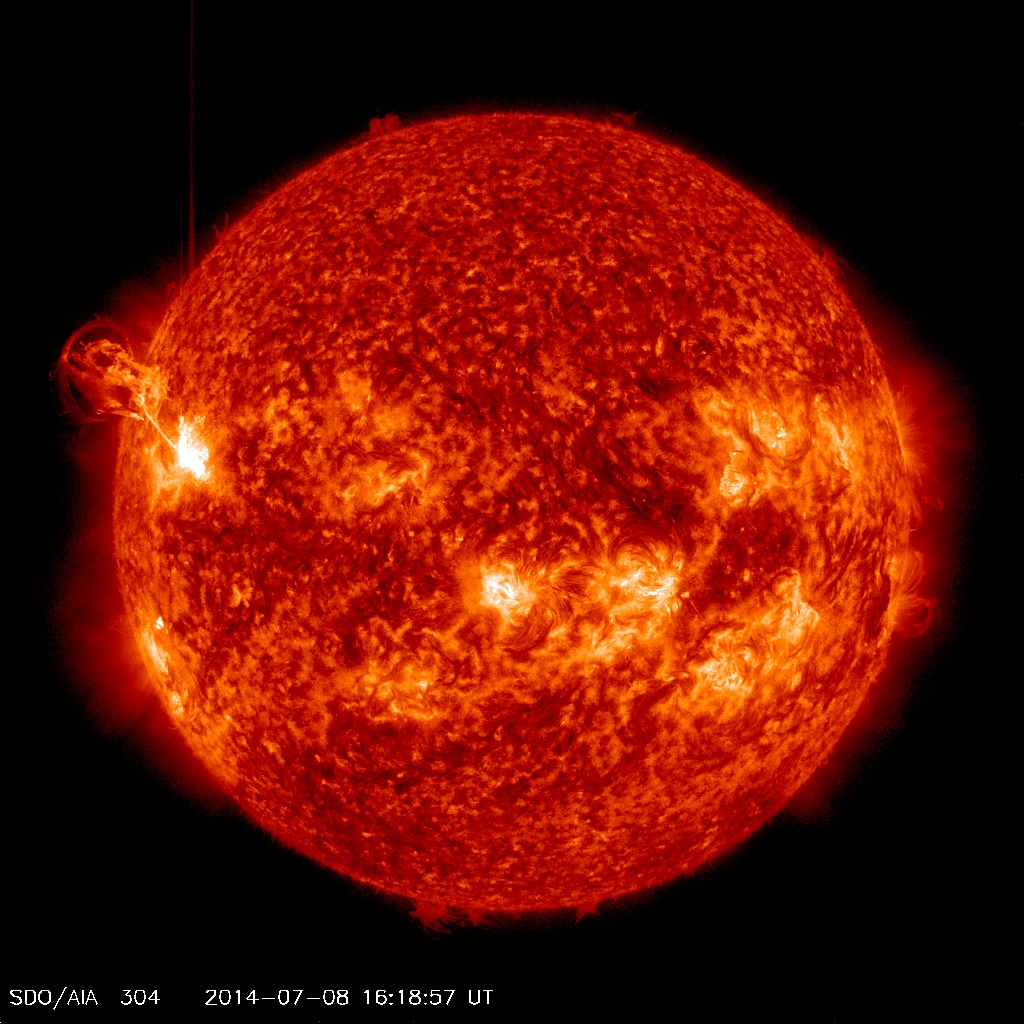 Region 2109 and Region 2108 (S08W12, Ekc/beta-gamma-delta) dominated the solar disk in size and complexity, although Region 2109 seemed to decay somewhat during the past 24 hours. Region 2108 is the largest group on the disk with an approximate area of 720 millionths in a complex EKC, beta-gamma-delta configuration. The Region showed overall growth, as well as rotational motion in the large leader portion combined with an apparent shearing motion between the northern and southern sections of the trailing portion of the spot group. Nonetheless only minor brightenings were observed from Region 2108.

Overall there are eleven numbered sunspot regions on the solar disk and some indication of additional small groups that are in the process of emerging. 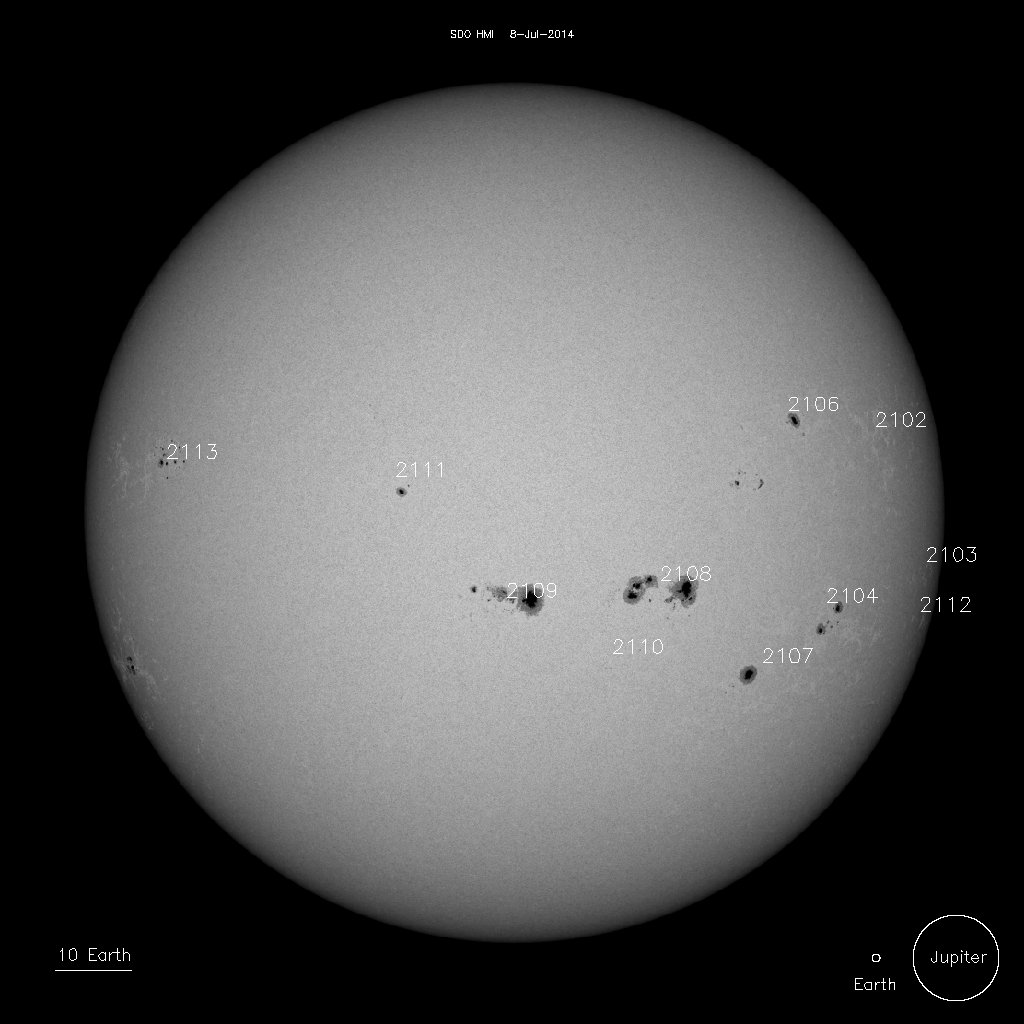