The X1.5 flare was associated 10 cm radio burst (530 sfu), a Type IV radio sweep, and a partial halo CME first seen at 10/1325 UTC in C2 imagery. Its CME's estimated speed was around 929 km/s and was observed overtaking the first.

WSA ENLIL modeling of the event shows a potential for a glancing blow arriving midday on June 13. Only an outside chance of at most G1 (Minor) geomagnetic storming is forecast.

Another partial halo CME, associated with the C9 flare from Region 2085 first seen in C2 imagery at 12:48 UTC on June 9 was also input into the model. The arrival of this CME is projected to be around 19:00 UTC on June 14. (SWPC) 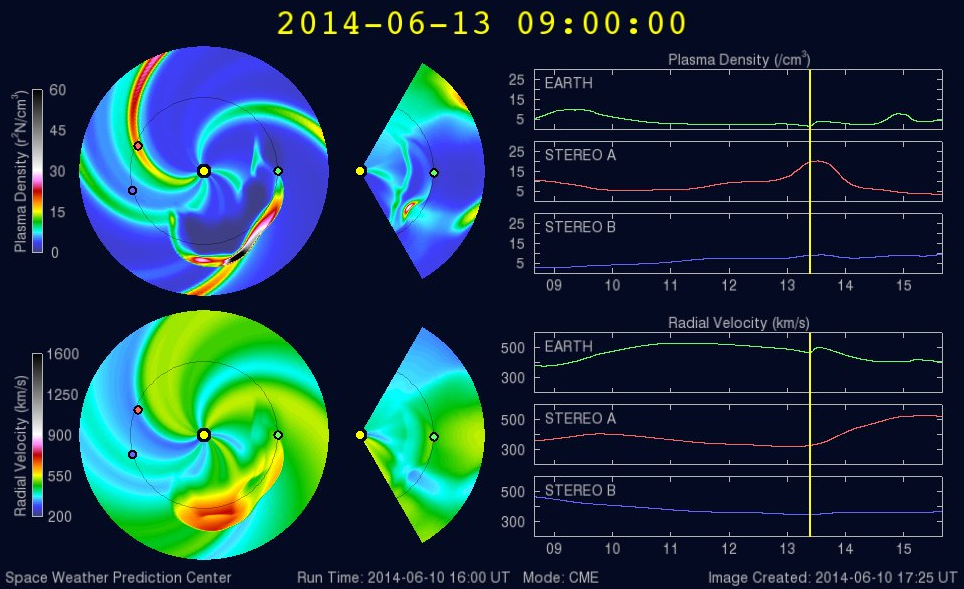 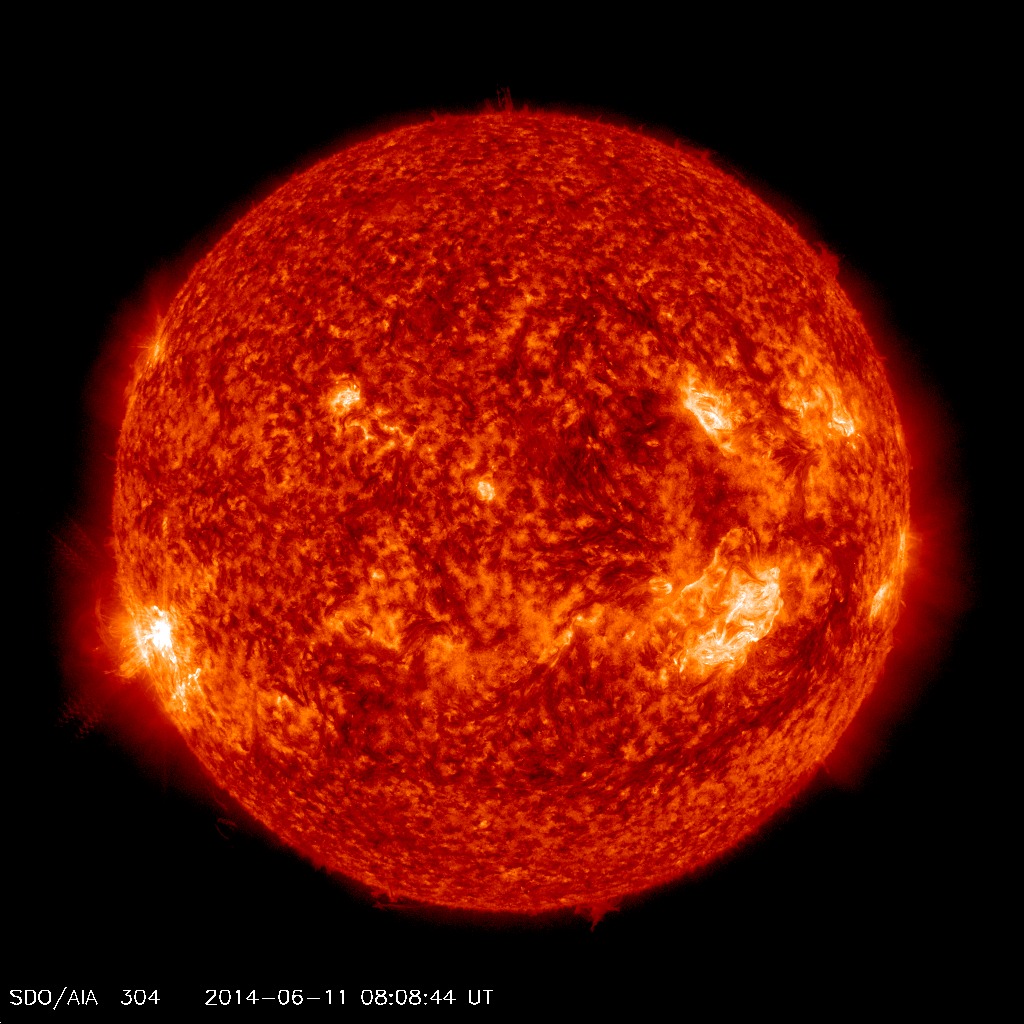 Slight decay was observed in the intermediate and trailing spots of Regions 2080 (S12W36, Dkc/beta-gamma-delta) and 2085 (S20W30, Ekc/beta-gamma) with umbral consolidation in the leader spots. Only minor C-class flaring was observed between these two regions, however they have retained their magnetic complexity. Region 2087 continued to rotate around the SE limb and appeared to be have some separation within its leader spots. 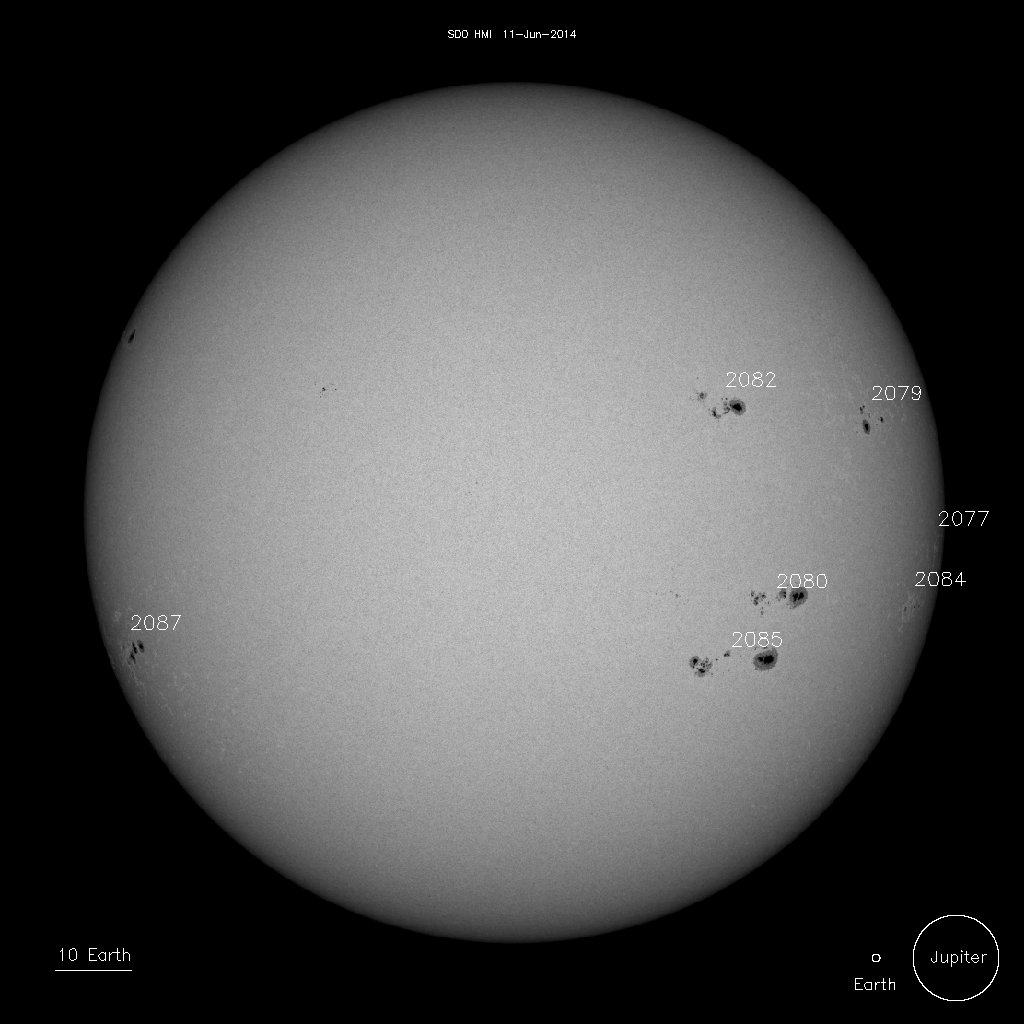 Solar wind speeds are expected to return to near nominal levels on June 11 and 12. An enhancement is expected approximately midday on June 13 as a combination of coronal hole high speed stream (CH HSS) and a potential glancing blow from the June 10 CME are expected.