SHOA Chile reported there is no tsunami risk, but a small tsunami watch is in place. ONEMI Chile has ordered the preventive evacuation of the city of Tocopilla.

Landslides are reported in Tarapaca. In general people are afraid and are standing in the middle of the road. (ER) 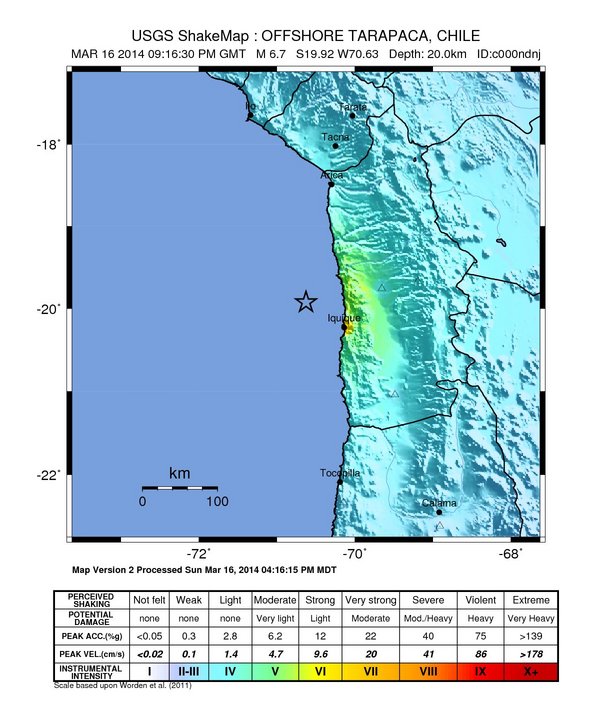 The Civil Defense of Northern Chile reportes a lot of broken windows. Yesterday’s mainshock generated a tsunami wave of 32 cm, not really dangerous for those who are not in the sea. 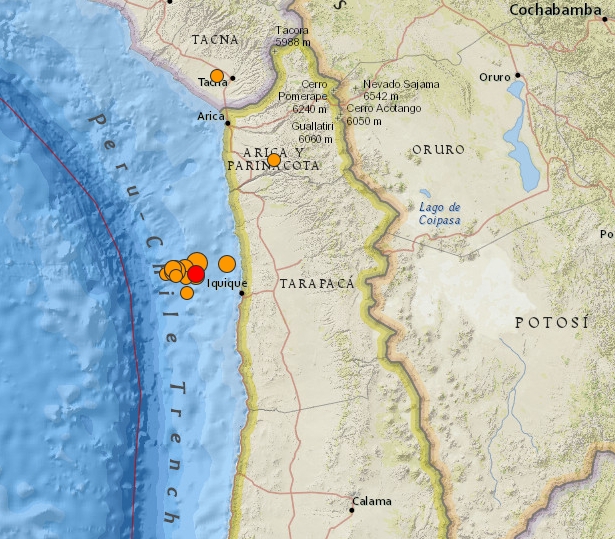 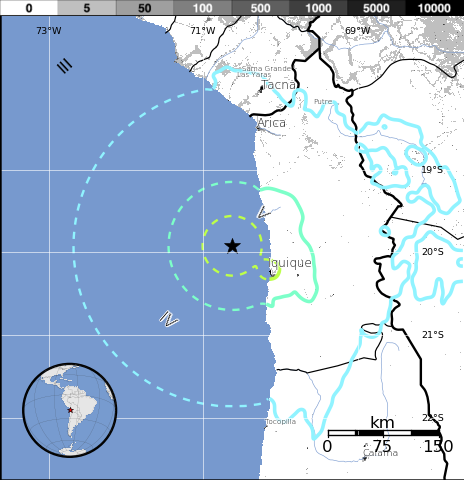