Active Region 1897 unleashed moderate M1.4 solar flare on November 13, 2013 at 15:20 UTC. This region has 'Beta-Gamma' magnetic configuration and is capable of producing strong eruptions on the Sun. It is still rotating into geoeffective position and CMEs from this region should be heading away from Earth.

However, this will change in the days ahead as AR 1897 rotates toward the center of the disk.

Solar activity is likely to be moderate (R1-R2 Minor-Moderate) with a chance for X-class (R3-Strong) flares for the next three days (November 13 – 15) as Regions 1890 and 1897 remain large, complex, and capable of further significant activity. 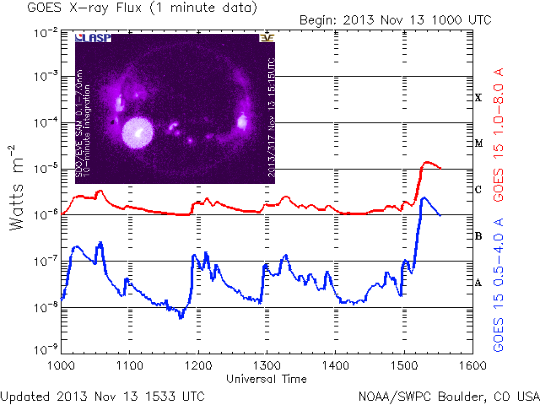 There are currently 7 active sunspot regions on the Earth side of the Sun.

Sunspot 1897 already produced several C-class flares and grew in size and complexity. This active region could produce strong flares in the coming days. Old Sunspot 1875 remained active during it's transition over farside of the Sun and it just emerged at eastern limb. This active region unleashed several strong flares in October and is about to continue it's rotation. Its new number is 1899.

Sunspot 1890 is decaying but it still has a 'Beta-Gamma-Delta' magnetic field that harbors energy for X-class solar flares. CMEs from this region should be directed away from our planet given its position near the western limb. 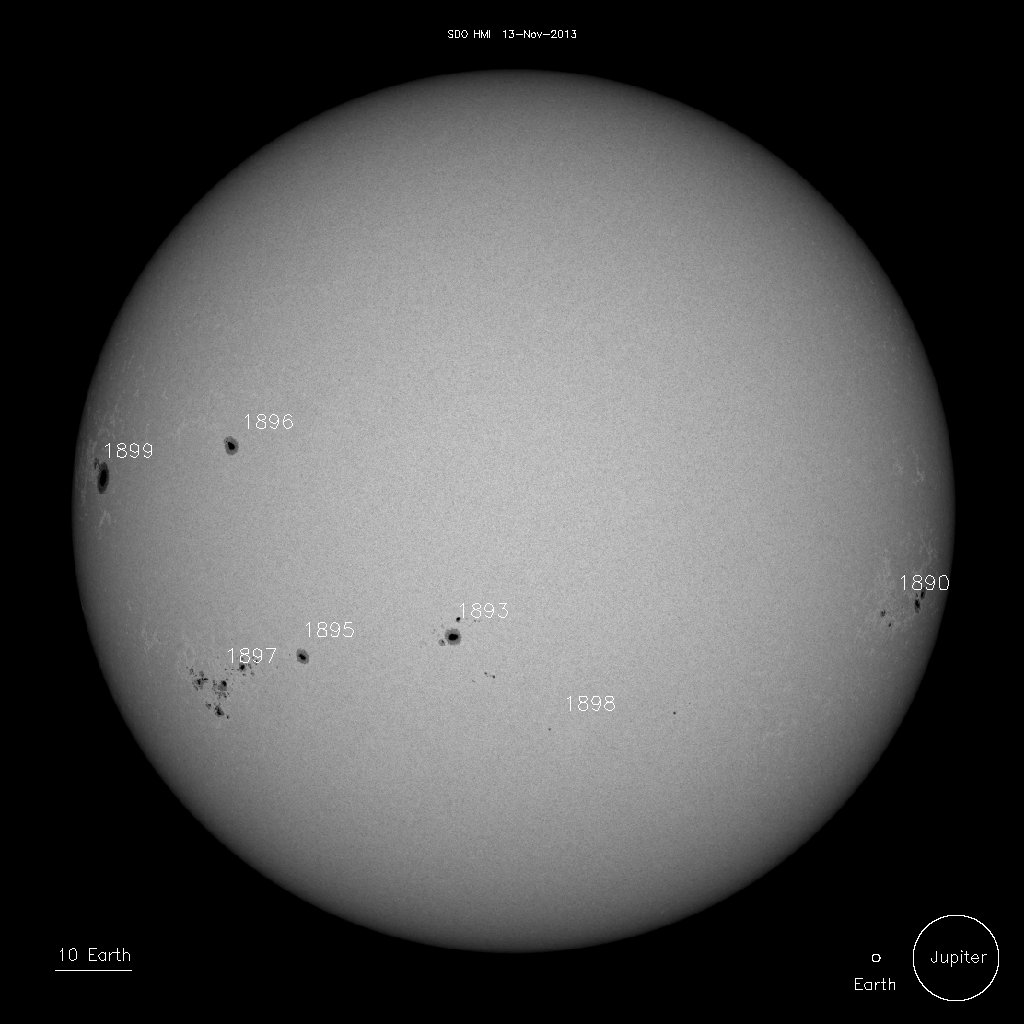