There are subtle signs of a new eruption brewing at Zhupanovsky volcano on Russia’s Kamchatka Peninsula which was quiet since 1959. The Earth-Observing 1 satellite captured ash above Zhupanovsky on November 5, 2013.

According to the Global Volcanism Program (GVP) the explosions at Zhupanovksy are phreatic, caused by the nearly instantaneous vaporization of water with hot material below the surface. 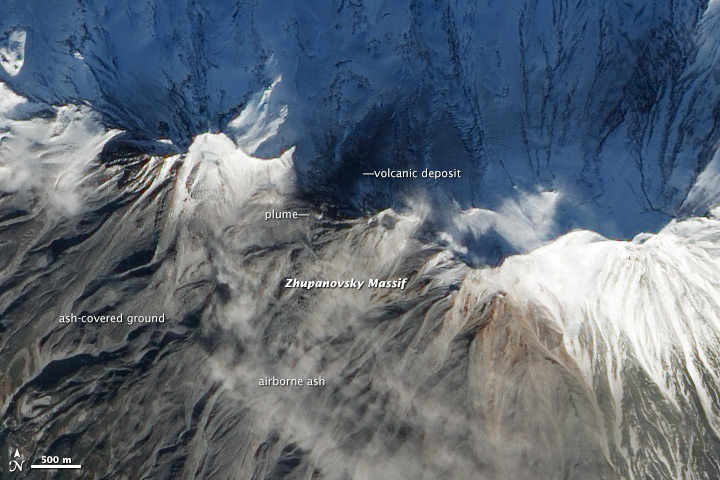 Latest entry to GVP weekly volcano reports for Zhupanovsky was on the week of October 23 – 29, 2013:

KVERT reported that a weak thermal anomaly over Zhupanovsky was detected on October 23. The next day a phreatic eruption began at about 03:00 and generated an ash plume that rose 5 km (16 400 ft) a.s.l. The ash plume was visible in satellite images drifting 40 km SE and S. Ash deposits about 10 cm thick were visible at the summit of the central part of the volcano, and deposits about 1 mm thick covered the Nalychevo Valley. The Aviation Color Code was raised to Orange. 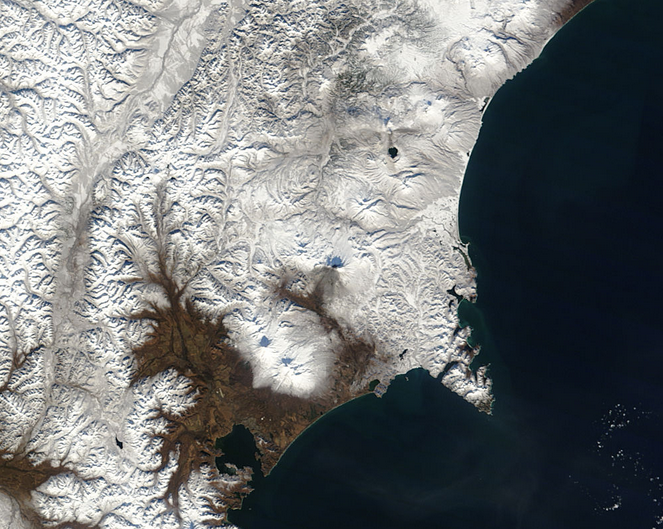 An early Holocene stage of frequent moderate and weak eruptions from 7000 to 5000 years before present (BP) was succeeded by a period of infrequent larger eruptions that produced pyroclastic flows.