Comet C/2012 X1 (LINEAR) is experiencing powerful outburst, brightening more than 100 times than two weeks ago. This comet is now located in the constellation Coma Berenices, almost 450 million km from Earth, and it is still a relatively easy target for backyard telescopes equipped with digital cameras. 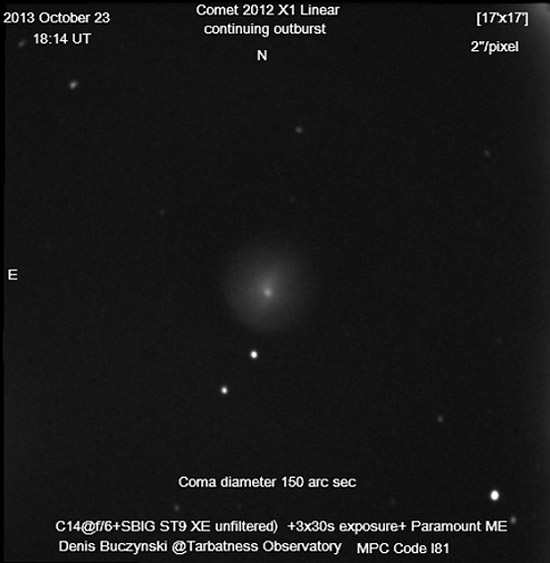 New follow-up images by amateur astronomers show jet-like structures in comet's expanding atmosphere. Amateur astronomer Nick James from Chelmsford, UK, used an 11-inch Celestron telescope on October 26, 2013 when he observed coma's diameter is increasing at a rate of 30 arcseconds per day. LINEAR's coma is expanding over period of two days or 65,000 km/day, which is a little less than 1 km/s.

Located in the constellation Coma Berenices, Comet LINEAR X1 rises in the east about an hour before the Sun. The low altitude of the comet in morning twilight is a challenge, but because the comet is fairly bright, magnitude +8.5, it is still a relatively easy target. 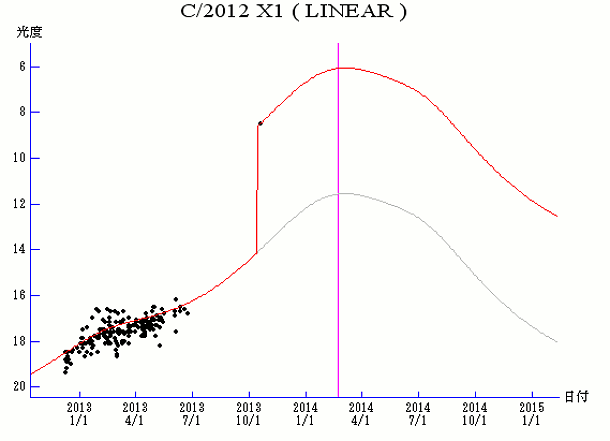