Unusually heavy rainfall occurred near the Amur river which marks the dividing line between China and Russia from the end of July to mid-August 2013. Starting on August 10, 2013, areas of northeastern China began to experience flooding.

From August 15 to 17, heavy rainfall worsened the problem, causing the worst flooding in the region in more than a decade. Nankouqian Township, one of the hardest-hit areas, saw 44.9 centimeters (17.7 in) of rain, half the average annual total, on August 16 alone. By August 18, water levels at 61 reservoirs surpassed the "danger" level. Parts of Liaoning province saw an incredible 40cm in just 24 hours, according to China’s provincial flood control and drought relief headquarters. Fushun city in the Liaoning province was especially hard hit as rainstorms caused several rivers in the city to overflow. 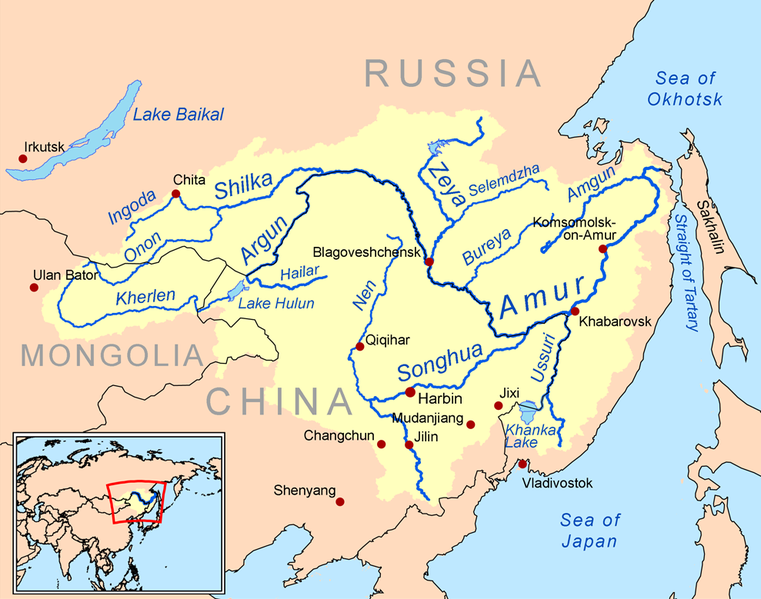 By August 19th floods in north east China have killed as many as 54 people and have been described as the worst in 40 years. 97 people are still missing and 162,000 people have been displaced. The floods have caused damage to more than 30,000 houses – 6,000 houses have collapsed – as well as power supplies, and road and rail networks. More than 100,000 hectares of farmland have been affected and economic losses caused by the floods is expected to reach billions of U.S. Dollars, especially since the 3 provinces most badly affected are major grain producing areas.

Although the floods have passed their peak, the outlook does not look good for autumn.

In eastern Russia, heavy flooding was also reported, with Amur and Khabarovsk the hardest hit. More than 140 towns were affected by what Russia authorities described as the worst flooding in 120 years.

The Amur river reached a record 100.56 meters (329.9 ft), surpassing the previous record set in 1984, and was still rising as of August 19, threatening to flood the major city of Komsomolsk-on-Amur. By August 20, Russia has already evacuated 20,000 people to safety. Up to 100,000 people may be evacuated from flood-hit regions.

The Amur and Zeya rivers, near the Chinese border, burst their banks near the town of Blagoveshchensk after torrential rain.

"Thirty years of dry weather made people forgetful, and they started building in places where there is a risk of flooding," says Pyotr Osipov, an ecologist for the environmental group WWF in the Amur region.

He remembers the record flooding of 1984, when the Zeya spilled across a wider area than today. But since then more villages and towns have grown up along the banks. Somehow people believed there would be no more floods. Yuri Maloveryan, BBC

The flooding in Russia and China seems to have reached its peak for now but weather forecast promises more rain later this month.