A comparative study on the 2013 New Zealand drought states that in some regions it was the most severe drought on record. Study also states that the cause was not El Niño but in fact slow-moving or ‘blocking’ high pressure systems over the Tasman Sea and New Zealand over summer.

Much of the country reached drought status in late February and experienced unusually low levels of rain throughout the summer. The situation on North Island, in particular, worsened throughout March. By early April, climate and weather experts had started calling it the worst drought on North Island in 70 years, which is how far the records go back. The area around Wellington, for instance, saw no rainfall at all between February 13 and March 17.

Calculations of a drought index known as potential evapotranspiration deficit (PED) which measures estimates of soil water content showed that 2013 was the worst drought since 1972, and particularly serious for the North Island. The longer-record station calculations indicate that in some regions it was the most severe drought since 1945-46.

The areas most affected by the 2012-13 drought were southern Northland, Auckland, Waikato, Bay of Plenty, Central North Island, Gisborne, Hawke’s Bay, Wairarapa, and parts of the north and west of the South Island. 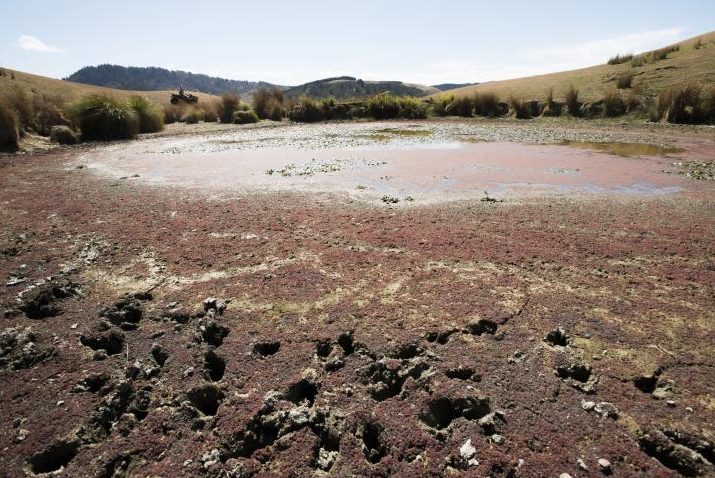 NIWA principal scientist Brett Mullan says the July 2012-May 2013 PED accumulation was the worst since 1972 over one-third of the North Island. “Previous severe droughts occurred in 1972-73 and 1997-98, both El Niño years. This latest drought was different, being related to persistent high pressure centres over New Zealand during summer – a trend that is increasing according to century-long pressure records.”

MPI Resource Policy Manager, North Island Regions, Stuart Anderson says the report provides a solid picture of the drought’s extent and severity. “Anecdotally we were told the drought was the worst some farmers had experienced but it is important to have this analysis to understand how dry the regions were compared to previous droughts.”

Mr Anderson says that although the drought conditions have dissipated with the onset of winter and many farms have started to recover following the good autumn conditions, the economic and social impact of the drought continues to be felt around the country.

“The recent snow makes it harder for farmers to see themselves through the winter and manage feed supply and pastures. The adverse event declaration of the drought will remain in place until 30 September which will allow rural communities to get through winter and into early spring.”

Declaration of an adverse event means that the Government provides extra funding through Rural Support Trusts to support rural communities, and that some people experiencing hardship may also be eligible for income support through Rural Assistance Payments. Some tax measures can also be accessed through Inland Revenue.