A moderate solar flare measuring M1.0 erupted from Region 1726 on April 22, 2013 at 10:29 UTC. The event started at 10:22, peaked at 10:29 and ended at 10:31 UTC. A Type IV Radio Emission was associated with the event. Type IV radio emissions occur in association with major eruptions on the Sun and are typically associated with strong Coronal Mass Ejections and solar radiation storms.

Region 1726 has Beta-Gamma-Delta magnetic field and is not directly facing Earth anymore. Though it is capable of producing strong solar flares and CME’s if any more should happen they should not be Earth directed. This region produced strongest solar event on the Earth side of the Sun yesterday. A C4 event was observed at 18:39 UTC on April 21, 2013. Additionally, farside Region 1719 erupted with at least three Coronal Mass Ejections yesterday. 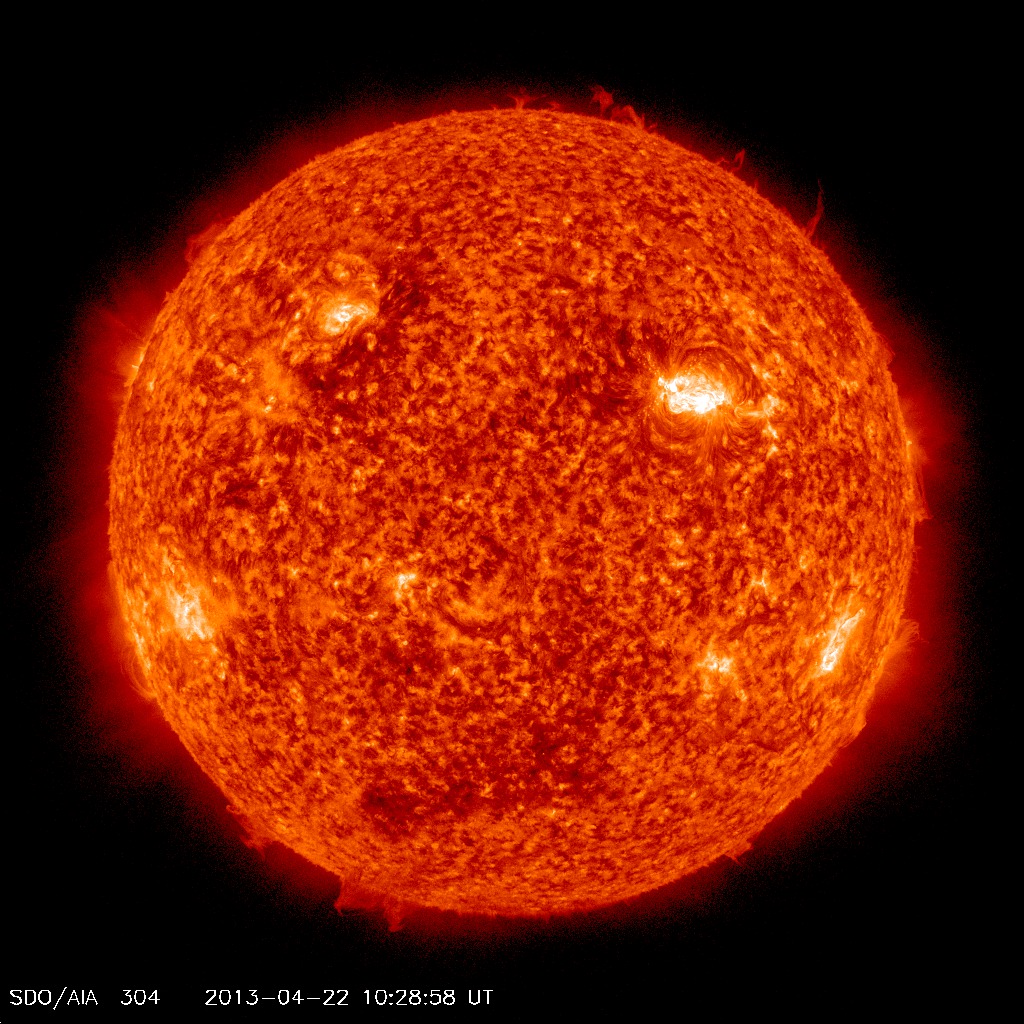 There are currently 3 numbered sunspot regions on the disk. Region 1726 has Beta-Gamma-Delta magnetic field and is capable of producing strong solar flares. Regions 1723 and 1727 are still classified with Beta magnetic configuration. 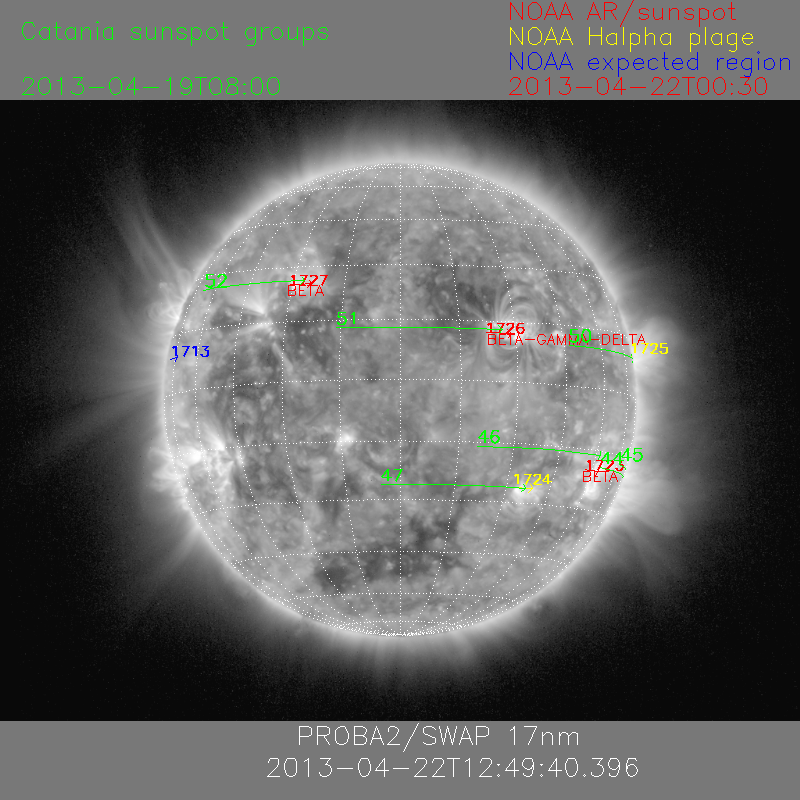 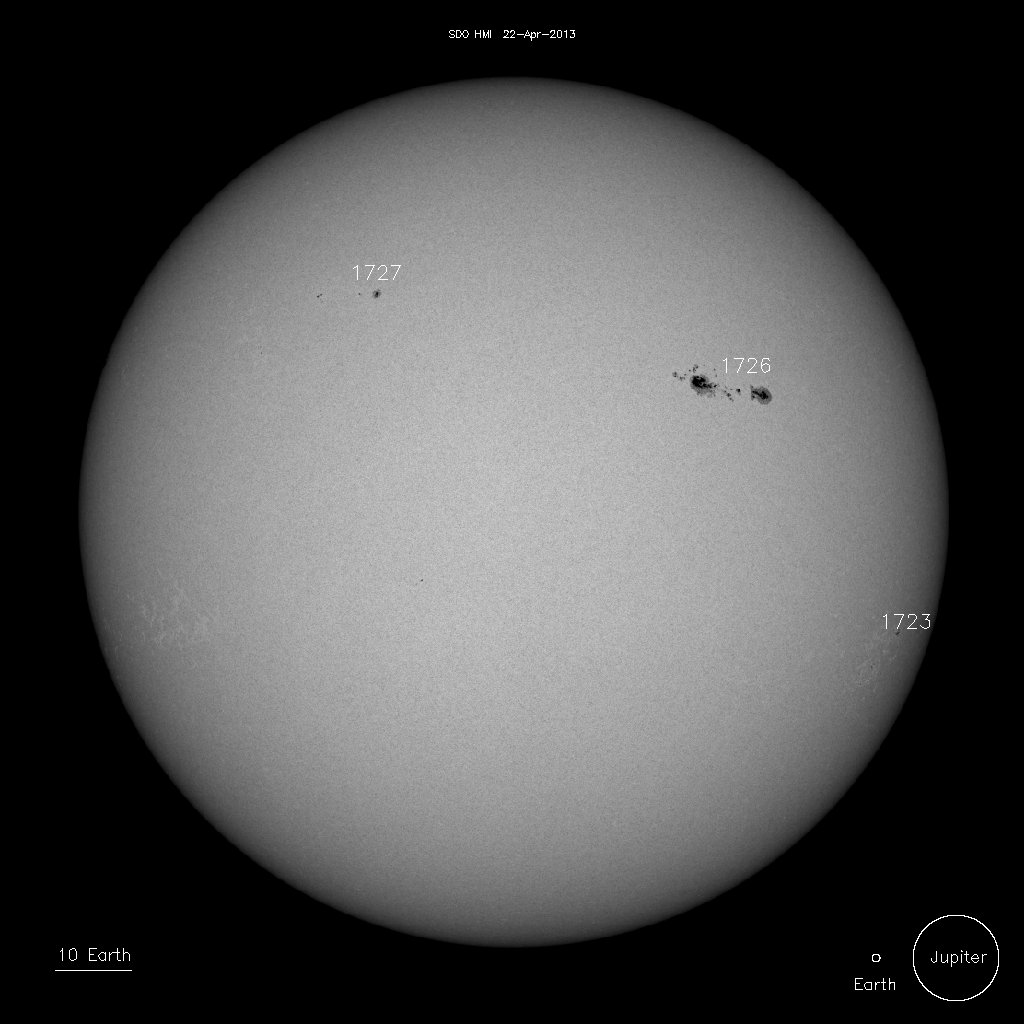