GDACS reported that this earthquake can have a medium humanitarian impact based on the Magnitude and the affected population and their vulnerability. 1 230 000 people live within 100km radius.

Indonesian sources reported no casualties or damage so far. The strongest shaking has been experienced in a very remote area and it may take many hours before that we get a decent report. Additionally darkness will fall in a few hours making eventual rescue and assessment tasks even more difficult.

ER reported that the nearest populated places are: Pangana (17km), Tomado (7km), Loeo (11km). The closest civilian airport is Mutiara (52km). People may have been very lucky to have experienced a M4.7 foreshock at the same area a little less than 2 hours before the main earthquake struck. Indonesian people have the habbit to auto-evacuate if a strong shaking happens and a lot of them may have been out of their houses.

Unfortunately, this earthquake turned out to be deadly. A nine year old boy was killed by falling debris.

Landslides have blocked the important road to Kulawi.

USGS first reported 6.6 earthquake then downgraded it to 6.3. Depth was slightly changed.

On August 19, BPBD, the government agency responsible for following up and managing disasters in Indonesia came with a long awaited first official assessment report:

– 4 people have been killed
– 7 people were seriously injured
– 51 houses have been reported as severely damaged. The worst impact occurred in 9 villages in 3 districts Kulawi (Namo, Bolapapu, Boladangko, Tangkulowi, and Saluwa), Lindu (Tomado) and Gumbasa (Pakuli, Tuva and Omu)
– The report is not yet complete as at least 10 landslides are still blocking the main road. Heavy equipment has been send to the landslide areas (bulldozers, trucks, etc)
– Victims with minor injuries have been treated in their respective villages.
– Buildings who have not been affected by the earthquake are used as shelters 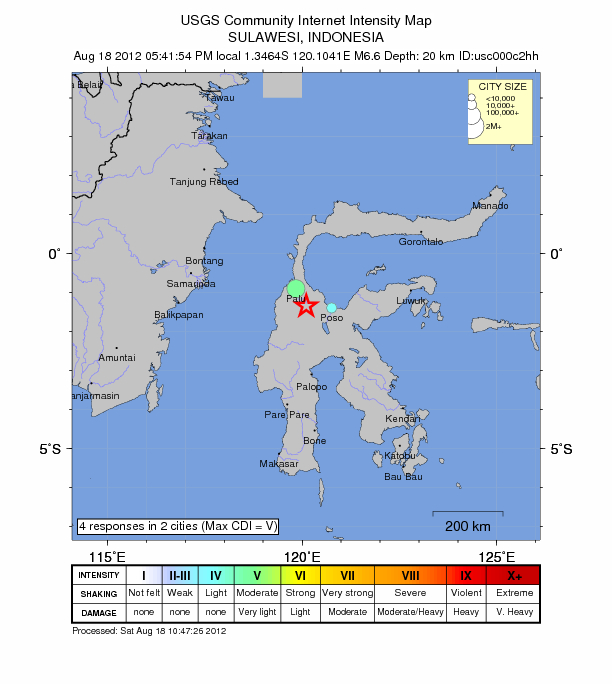 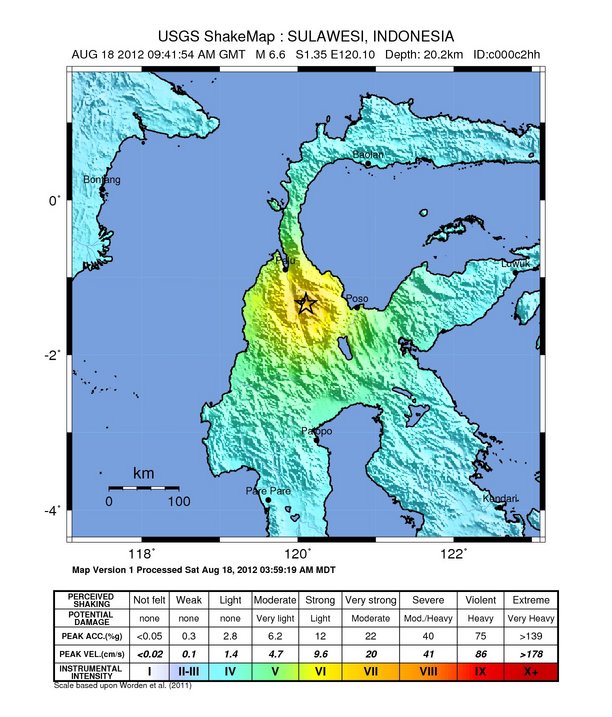 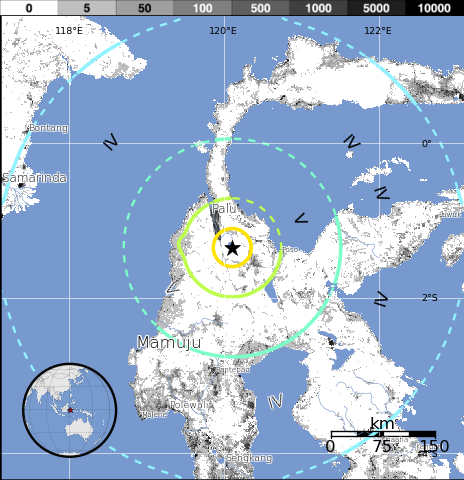 Selected Cities Exposed – from GeoNames Database of Cities with 1,000 or more residents.