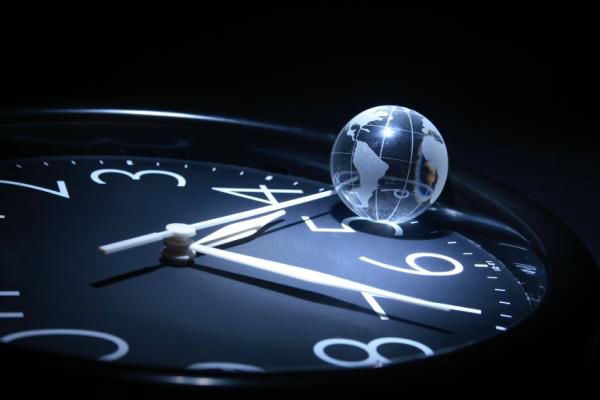 The world will get a well deserved long weekend, but don't do big plans for the holidays because it last only one second longer. Additional second will be added to the world's atomic clocks to keep pace with the Earth's slowing spin on its axis.

On Saturday, the atomic clocks will stand 23 hours, 59 minutes and 60 seconds before the midnight show at UTC time. Leap seconds are similar in function to that extra day in leap years, which keeps the calendar in line with the seasons.

About every one and a half years, one extra second is added to Universal Coordinated Time (UTC) and clocks around the world. Since 1972, a total of 24 seconds have been added. This means that the Earth has slowed down 24 seconds compared to atomic time since then. This does not mean that days are 24 seconds longer nowadays. Only the days on which the leap seconds are inserted have 86,401 instead of the usual 86,400 seconds.

Earth is under the gravitational influence of the moon, sun and tides and its rotation slowed down for one second. Because that second, Earth is no longer aligned with the UTC, which is true even in a billionth of a second.

International Earth Rotation and Reference Systems Service (IERS) is responsible for monitoring the difference between atomic and planetary time and issue decrees on adding leap seconds. The rotation of the Earth and its motion around the Sun are not at all constant. In recent years, a leap second is added every few years due to increasing the Earth's slowing rotation. This will be the 25th such interventions.

Click on Corresponding times to find out when the leap
second is added where you are.

Tidal friction within the Earth, caused by the gravitational pull of both the Moon and the Sun, continuously slow down the daily rotation of our planet. The modern-day definition of the unit of time, one second, approximates the length of the day divided by 60×60×24 as it was in 1820. Since then, the length of a day has increased by roughly 2.5 ms, and continues to increase in the order of 1.7 ms per century.

With the invention of atomic clocks in the mid 1950s, a means of measuring time became available that is far more stable and accurate than the rotation of our planet about its own axis. This led to two alternative definitions of time:

From 1972 on, UTC quickly replaced GMT as the international reference time for setting clocks, because it was easily available from time-signal radio stations. UTC had the advantage of being generated by atomic clocks, which are far cheaper and easier to operate than the precision telescopes used earlier, without changing the relationship to the traditional astronomical definition of time by more than a second, an amount negligible for all but a few specialist applications (such as pointing telescopes).

Today, most civilian time zones are defined in relation to UTC, from which they typically differ by an integral number of hours (sometimes half hours). As a result, civilian time zones have leap seconds simultaneously with UTC. If a leap second is announced, it is inserted as the 61st second (23:59:60 UTC) of the last “minute” of the month June or December.

Leap seconds have to be inserted on average every 1–2 years during this century. However, due to an unusual temporary acceleration of the Earth, no leap second was needed during the 7-year gap between the end of 1998 and the end of 2005.

The speed of the Earth's rotation differs from day to day and from year to year, so the difference between UT1 and TAI varies accordingly. For example, the accumulated discrepancy over one year was 0.28 seconds in 2011, but only 0.02 seconds in 2001 (based on data from IERS).

Not only do days become longer, but the rate at which day lengths increase also grows over time – but only by about two thousandths of a second per century, according to Dr Bruce Warrington, from Australia’s National Measurement Institute (NMI). This means that at the moment days are 0.002 seconds longer than the sum of 86,400 seconds measured by atomic clocks; in 100 years, they are expected to be 0.004 seconds “too long”.