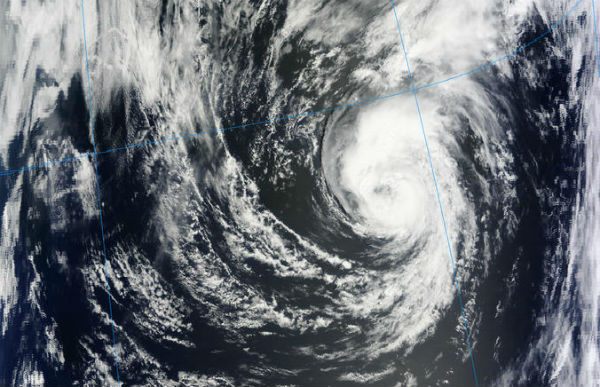 Tropical Storm Chris, which formed in the northern Atlantic on Tuesday, is acting like a “zombie” storm according to AccuWeather.com. There are few strange things about this spooky storm. Chris does not look like a well-organized tropical system on satellite. The storm is not in a region that is prone to tropical development. Water temperatures are in the low to mid-70s. Ideal water temperatures for tropical development are 78 degrees and higher, since tropical systems are fueled by warm waters. In fact, the whole purpose of tropical storms and hurricanes in the atmosphere is to redistribute heat.

Chris became the Atlantic Season’s third tropical cyclone on June 19. Chris is not expected to hit land as it moves east and away from the coast before it dissipates by the end of the week. 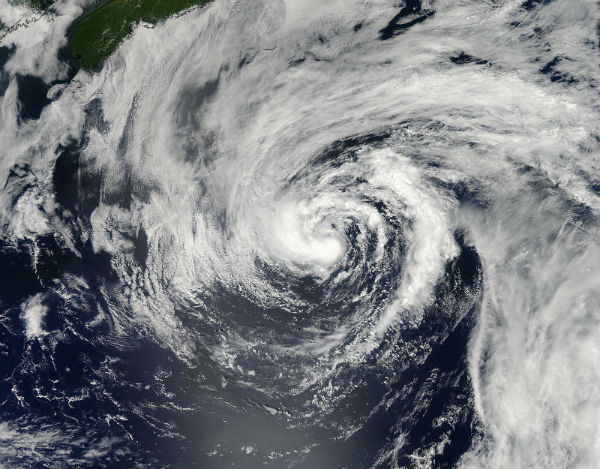 The National Hurricane Center expects Chris to speed up and turn northeast, then north over the next day. Little change in strength is expected during the next 48 hours. Chris is expected to remain at sea and not be a threat to any land areas, while weakening and becoming post-tropical over the next couple of days. The “zombie” tropical storm is forecast to become a post-tropical cyclone by early Thursday but maybe we could see some surprises. 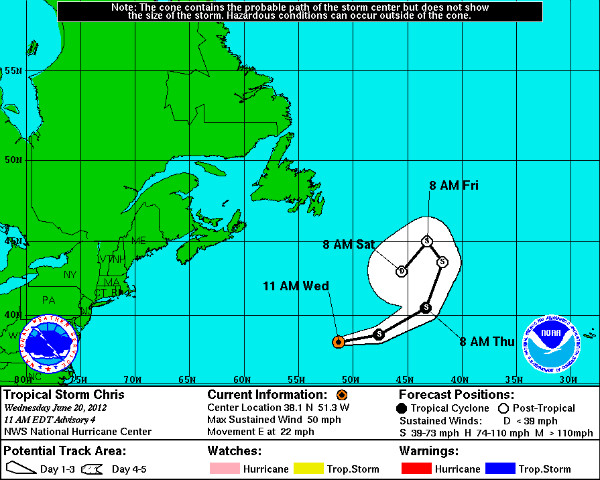 According to latest NHC Public Advisory, the center of Tropical Storm Chris is located near latitude38.1N and longitude 51.3W and it is moving toward the east near 35 km/h (22 mph).Maximum sustained winds have increased to near 85 km/h (50 mph) with higher gusts. Tropical storm force winds extend outward up to 150 km (90 miles) from the center. 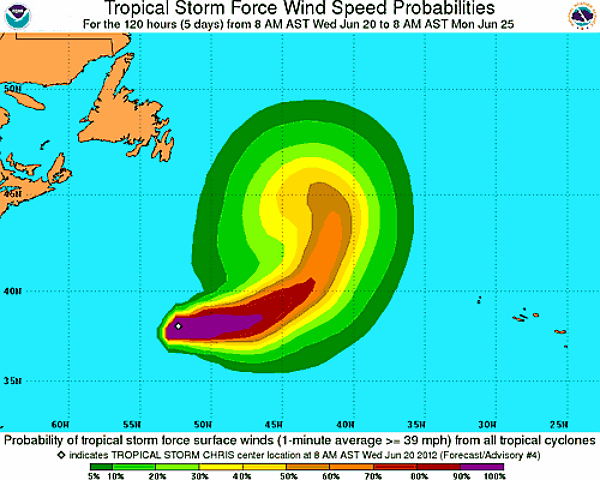 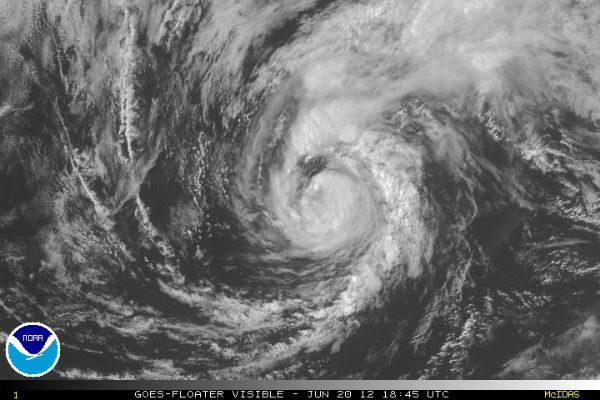 At this point, there is a wide range of possibilities on what the tropical Atlantic’s next move may be starting this weekend. Right now, there is just a broad area of weak low pressure in the region. A developing system could spin up just about anywhere in the western Caribbean to the southern Gulf of Mexico over the next several days.

El Niño produces rising air over the Eastern Pacific, favorable for tropical systems in that region. Correspondingly, El Niño tends to produce sinking air over the Atlantic, balancing out the atmospheric scale. Sinking air is a negative agent toward tropical development.

As of now, conditions are neutral, with neither an El Niño nor a La Niña signature present, so there are no big inhibiting or promoting mechanisms operating in either basin, other than pockets of warm and cool water and areas of strong and weak wind shear. (AccuWeather)