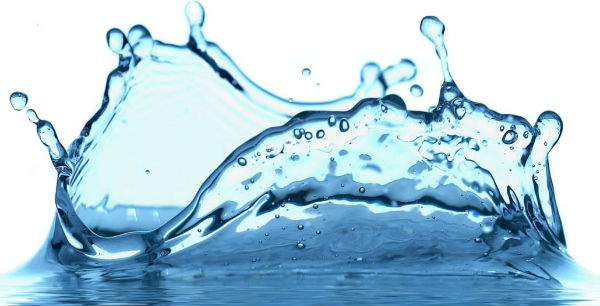 Engineers Arjen Y. Hoekstra and Mesfin M. Mekonnen of the University of Twente in the Neth­erlands gave new insights on worldwide water consumption. China and India are leading consumers, followed by US, Brazil and Russia. On top ten scale are Indonesia, Pakistan, Mexico, Japan and Nigeria. A vast amount of water is used to produce the food and products that nations consume. Large population is the greatest factor, but inefficient agriculture or dependence on water-intensive cuisine can exacerbate demand; meat consumption accounts for 30 percent of the U.S. water footprint.

Certain countries, such as India and the U.S., also export significant quantities of water in the form of food and products, despite their own robust consumption. Populous nations that have little land or little water are huge net importers. Over the long-term, net exporters may want to alter trade policies to avoid creating their own water shortages or raise prices to reflect the cost of increasingly scarce water resources. Inefficient water nations might improve agricultural practices. And net importers might lower exports to save water for domestic use. (Scientific American) 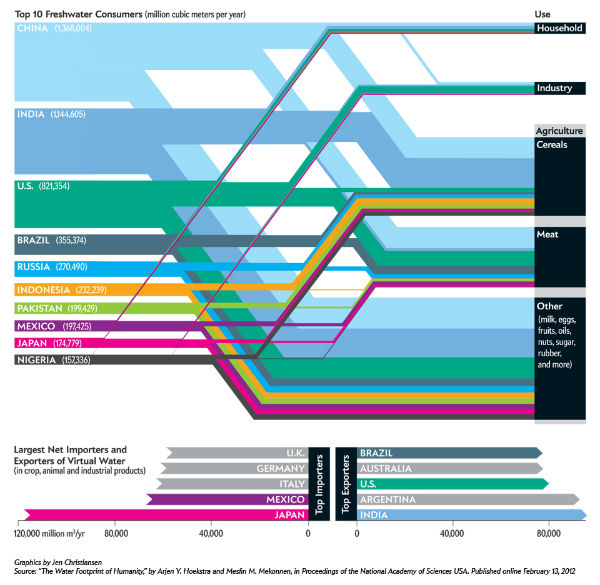 Freshwater withdrawals have tripled over the last 50 years. Demand for freshwater is increasing by 64 billion cubic meters a year (1 cubic meter = 1,000 liters)