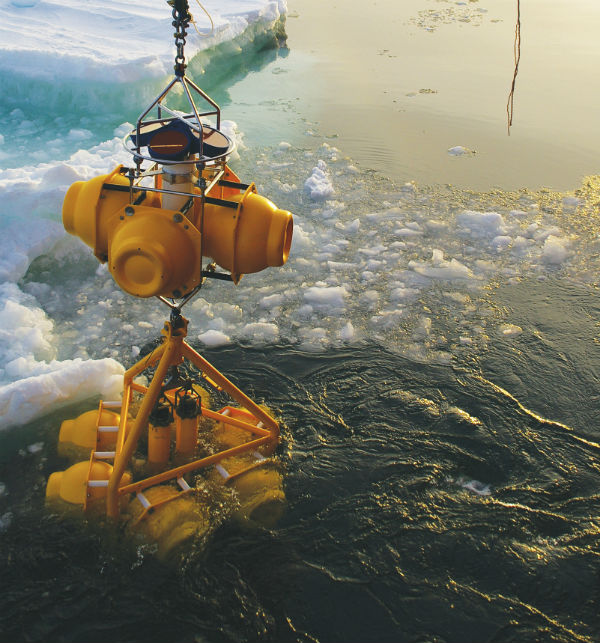 New research by teams of Australian and US scientists has found there has been a massive reduction in the amount of Antarctic Bottom Water found off the coast of Antarctica. Salinity shifts in the ocean confirm climate and the global water cycle have changed. In a paper published in the journal Science, Australian scientists from the Commonwealth Scientific and Industrial Research Organisation (CSIRO) and the Lawrence Livermore National Laboratory, California, reported changing patterns of salinity in the global ocean during the past 50 years, marking a clear fingerprint of climate change.

By looking at observed ocean salinity changes and the relationship between salinity, rainfall and evaporation in climate models, scientists determined the water cycle has strengthened by four per cent from 1950-2000. This is twice the response projected by current generation global climate models. These changes suggest that arid regions have become drier and high rainfall regions have become wetter in response to observed global warming. With a projected temperature rise of 3 degrees C by the end of the century, the researchers estimate a 24 per cent acceleration of the water cycle is possible.

The ocean stores 97 % of the world’s water. It receives 80% of the all surface rainfall and it has absorbed 90% of the Earth’s energy increase associated with past atmospheric warming. Warming of the Earth’s surface and lower atmosphere is expected to strengthen the water cycle largely driven by the ability of warmer air to hold and redistribute more moisture. The intensification is an enhancement in the patterns of exchange between evaporation and rainfall and with oceans accounting for 71% of the global surface area the change is clearly represented in ocean surface salinity patterns.

The change in freshwater availability in response to climate change poses a more significant risk to human societies and ecosystems than warming alone. Changes to the global water cycle and the corresponding redistribution of rainfall will affect food availability, stability, access and utilization.

The Southern Ocean is particularly important because it stores more heat and carbon dioxide released by human activities than any other region, and so helps to slow the rate of climate change. The causes of the observed changes in the Southern Ocean are not yet fully understood. Changes in winds, sea ice, precipitation, or melt of floating glacial ice around the edge of Antarctica may be responsible. Data collected on the latest voyage will help unravel this mystery.

Sea temperatures in Southern Ocean vary from about −2 to 10 °C (28 to 50 °F). Cyclonic storms travel eastward around the continent and frequently become intense because of the temperature contrast between ice and open ocean. The ocean-area from about latitude 40 south to the Antarctic Circle has the strongest average winds found anywhere on Earth. In winter the ocean freezes outward to 65 degrees south latitude in the Pacific sector and 55 degrees south latitude in the Atlantic sector, lowering surface temperatures well below 0 degrees Celsius. At some coastal points, however, persistent intense drainage winds from the interior keep the shoreline ice-free throughout the winter.

Increased solar ultraviolet radiation resulting from the Antarctic ozone hole has reduced marine primary productivity (phytoplankton) by as much as 15% and has started damaging the DNA of some fish. Illegal, unreported, and unregulated fishing, especially the landing of an estimated five to six times more Patagonian toothfish than the regulated fishery, likely affects the sustainability of the stock. Long-line fishing for toothfish causes a high incidence of seabird mortality.