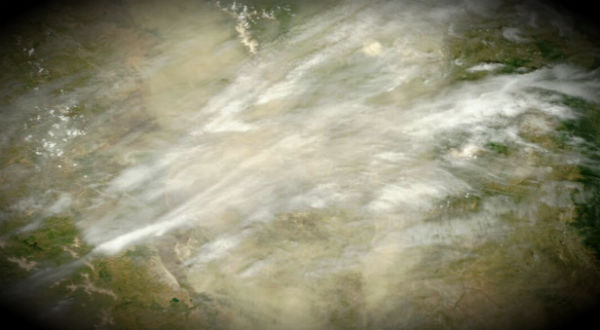 A dust storm shrouded Iraq and Kuwait in late May 2012. On May 22, the Kuwait News Agency reported that thick dust had suspended operations in two ports, and business news site Zawya reported that dust storm activity forced the closure of the Baghdad airport. 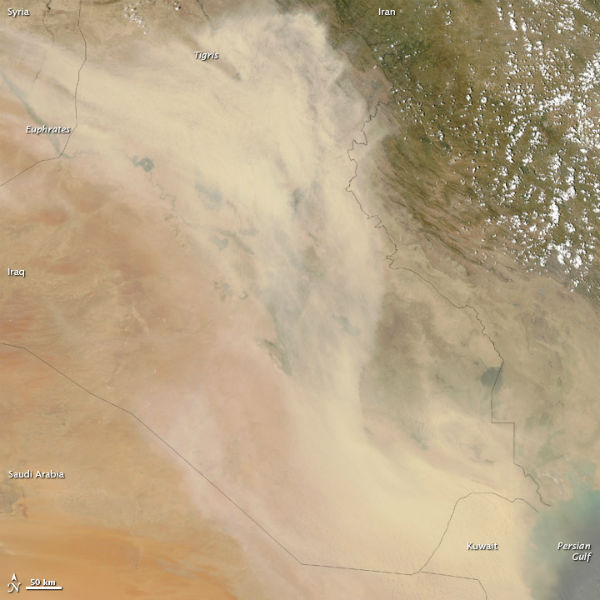 Frequent dust storms in the Middle East owe their existence not only to the vast sand seas of the Arabian Peninsula, but also to the fine sediments of the Tigris and Euphrates Riverbeds and impermanent rivers and salt lakes in the Syria-Iraq region. 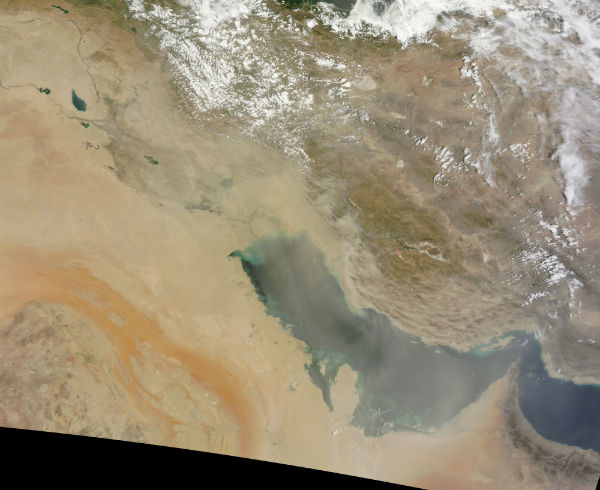 All of the Persian Gulf is covered by a veil of dust in this image above. Criss-crossed streaks in the cloud of dust indicate changes in air currents and/or winds blowing in different directions at different altitudes. Vertical streaks can be seen in the upper part of the gulf, near Iraq and Kuwait, that are crossed by horizontal streaks stretching between the Arabian Peninsula and Iran, north of Qatar. The close-up focuses on more curved patterns in the dust in the lower reaches of the gulf, near the Strait of Hormuz. 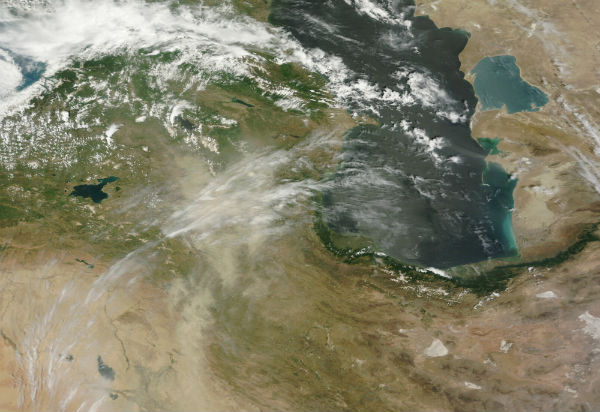 Dust blows northward from Iraq towards Turkey and northwestern Iran. On the image above taken on May 22nd, two main clouds of dust can be observed: one between Lake Van (left edge) and the Caspian Sea (right edge), and the other near the Iraq-Iran border, east of the Tigris and Euphrates River Valley. While the land below those two main dust clouds is almost completely obscured, Lake Tharthar can be seen through a thinner veil of dust at the lower left.