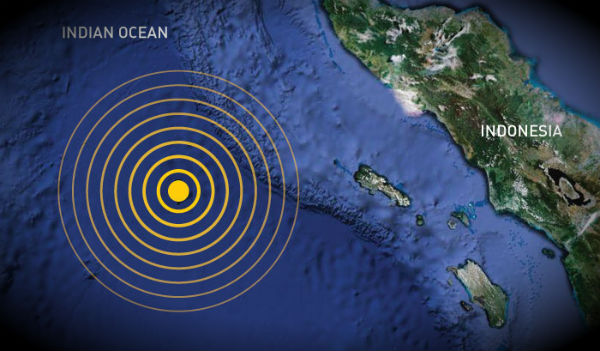 An 8.8 magnitude earthquake occurred 500 km out of the coast of Sumatra, another area which was also very hard hit in 2004 is India’s Andaman Islands. The second massive quake has been decreased to 8.2 by USGS and it has to be seen as a massive aftershock. Many (powerful) aftershocks have occurred since the mainshock. Residents in Banda Aceh reported the ground shaking violently. A tsunami warning has been issued as Indonesia’s geophysical agency has registered an 8.9 magnitude earthquake in the Aceh region, off the western coast of northern Sumatra.The tremor was felt in Singapore, Thailand, Bangladesh, Malaysia and India. High-rise apartments and offices on Malaysia’s west coast shook for at least a minute. Thailand’s National Disaster Warning Center issued an evacuation order to residents in six provinces along the country’s west coast, including the popular tourist destinations of Phuket, Krabi and Phang-Nga.

The first 8.6-magnitude quake off Aceh province, hours earlier, spawned a wave around 80cm high but caused no serious damage. 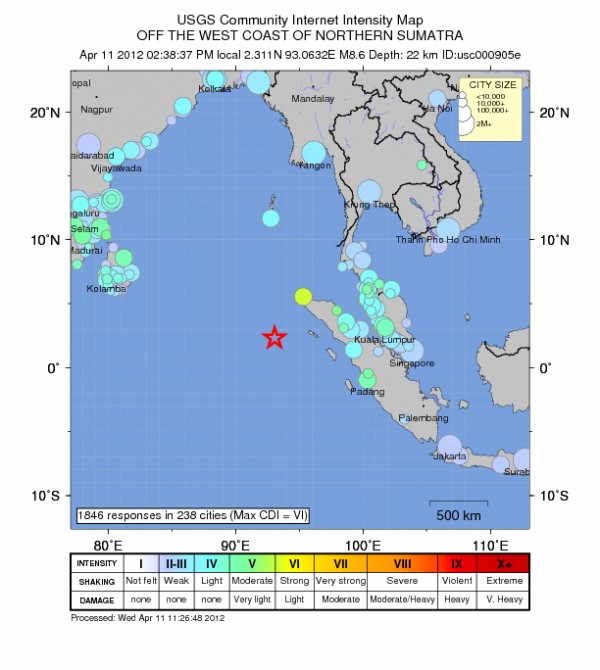 People is Simeulue Island (closest to the epicenter) have now been reporting that the water on the beaches was treating about 10 meters (must have been generated by the second quake). There were reports of the water level dropping in the Thai resort of Phuket – a sign that the sea is drawing back in preparation to launch an enormous wave. A receding ocean can be the sign of an upcoming tsunami but often the receding is everything what happens too. This may have been caused by another earthquake wave propagation after the second earthquake. Due to the many sometimes violent aftershocks, the tsunami watches will bot be lifted and people have to stay on higher ground. 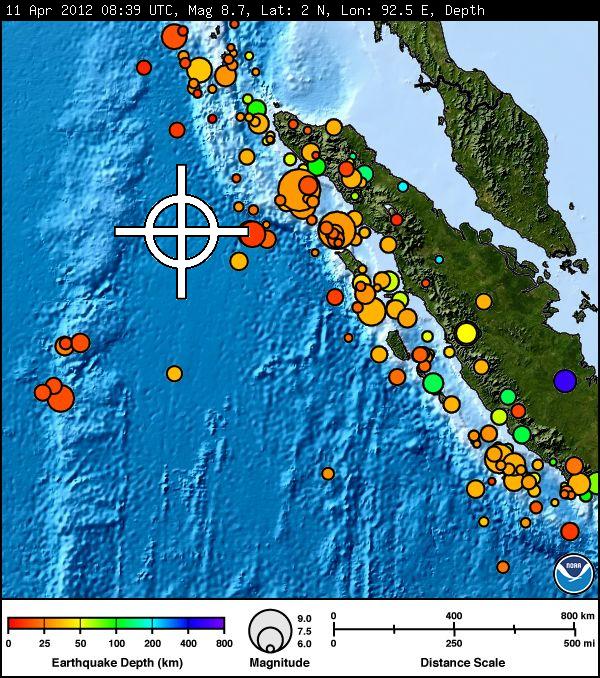 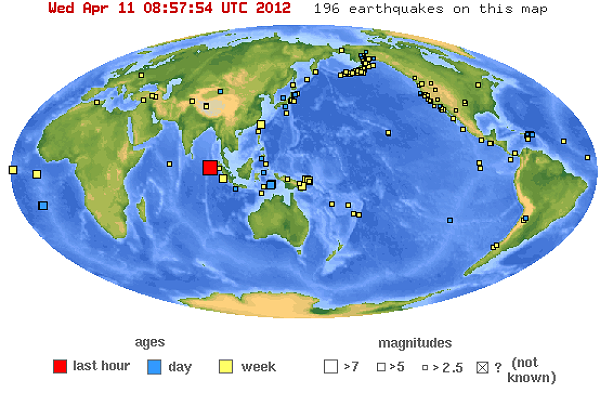 In India, the authorities issued a tsunami warning for the Andaman and Nicobar Islands, located in the Indian Ocean. The Indian National Centre for Ocean Information Services issued a red high-level warning for the islands, and also put out lower alerts for the coasts of Andhra Pradesh and Tamil Nadu states in the southeast of the country.

It is still too early to tell whether there was no tsunami at all as reports are mixed. Depending on the propagation of the wave and the coastal relief, places where a tsunami occurs are not necessarily the same. At this moment we can only tell that a real destructive tsunami has not yet occurred as far as we know.

Additionally the epicenter is too far out of the coast to be shaking damaging. Light damage is still possible of course as the highest expected shaking is still a strong MMI VI shaking. (EarthquakeReport)