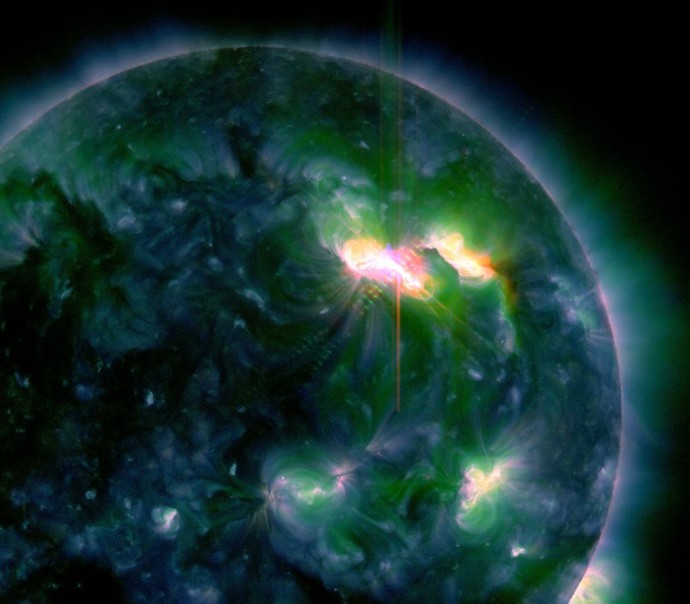 Potential Impacts: An enhancement in the energetic portion of the solar radiation spectrum may indicate increased biological risk to astronauts or passengers and crew in high latitude, high altitude flights. Additionally, energetic particles may represent an increased risk to all satellite systems susceptible to single event effects. This information should be used in conjunction with the current Solar Radiation Storm conditions when assessing overall impact.

A new region appeared on the ENE limb near Region 1432 (N16E52). Close proximity to the limb made a detailed analysis of this new region difficult. 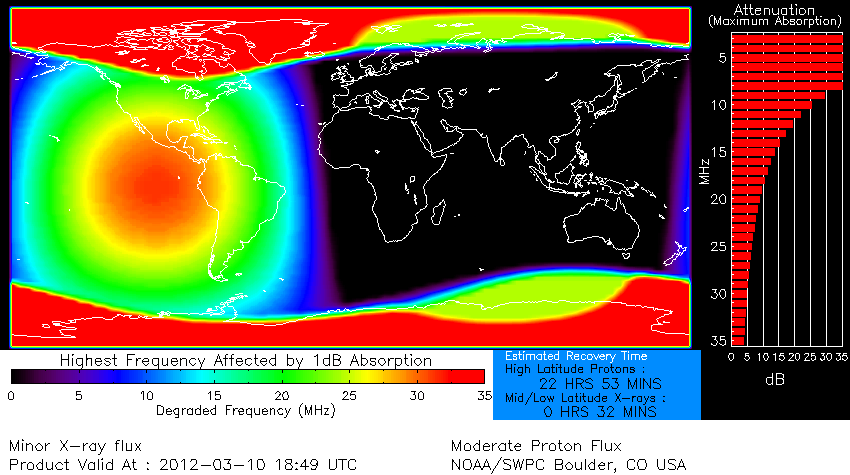