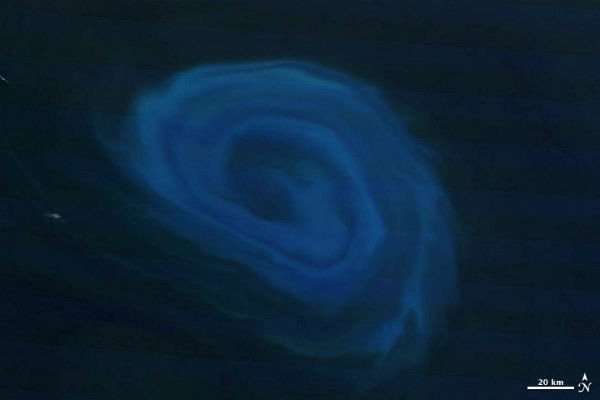 In the image bellow, the anti-cyclonic (counter-clockwise) eddy likely peeled off from the Agulhas Current, which flows along the southeastern coast of Africa and around the tip of South Africa. Agulhas eddies, or “current rings,” tend to be among the largest in the world, transporting warm, salty water from the Indian Ocean to the South Atlantic. 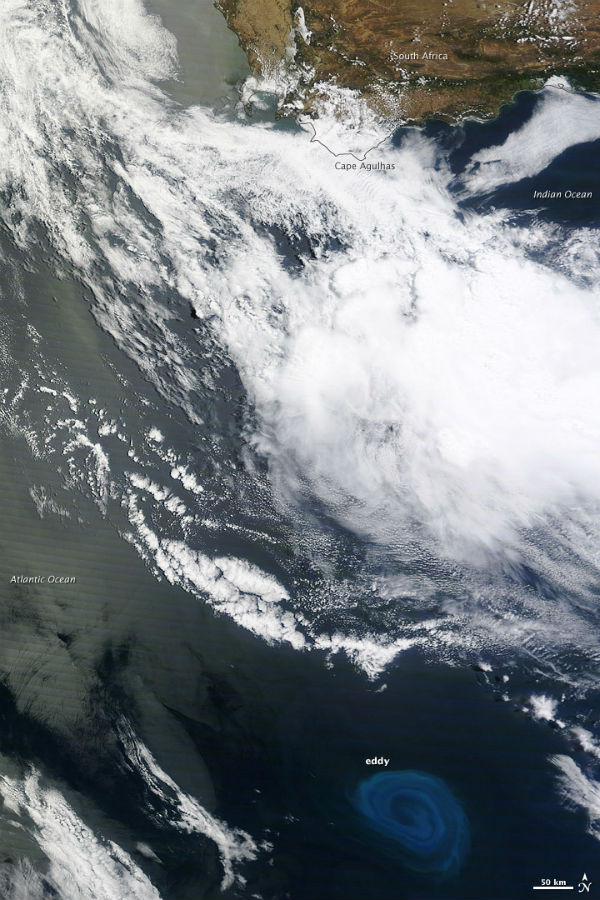 In satellite observations of sea surface height and in computer models, eddies appear as bumps or depressions in the ocean, indicating the upwelling or downwelling of water. They also can be distinguished by higher or lower surface temperatures. However, such observations were not available for the eddy depicted above. Eddies are distinct parcels of water that move and jostle within the ocean, much like warm and cold air masses or high- and low-pressure systems in the atmosphere. Eddies are formed by differences in ocean temperature and salinity that give water different densities. Like oil and water, water masses of different densities tend to keep separate, rather than mix. The largest eddies can contain up to 1,200 cubic miles (5,000 cubic kilometers) of water and can last for months to a year. Earth’s rotation—the Coriolis force – gives eddies their spin.

The Agulhas Current is the western boundary current of the South Indian Ocean. The source water at its northern end is derived from Mozambique channel eddies (de Ruijter et al., 2002) and the East Madagascar Current, but the greatest source of water is recirculation in the southwest Indian Ocean sub-gyre. 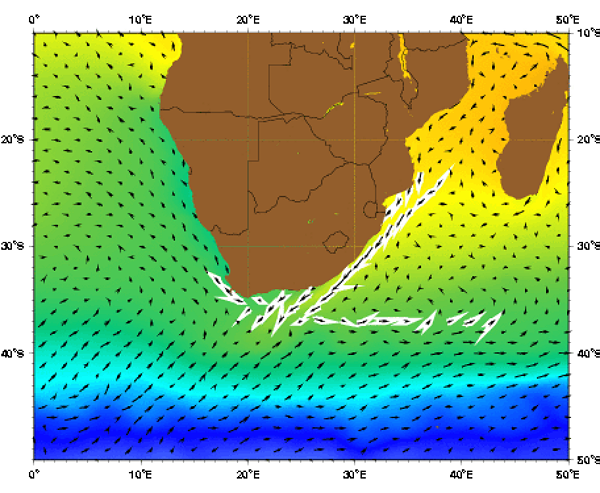