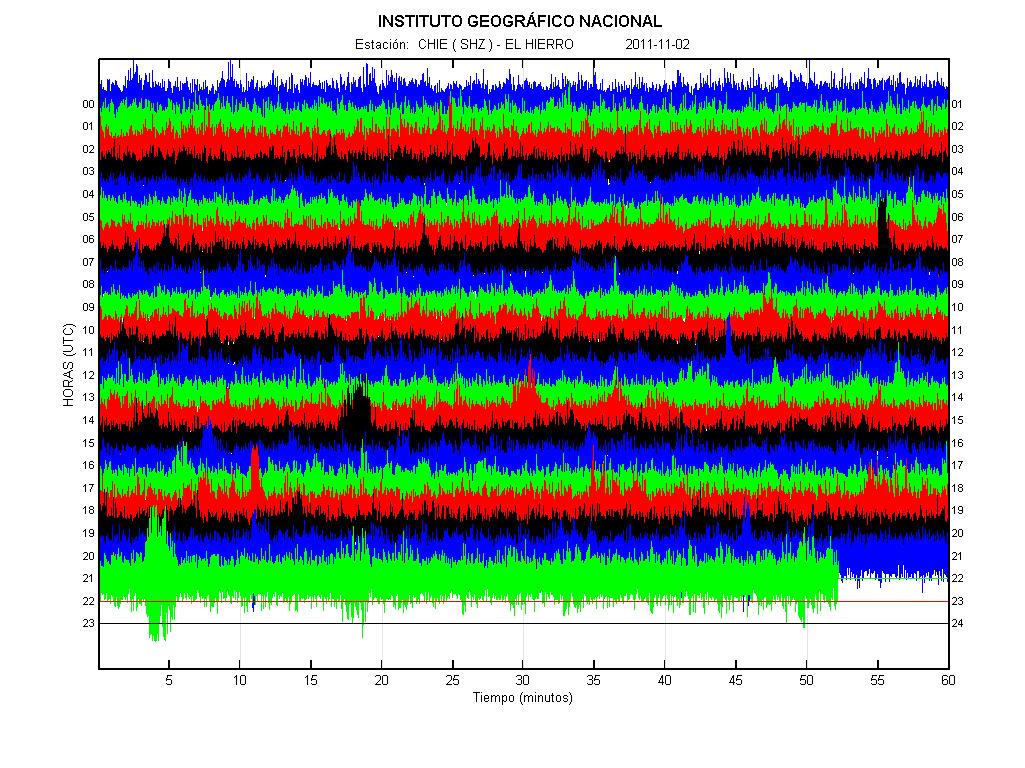 A strong earthquake with a magnitude of  4.4  (initially reported as magnitude 3.8 by EMSC) occurred at 18:10 UTC at a depth of 23 km.  Epicenter was in the El Golfo bay. It was felt by the islanders.

AVCAM has counted 85 quakes since midnight UTC today. The IGN – CHIE seismogram showed a big unexplainable bulge around 15:18 UTC. The phenomena is not showing up in the earthquake lists, but can be seen almost as strong as this morning 4.3 earthquake as a spike on the harmonic tremor graph.  Lesser bulges are appearing more and more on the graph. 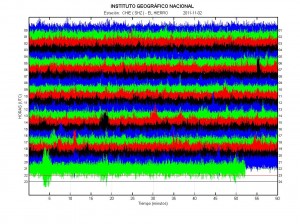 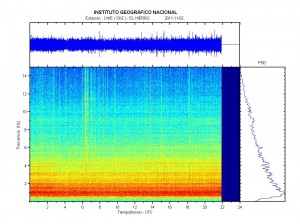 The strong earthquake this morning was updated and recalculated by scientists to 4.3 (from 4.0). This is a big difference in energy. Involcan has reported that the amount of CO² in the air at El Hierro has never been so high than now. CO² in  the air is part of the pre-eruptive signals. Fish have disappeared completely from the Las Calmas sea (the sea south of La Restinga were the green stain and jacuzzi were observed).

The PEVOLCA scientists had plans to visit the El Golfo area this morning, after a serious increase of the seismic activity in that area.  The investigation will also look at the situation of the people living in that part of the island. Later today the current measures will be evaluated again on the basis of today’s findings. The earthquake list on the IGN website is far from complete.  There are more than the 53 listed earthquakes so far.

Diario El Hierro writes that the analysis of the recently found lava stones found in the Las Calmas sea, reveals the possibility of a major  explosive character eruption. The University of Barcelona who analyzed the samples said that the found lava was NOT of the a Surtseynian type, the kind of eruption everybody expected so far.

The UME  (Unidad Militar de Emergencias = Military Emergency group) has announced that it has transported the necessary equipment to El Hierro to build a shelter with a capacity of 2,000 people, in case that a quick evacuation would be needed. The equipment was brought to El Hierro on the request of Pevolca. The shelter will have all necessary compartments like  shops (…),  dining room and services. Material to install a shelter to accommodate 500 people and belonging to the Red Cross is already on the island, ready to be used immediately. PEVOLCA has stressed that the shelter equipment is one of the many measures to be prepared if a worst case scenario would come true.

The shelters have not been installed so far because nobody knows the location where an eruption would be occurring, if it would occur. The most probable spot would be the current eruptive Las Calmas eruption crater as showed on the Ramon Margalef topographic 3-D image below, but the current set of earthquakes are occurring below the El Golfo bay. Pevoca is this prepared for everything. 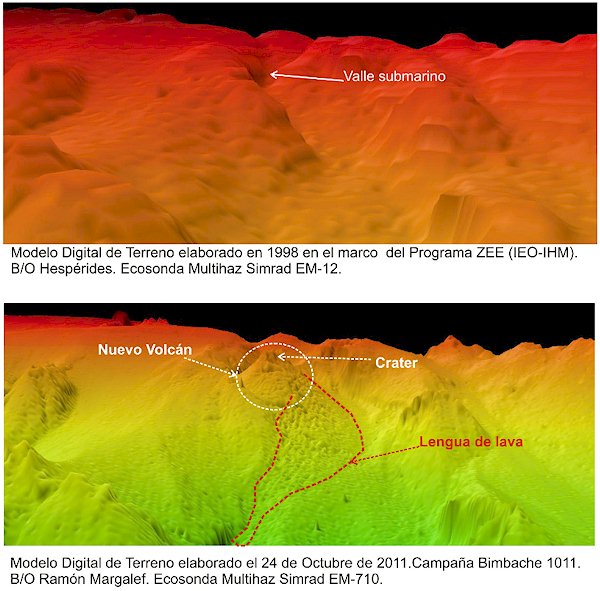 Harmonic tremor is further increasing. Harmonic tremor is one of the most important pre-eruption signals. It is is still not as strong as it was before the opening of the Las Calmas / La Restinga vent, but if it continuous to grow tomorrow it can be meaningful.

The direction of PEVOLCA reiterates that the current position of the light red volcanic La Restinga and yellow for the rest of the island, the population of the island has to focus on the messages offered by the competent authorities which assists the Scientific Committee of PEVOLCA. The Plan has set the devices and means to cope with a change in the current situation with the media, at the right time, precise instructions for the population. (EarthquakeReport)