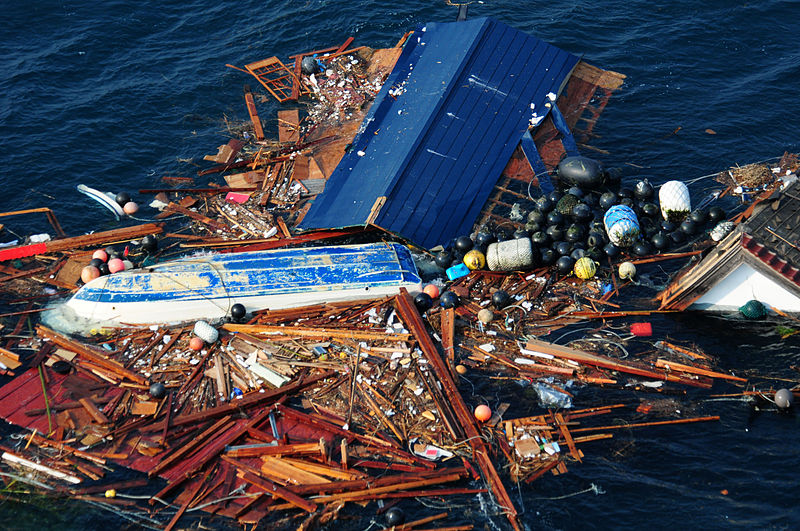 Debris from the devastating tsunami that hit Japan on March 11 has turned up exactly where scientists predicted it would after months of floating across the Pacific Ocean. Finding and confirming where the debris ended up gives them a better idea of where it’s headed next.

The magnitude 9.0 quake and ensuing tsunami that struck off the coast of Tohoku in Japan was so powerful that it broke off huge icebergs thousands of miles away in the Antarctic, locally altered Earth’s gravity field, and washed millions of tons of debris into the Pacific. 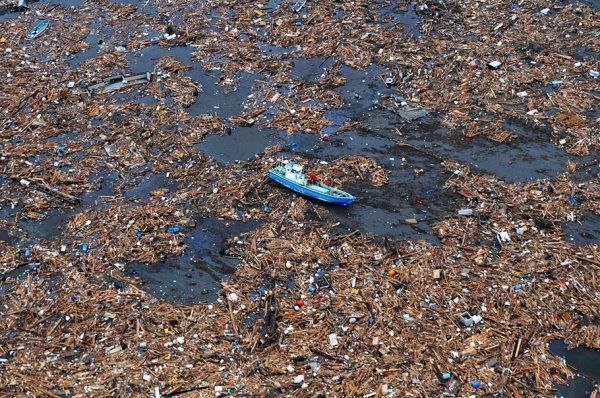 Scientists at the International Pacific Research Center at the University of Hawaii at Manoa have been trying to track the trajectory of this debris, which can threaten small ships and coastlines. The new sightings should help the scientists predict when the debris, which ranges from pieces of fishing vessels to TV sets, will arrive at sensitive locations, such as marine reserves. (Scientists estimate the debris will wash up on the Hawaii Islands in two years and the U.S. West Coast in three.)

For nearly half a year, senior researcher Nikolai Maximenko and computer programmer Jan Hafner had only their state-of-the-art — but still untested — computer model of ocean currents to speculate where the tsunami debris might end up. The new sightings are backing up the model, showing debris in places where the model predicted. Warned by maps of the scientists’ model, a Russian ship, the STS Pallada, found an array of unmistakable tsunami debris on its homeward voyage from Honolulu to Vladivostok. 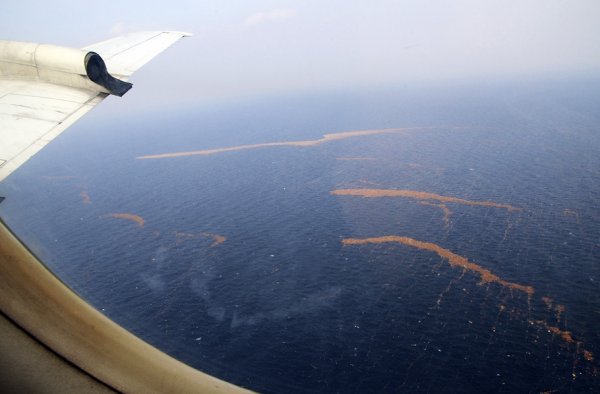 “Yesterday, i.e. on September 22, in position 31 ” wrote Natalia Borodina, information and education mate of the Pallada. “At the approaches to the mentioned position (maybe 10 – 15 minutes before) we also sighted a TV set, fridge and a couple of other home appliances.“

Later, on Sept. 27, she wrote: “We keep sighting every day things like wooden boards, plastic bottles, buoys from fishing nets (small and big ones), an object resembling wash basin, drums, boots, other wastes. All these objects are floating by the ship.“ 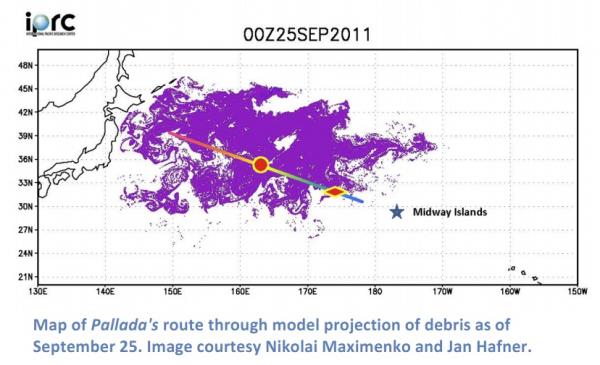 A map shows the stretch of Pallada’s route where debris was sighted between Sept. 21 and 28. The red rhombus marks the location where the Japanese boat was found and the red circle denotes where maximum debris density was experienced. The purple color shows the distribution of the tsunami debris in the SCUD model on Sept. 25.

On Oct. 8, the Pallada entered the port of Vladivostok and Borodina was able to send pictures. The most remarkable piece of debris is of a small fishing vessel about 20 feet (6 meters) long, which they were able to hoist up onto the Pallada. The markings on the wheelhouse of the boat show its homeport to be in the Fukushima Prefecture, the area hardest hit by the massive tsunami. 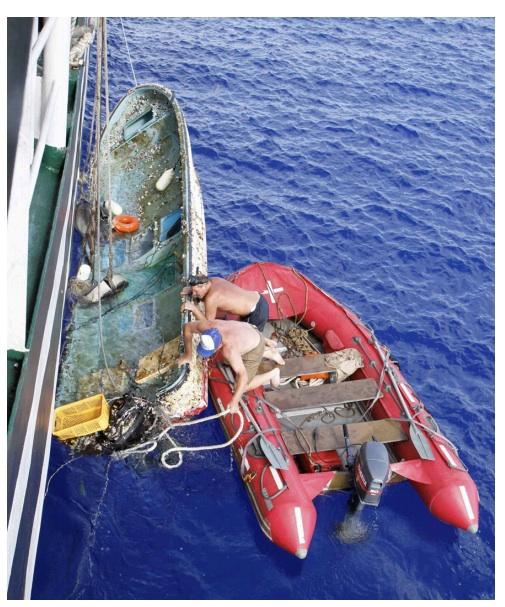 With the exact locations of some of the now widely scattered debris, the scientists can make more accurate projections about when the debris might arrive at the Papahanaumokuakea Marine National Monument. The first landfall on Midway Islands is anticipated this winter. What misses Midway will continue toward the main Hawaiian Islands, where it is expected to hit in two years, and then on to the West Coast of North America in three years. (OurAmazingPlanet) 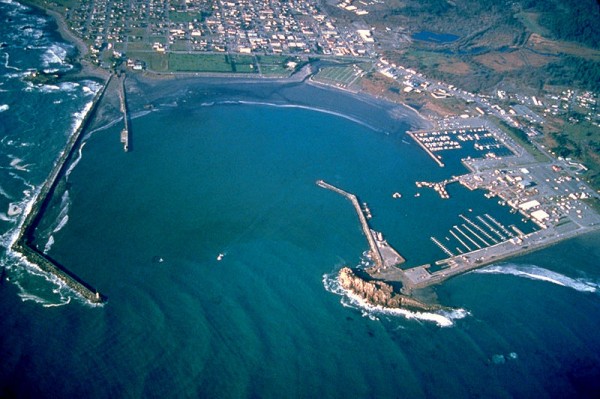