China floods drive one million from their homes

Torrential rain has triggered major flooding in China, where at least 57 people have died and more than one million have been evacuated. The worst of the flooding has struck the provinces of Sichuan, Shaanxi and Henan. A Ministry of Civil Affairs statement said that more than 1.2 million people had been evacuated from their homes.

In hard-hit Sichuan along, at least 14 people died and another 11 were missing as of Monday, Xinhua News said. Its report also spoke of floods toppling 31,000 houses in the province. The flooding and heavy rain also affected more than 16,700 hectares (more than 41,000 acres) of crops. In the cities of Bazhong, Dazhou and Guang'an alone, 1.06 million people were evacuated ahead of what Xinhua said was expected to be "the worst flooding since records began in 1947." 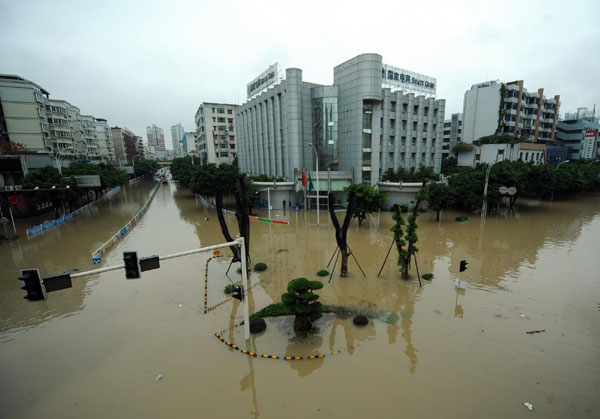 The Jialing River, a major tributary of the Yangtze, was forecast to crest at the highest levels since record-keeping began in 1847. The Jialing empties into the Yangtze at Chongqing.

As of Tuesday, the strongest cold front of the season has swept away the tropical moisture that has triggered the flooding rain in Sichuan. Highest rainfall in the area was at least 15 inches within one week ended Monday, weather observation data show. (AccuWeather) 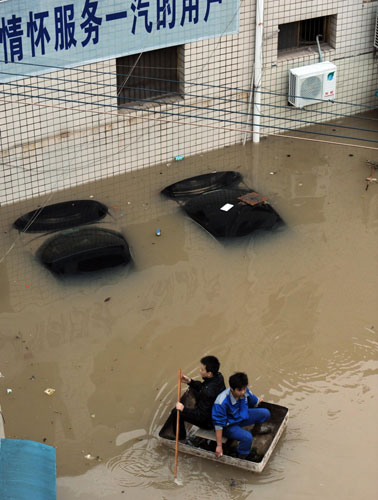