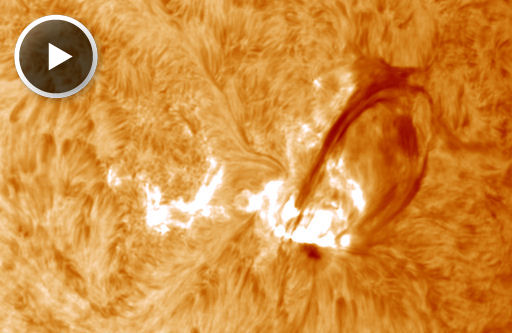 A polar geomagnetic storm (Kp=5) is in progress following the impact of a CME around 1100 UT on Sept. 9th. This could be the first of several hits from a series of CMEs expected to reach Earth during the weekend. High-latitude sky watchers should be alert for auroras after nightfall.

Electrical ground currents caused by the storm have been detected in Norway. 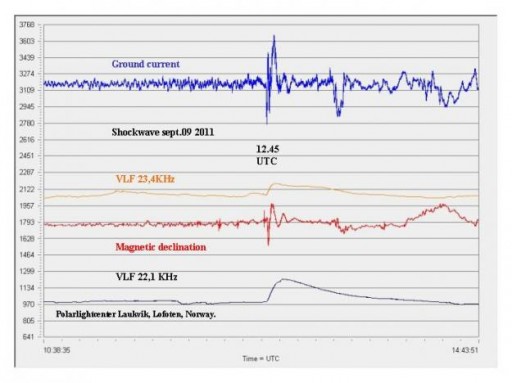 A series of coronal mass ejections (CMEs) propelled toward Earth by the recent eruptions of sunspot 1283 will deliver glancing blows to Earth’s magnetic field on Sept. 9th – 11th. High-latitude sky watchers should be alert for auroras in the nights ahead.

Sunspot 1283 is producing flares so intense they are visible through solar telescopes in backyards 93 million miles away.

The magnetic canopy of sunspot 1283 has an unstable “beta-gamma-delta” configuration tthat harbors energy for more powerful eruptions. NOAA forecasters estimate a 75% chance of M-flares and a 25% chance of X-flares during the next 24 hours. (SpaceWeather)

A solar wind stream flowing from the indicated coronal hole should reach Earth on Sept. 11-12. 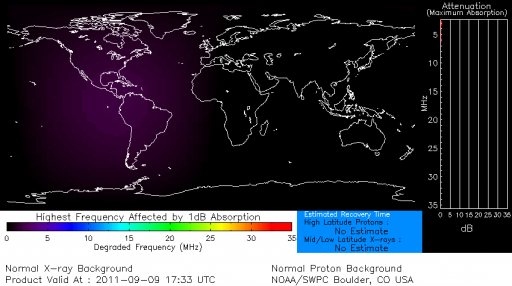 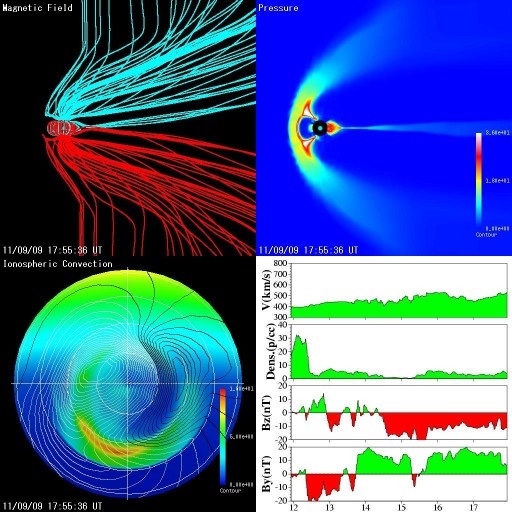 IA. Analysis of Solar Active Regions and Activity from 07/2100Z to 08/2100Z:
Solar activity was high. Region 1283 (N16W42) produced two major flares. The first was an X1/3b at 07/2238Z associated with weak Types II and IV radio sweeps, a 1300 sfu Tenflare, and a non-Earth-directed CME. The second was an M6/1n at 08/1546Z associated with a weak Type IV radio sweep. Region 1283 maintained a weak delta magnetic within the northern portion of its leader spots and showed trailer
spot development during the period. Region 1289 (N21E51) also showed trailer spot development during
the period. No new regions were numbered.

Solar activity is expected to be moderate during the period (09 – 11 September) with a chance for another X-class flare from Region 1283.

Geomagnetic field activity was at quiet levels. The greater than 2 MeV electron flux at geosynchronous orbit reached high levels during the period.