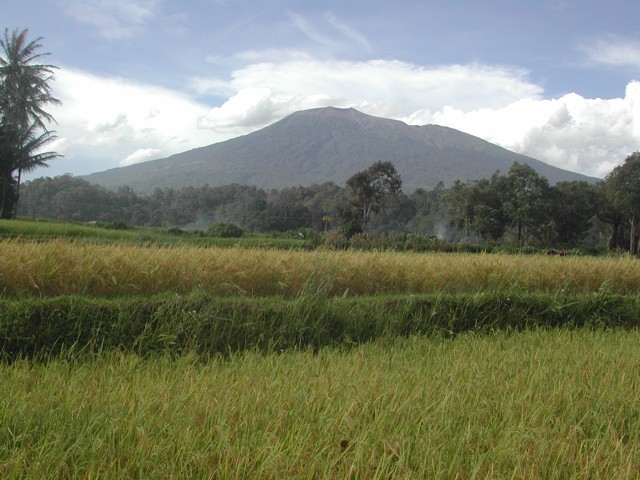 Marapi volcano in Sumatra, Indonesia was raised to level 2 alert on 3rd August after continuous volcanic tremor was recorded. Earthquake activity was accompanied by 8 explosions and thick grey emissions rising 1 km above the summit. A 3 km exclusion zone has been placed around the crater.

Gunung Marapi is the most active volcano in Sumatra. Eruptions usually consist of moderate explosions occurring alternately between Tuo and Verbeek craters. Four summit craters (Bancah, Tuo, Kebun Bungo and Bongsu) are located along an ENE-WSW line, with volcanism migrating to the west. No lava flows have been recorded outside the summit craters in historical times from two flank craters (Sikumpar and Kayutanduk).

The towns of Kota Baru and Bukittinggi are located at the base of the volcano. 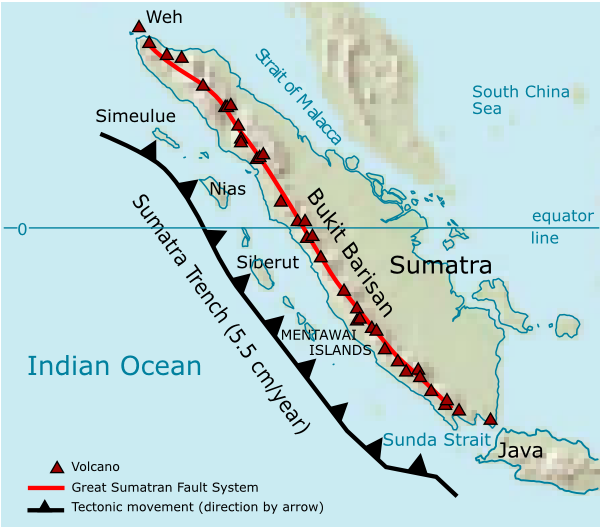 Indonesia is located at the junction of four tectonic plates, Australian, Philippine, Eurasia and Pacific. Indonesia has more active volcanoes than any other country. It contains some of the world’s most famous volcanoes, Krakatau (Krakatoa), Tambora, and Merapi. About 76 volcanoes in Indonesia have erupted in historical times. (VolcanoLive) 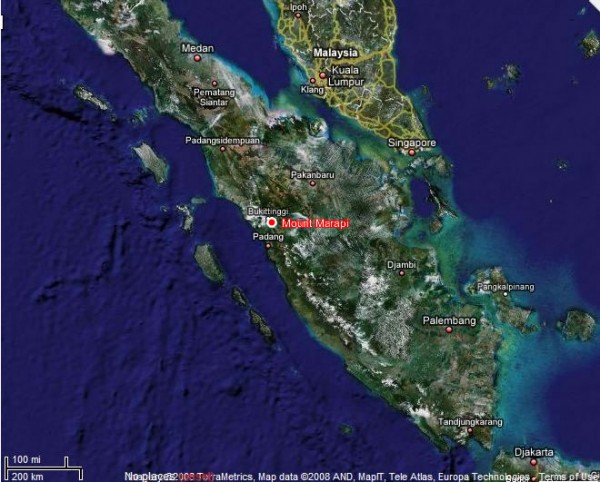 Gunung Marapi, not to be confused with the better-known Merapi volcano on Java, is Sumatra’s most active volcano. Marapi is a massive complex stratovolcano that rises 2000 m above the Bukittinggi plain in Sumatra’s Padang Highlands. A broad summit contains multiple partially overlapping summit craters constructed within the small 1.4-km-wide Bancah caldera. The summit craters are located along an ENE-WSW line, with volcanism migrating to the west. More than 50 eruptions, typically consisting of small-to-moderate explosive activity, have been recorded since the end of the 18th century; no lava flows outside the summit craters have been reported in historical time. (GlobalVolcanismProgram)