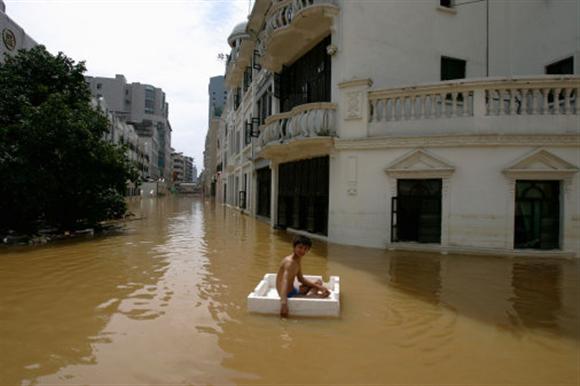 Though tropical storm Nock-Ten has moved out of China for Vietnam, the downpours it has unleashed since Friday continued to batter several coastal and island provinces on Saturday while in the nearby provinces of Hunan and Guiyang, lingering drought has left over 960,000 people short of drinking water.

Nock-ten, the eighth storm and the most powerful one hitting China so far this year, has moved out of China to the north and is expected to hit northern Vietnam late Saturday after landing at China’s southernmost island province of Hainan late Friday afternoon. The tropical storm has brought strong wind and heavy rain since it landed in south China. Though its influence has reduced, rainstorms are expected to continue in Hainan, the coastal Guangdong Province and Guangxi Zhuang Autonomous Region through early next week.

A total of 189,033 people had been evacuated to safe areas in the southern island province of Hainan as of early Saturday morning after tropical storm Nock-Ten landed on the island late Friday afternoon, China’s flood control authorities said Saturday. 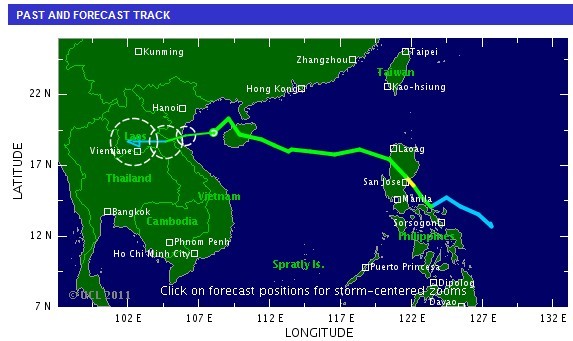 The storm hit Hainan the hardest, where it has killed two people and resulted in direct economic losses of 377 million yuan (58 million U.S. dollars), according to the provincial flood control office. On Saturday, flights at two Hainan airports, which were canceled Friday due to Nock-ten, were resumed as the storm left.

However, only parts of the shipping services across the Qiongzhou Strait, which separates Guangdong Province from the island, were resumed Saturday afternoon to help evacuate stranded passengers, according to the local maritime bureau. 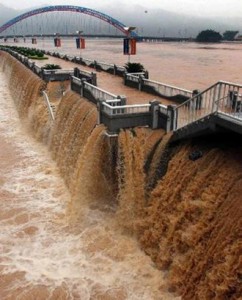 In Guangdong and Guangxi, where flooding was not so serious, the storm helped those regions cool down from persistent summer heat. Heavy rainfall also drenched parts of north China during the past few days. Downpours have been ravaging Beijing on and off this month, with an average precipitation of 327 mm as of July 28, the highest of the same period in 10 years, according to the city’s weather bureau.

Days of heavy rainfall also swelled a river in Inner Mongolia Autonomous Region. The river burst its banks on Friday, submerging over6,667 hectares of farmland and forcing over 2,000 villagers to be evacuated from their homes.

Also in east China’s Shandong Province, rainstorms have raised water in four reservoirs above alarming levels and forced 19 reservoirs to discharge floodwater as of Saturday. The rain also has pounded 65 counties in the northwestern province of Shaanxi since Thursday, where workers are rushing to repair a 150-meter-long section of state road damaged in the rainstorm.

Storm Nock-Ten was spreading over Vietnam from Saturday afternoon, hitting its central Ha Tinh and Nghe An provinces first, then moving northwards, according to the Vietnam Central Steering Committee for Flood and Storm Control ( CCFSC). The storm, the third one that hit Vietnam in 2011, triggered torrential rains in mountainous and coastal Ha Tinh and Nghe An provinces. On its moving course, it caused strong wind, heavy rains and rough sea along the coastline and also affected Hai Phong port city, where the storm was not forecast to visit.

While many parts of China are fighting rainstorms and floods, a lingering drought grips the southern provinces of Guizhou and Hunan. Guizhou on Saturday issued an emergency response plan as the drought has left over 900,000 people short of drinking water since July. For the whole province, rainfall in July is 69.8 percent less than the average amount in ordinary years. The situation in southwestern Guizhou is even worse, as rainfall is over 80 percent less, according to the provincial flood control and drought relief headquarters. 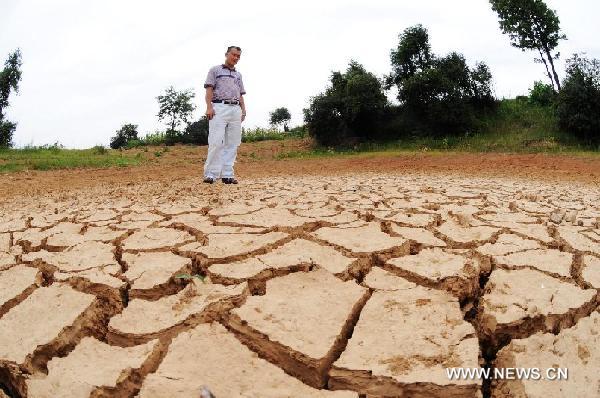 In neighboring Hunan Province, the drought has affected over 11,140 hectares of farmland in Xinhuang County and over 60,000 people there were short of drinking water. (Xinhua)