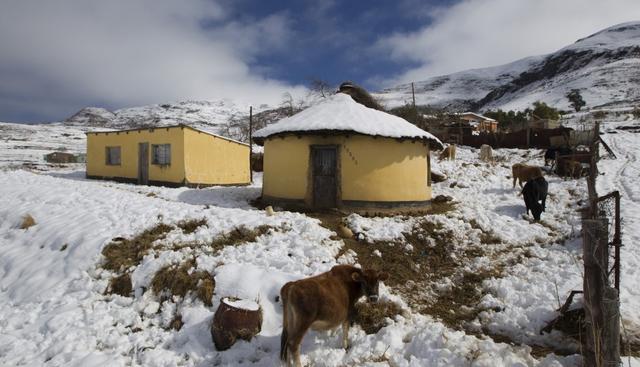 Parts of South Africa on Tuesday transformed into a winter wonderland, but the cold and frosty weather caused travel havoc as major highways and railways closed down. Most of the interior in the Eastern Cape and high grounds of KwaZulu-Natal are covered in snow, which have caused some roads to be closed.

Major routes between Johannesburg, Africa’s richest city, and Durban, the continent’s busiest port, were closed. The army was called in to assist motorists stuck in the snow along main N3 highway to Durban. Trains running from Gauteng, the province that includes Johannesburg and the capital Pretoria, cancelled their trips because of the snow, said the country’s rail agency. Parts of South Africa receive snow every winter, but  the weather service doesn’t measure the snowfall, making comparisons with previous years difficult. (TerraDaily) 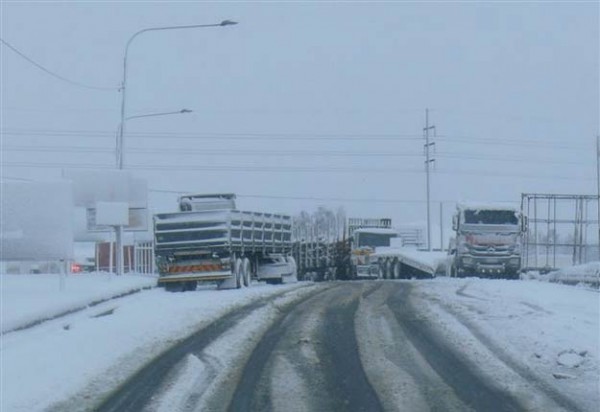 Snow fell heavily in the Warden, Harrismith and Van Reenen’s Pass areas, reaching depths in excess of 1m in places. As a result, many motorists and trucker drivers had been stranded along the N3 since Monday. Parts of South Africa usually receive a dusting about once or twice a year, but a storm that hit large parts of the eastern half of the country on Monday and Tuesday dumped up to 60 cms (2 feet) in some areas.

SABC reports that villagers in the north Eastern Cape say the snowfall is killing off their live stock. Animals are battling to find food as most grazing land is covered in snow. Snow continues to cover most parts of the province. 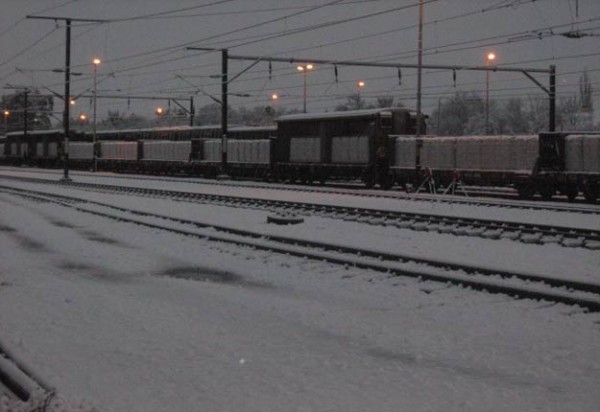 Some schools remained shut as power shortages were reported in several towns. Motorists, mostly truck drivers, were stranded for a second day. But, farmers have also been hard-hit. From heavy and unseasonable rains earlier this year, the bad just got worse.

Henk Vermeulen from the Free State Agricultural Union says the situation is bad, not only for the animals in the fields, but also for those who have not harvested their maize or planted their wheat as they cannot get into the fields.   The economic impact has been devastating as vital cargo failed to reach its destination. Just how much it has cost the economy is still uncertain.

With the white blanket being pulled off in KwaZulu-Natal (KZN) and the N3 now clear, there is still a warning though. KZN Transport spokesperson Kwanele Ncalane says motorists should be aware of traffic caused by trucks which have commenced their trips after they were trapped in the snow.

Meanwhile, senior manager at the Road Traffic Management Corporation, Ashraf Ismail, says the Eastern Cape has been the worst affected by the snow after the national Ministry of Transport yesterday announced that a National Joint Operations Committee has been activated to deal with the heavy snowfalls and rain across large parts of the country. More than 19 major routes were closed yesterday, but many of them are slowly re-opening. (SABC)