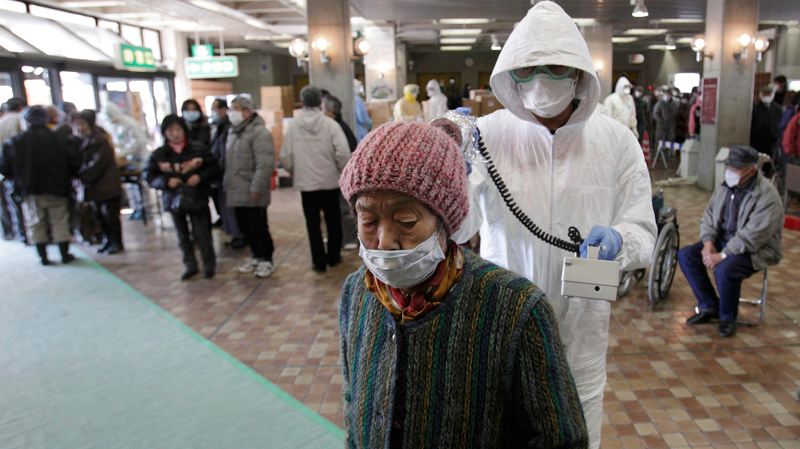 The voluntary guidance, in areas where higher levels of radiation have been detected sporadically beyond the 20 kilometre (12 mile) no-go zone around the plant, will affect households in Fukushima prefecture’s city of Minamisoma. The move is the second such recommendation after authorities in June identified 113 households that should evacuate from four districts near the crippled Fukushima Daiichi nuclear plant.

Tens of thousands of people have moved to shelters from areas in and beyond the no-go zone around the plant, including from a wider 30-kilometre zone where people were first told to stay indoors and later urged to leave. Higher levels of radiation have been detected in the newly designated locations, raising fears that residents’ accumulated exposure may exceed 20 millisieverts per year – the government’s limit for evacuation.

Since the March 11 disaster, Japan has raised the legal exposure limit for people, including children, from one to 20 millisieverts per year – matching the safety standard for nuclear industry workers in many countries. Environmental groups and critics have slammed the government for the rule change and say the current evacuation zone around the plant is not wide enough and does not account for the irregular pattern of radiation exposure. 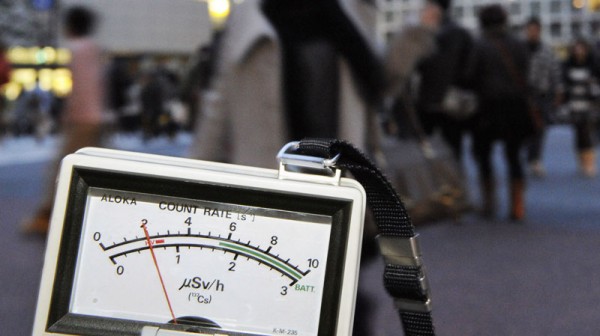 Radiation experts agree that children are at highest risk because they are still growing and will have more time to develop cancers and other health defects.

The latest evacuation recommendation comes amid a deepening scare over radiation-tainted Japanese beef with the number of cattle thought to have been contaminated and shipped around the country rising to nearly 1,500, reports said Thursday.

As many as 1,485 beef cattle in nine prefectures are thought to have been fed straw contaminated with radioactive caesium before being sent for slaughter and processing country-wide. (TerraDaily)

Internal radiation exposure of residents near the crippled Fukushima No. 1 nuclear power plant has been limited to one millisievert or less on an annualized basis, officials said Saturday.  The finding was obtained through a survey conducted by the National Institute of Radiological Sciences on residents of areas near the plant, including the no-go zone, between June 27 and July 16. The survey, covering 122 residents aged between 4 and 69 years, used a whole body counter. (JijiPress) 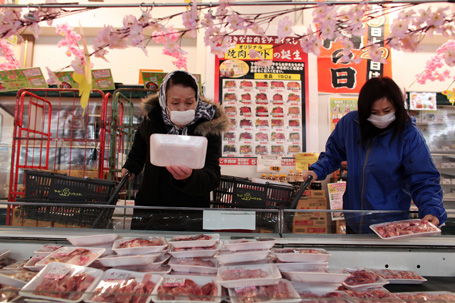 The straw contamination is a result of the nuclear crisis at the Fukushima Daiichi plant and has been spread through trading of the tainted feed among farmers in regions beyond Fukushima, Miyagi and Iwate, where the problem is believed to have originated. Straw from Iwate prefecture showed radioactive caesium readings 43 times the government limit, according to local authorities.

The animals had been shipped to 45 of Japan’s 47 prefectures as of late Wednesday, according to tallies by Jiji Press and Kyodo News, and some of the meat has already been consumed. The contamination surfaced earlier this month when elevated levels of radioactive caesium were found in beef from cattle shipped from a farm in Minamisoma, a city near the nuclear plant.

On Tuesday, the government banned shipments of Fukushima beef, four months after the March 11 quake and tsunami sparked reactor meltdowns at the nuclear plant.  Municipalities, including areas in Tokyo, have said that the affected meat has already been used in school lunches and sold at stores. The central government has banned shipment of certain vegetables, tea, milk and seafood from Fukushima and areas beyond including tea grown south of Tokyo. (SeedDaily) 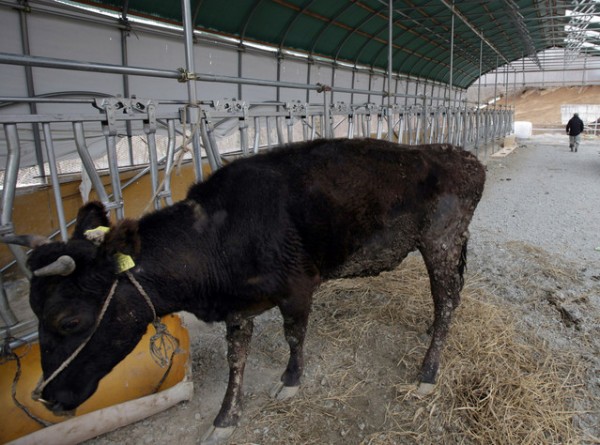 Additional 944 beef cattle suspected of radioactive contamination have been shipped from farms in Miyagi Prefecture, officials said Saturday.  As a result, the number of cows shipped from the northeastern Japan prefecture after being fed with rice straw with radioactive cesium exceeding the legal limit of 300 becquerels per kilogram totaled 1,183. The overall number of such cows found to have been shipped exceeded 2,700 across the country. (Jen.JiJiPress)