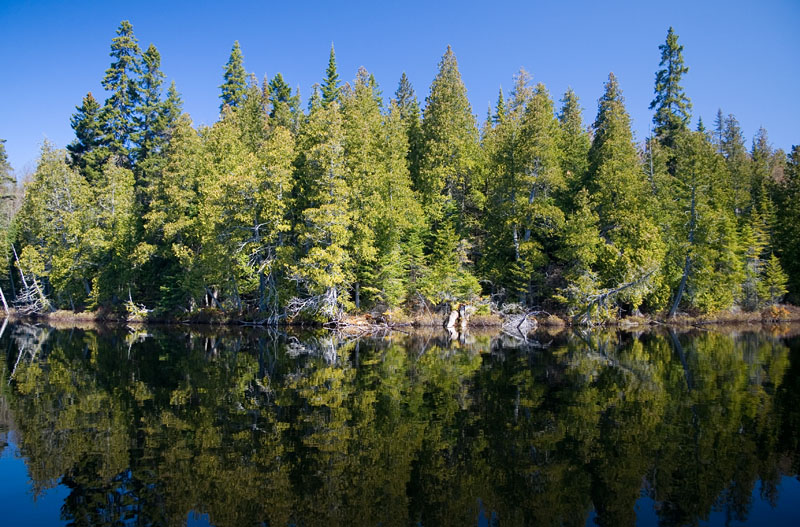 Russia’s boreal forest – the largest continuous expanse of forest in the world, found in the country’s cold northern regions – is undergoing an accelerating large-scale shift in vegetation types as a result of globally and regionally warming climate.

That in turn is creating an even warmer climate in the region, according to a new study published in the journal Global Change Biology and highlighted in the April issue of  Nature Climate Change.

The Great Russian forest, which includes much of Siberia, is the size of the contiguous United States. It has experienced significant documented warming over the last several decades. As a result, tree species that are more tolerant of warmer weather are advancing northward at an increasing rate as species that are less tolerant to a warmer climate are declining in number.

“We’ve identified that the boreal forest, particularly in Siberia, is converting from predominantly needle-shedding larch trees to evergreen conifers in response to warming climate,” said the study’s lead author, Jacquelyn Shuman, a post-doctoral research associate in environmental sciences in U.Va.’s Graduate School of Arts and Sciences. “This will promote additional warming and vegetation change, particularly in areas with low species diversity.”

Larch trees drop their needles in the fall, allowing the vast snow-covered ground surface of winter to reflect sunlight and heat back into space. This helps keep the climate in the region very cold. But evergreen conifers, such as spruce and fur, retain their needles year round.

These trees absorb sunlight, which causes ground-level heat retention. This creates ideal conditions for the proliferation of evergreens, to the detriment of the leaf-dropping larches. The result is a northward progression of evergreens and a farther-northward retreat by the larch forests. 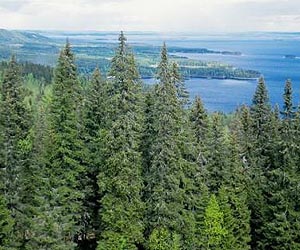 The researchers used a climate model to assess what would happen if evergreens continued to expand their range farther north and larch species declined. The “positive feedback” cycle of warming promoting warming showed an increase of absorbed surface warming. The model takes into account detailed information about tree growth rates, and the results agree with actual field studies documenting changes in cone production and movement of evergreen treelines northward.

“Such changes in that vast region have the potential to affect areas outside of the region,” Shuman noted.

The Russian boreal forest sits over a tremendous repository of carbon-rich soil frozen in the permafrost. As the forest changes in species distribution from larch to evergreens, warming of the ground surface would cause decomposition of the soil, releasing huge quantities of carbon dioxide into the atmosphere – possibly as much as 15 percent of the carbon dioxide currently in the atmosphere.

“This is not the scenario one would want to see,” Shugart said. “It potentially would increase warming on a global scale.“

The study is derived from Shuman’s Ph.D. dissertation. Shugart served as her adviser. Their paper is co-authored by Thomas Liam O’Halloran, previously a doctoral student in environmental sciences at U.Va. and now a post-doctoral research associate at Oregon State University. (TerraDaily)

The Environmental Outlook in Russia