The region is located in an area that favors Earth-directed coronal mass ejections (CMEs).

A Type II Radio Emission was registered at 17:32 UTC, with an estimated velocity of 1 424 km/s. Type II emissions occur in association with eruptions on the Sun and typically indicate a coronal mass ejection is associated with a flare event.

In addition, a 10 cm radio burst (540 sfu) and a Type IV Radio Emission were registered. Type IV emissions occur in association with major eruptions on the Sun and are typically associated with strong coronal mass ejections and solar radiation storms. 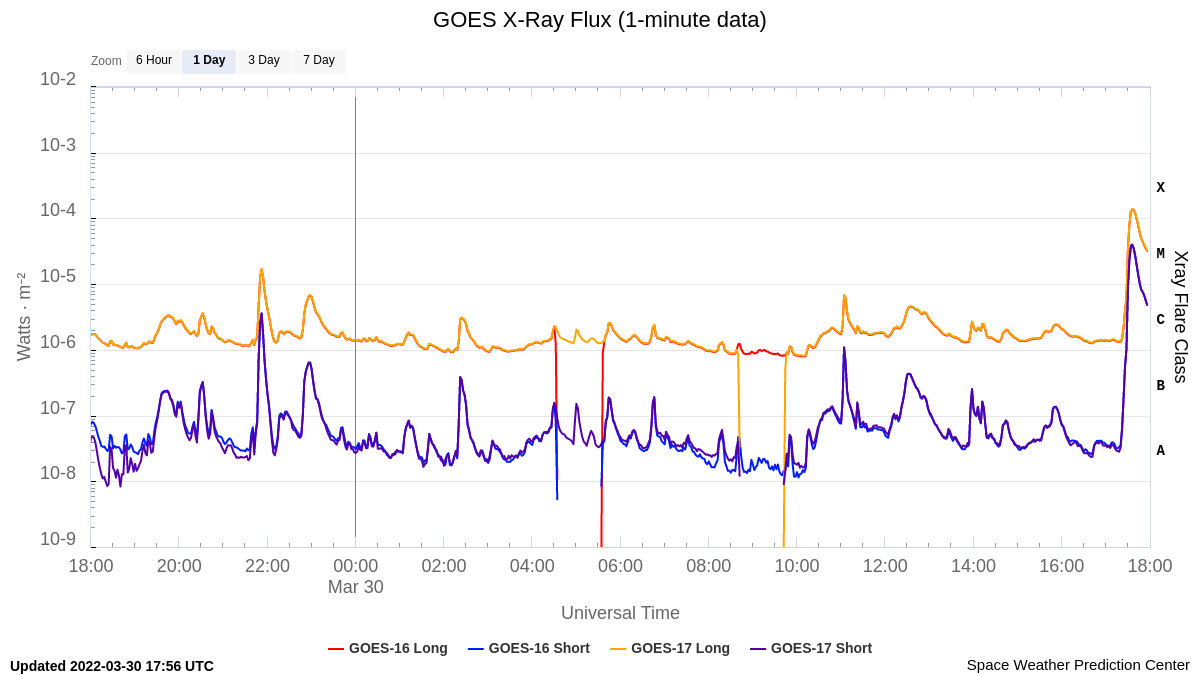 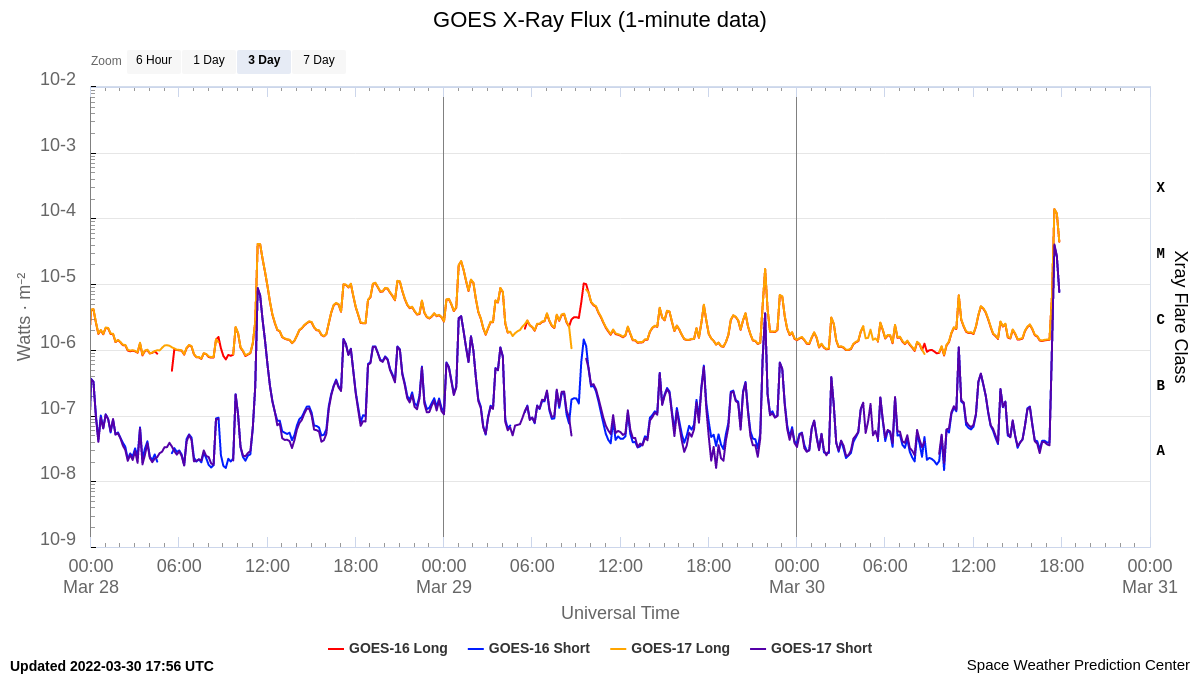 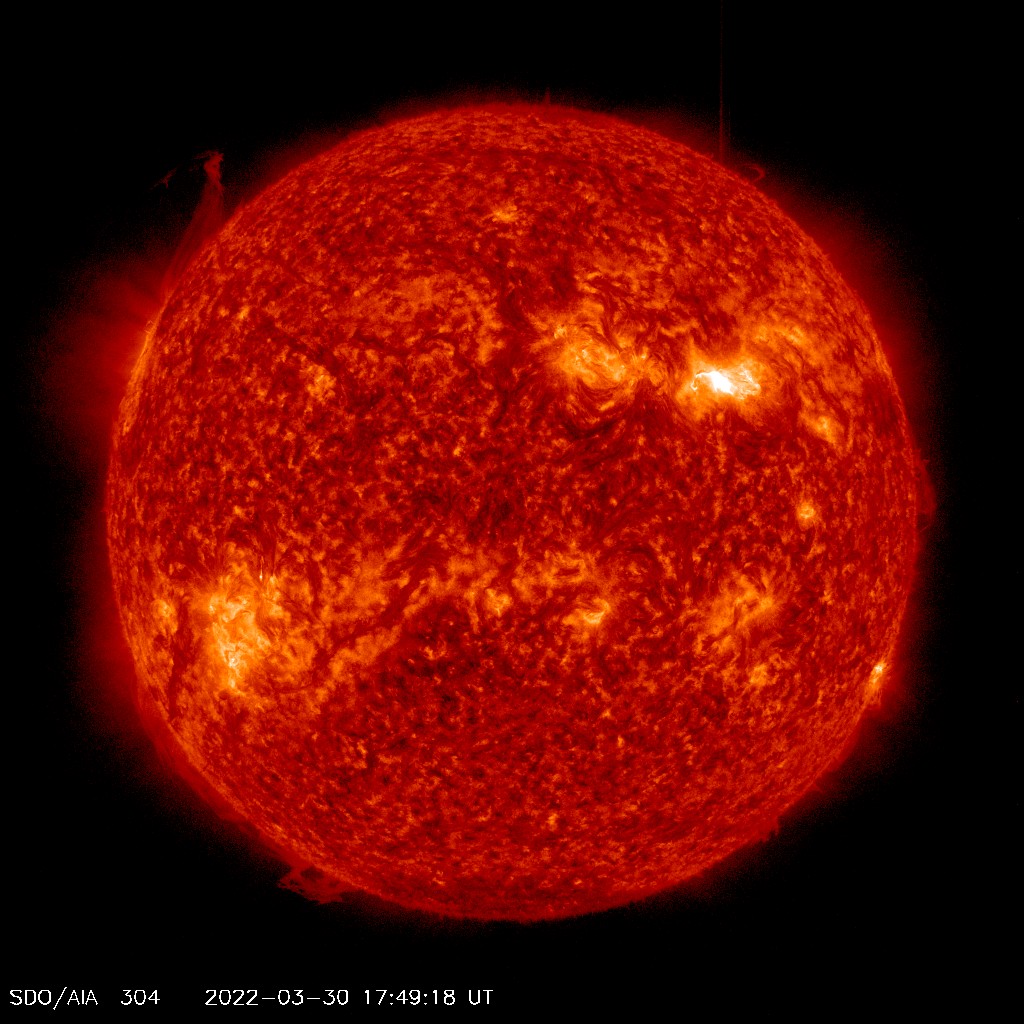 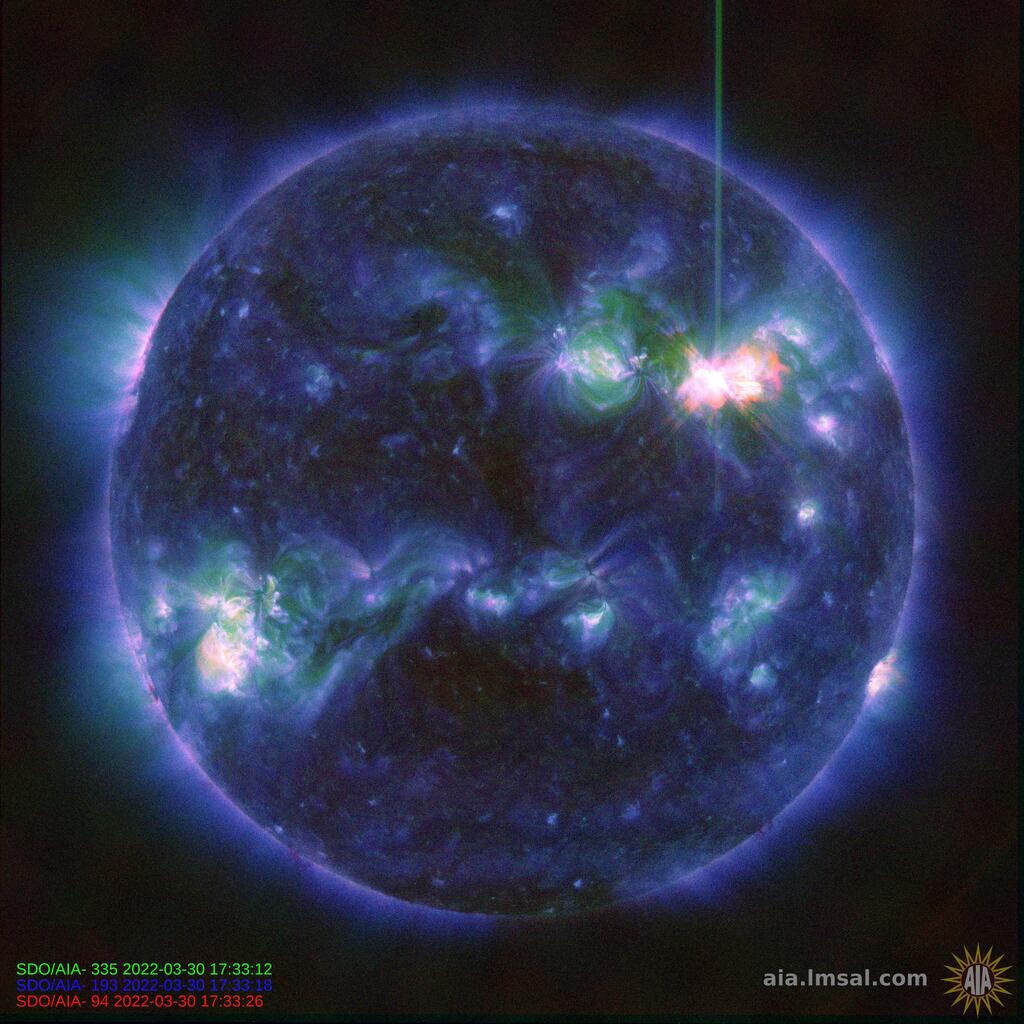 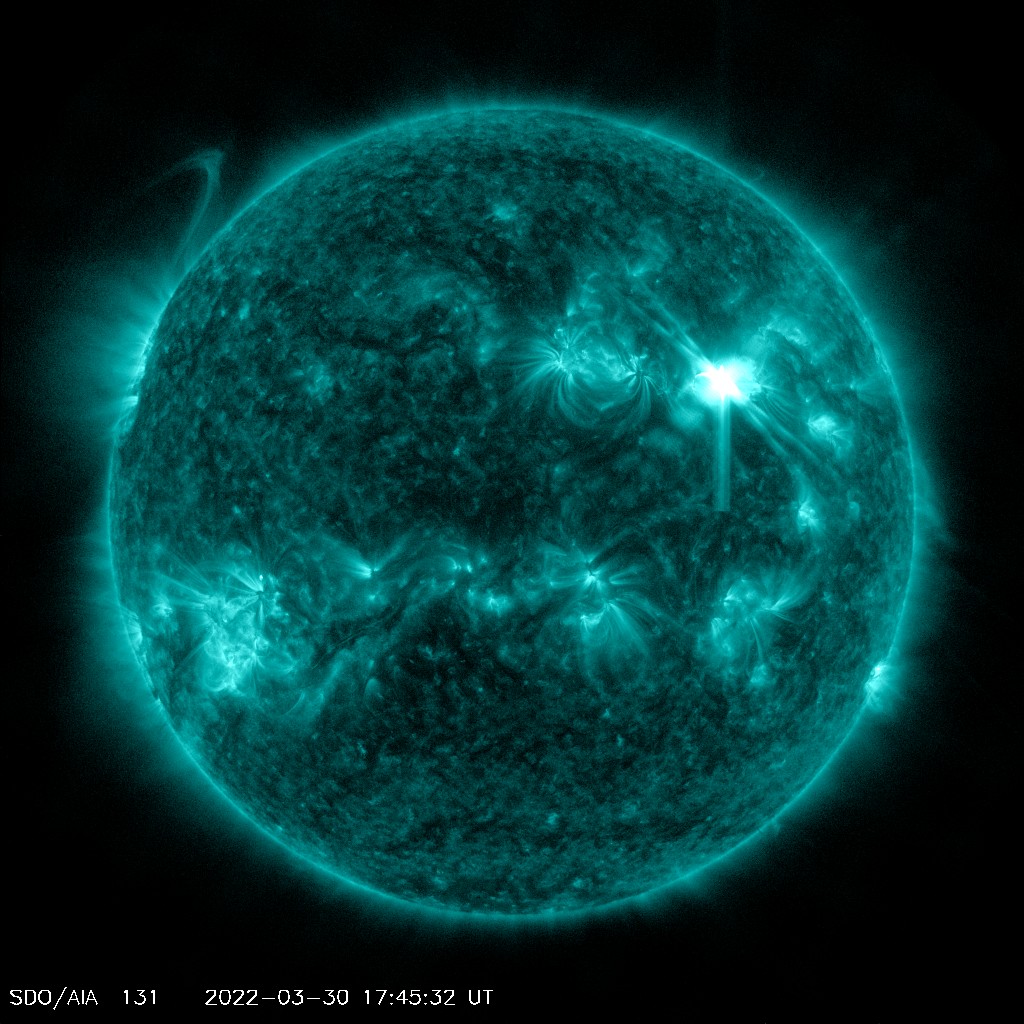 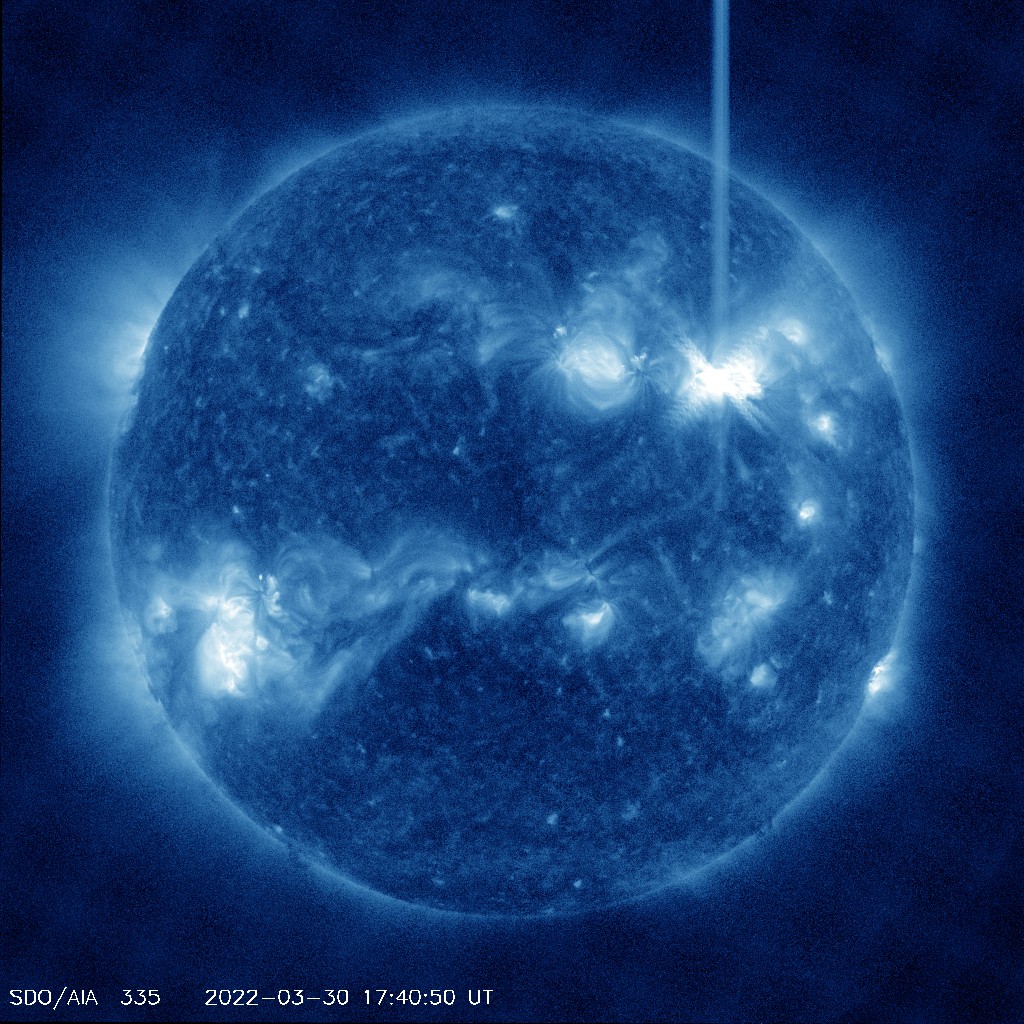 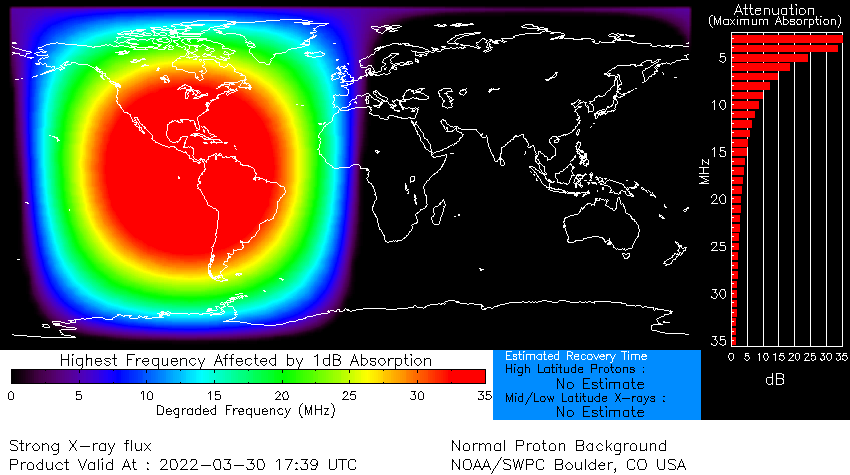 Active Region 2975 has a beta-gama-delta magnetic configuration and is capable of producing more strong to major eruptions on the Sun. The chances for Earth-directed CMEs are diminishing as it rotates away from geoeffective position. 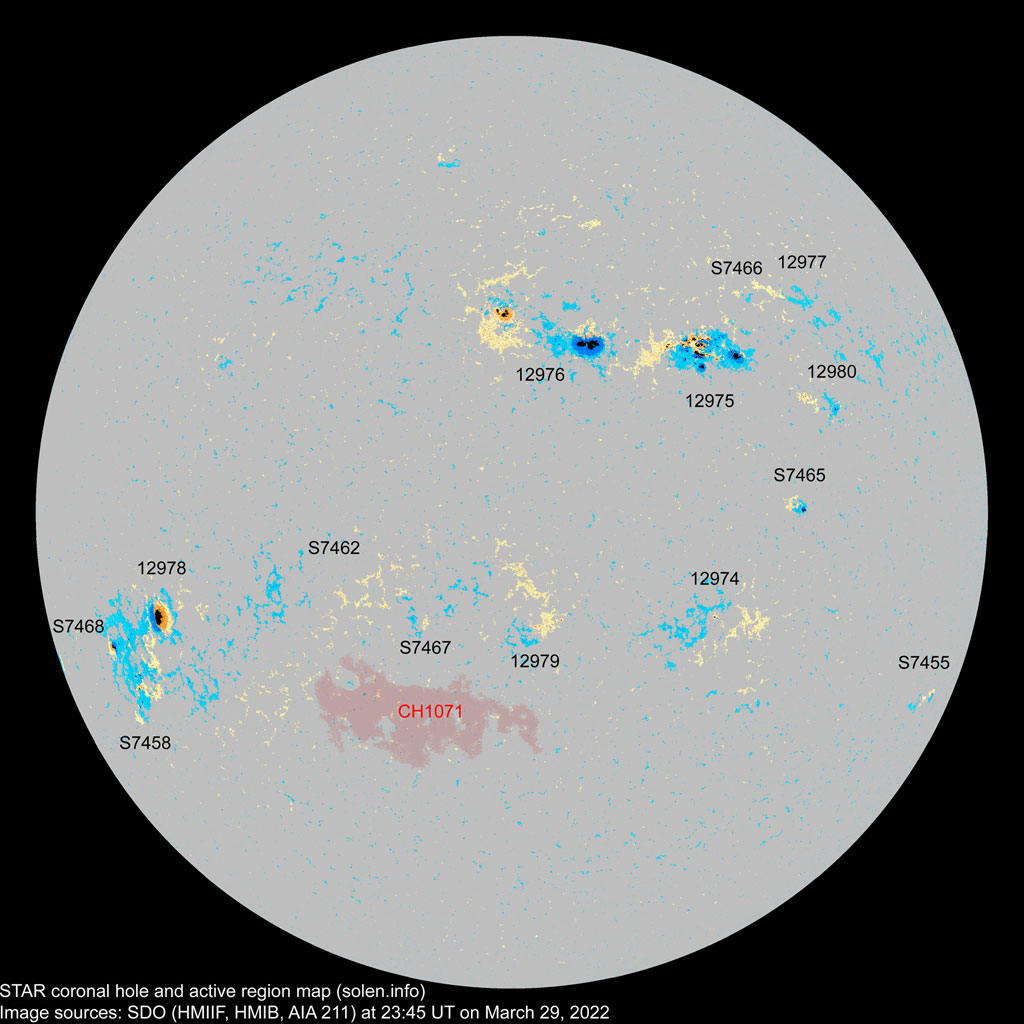 Both M-flares mentioned above produced Earth-directed CMEs, expected to combine and reach Earth early March 31. As a result, a G3 – Strong geomagnetic storm watch is in effect. 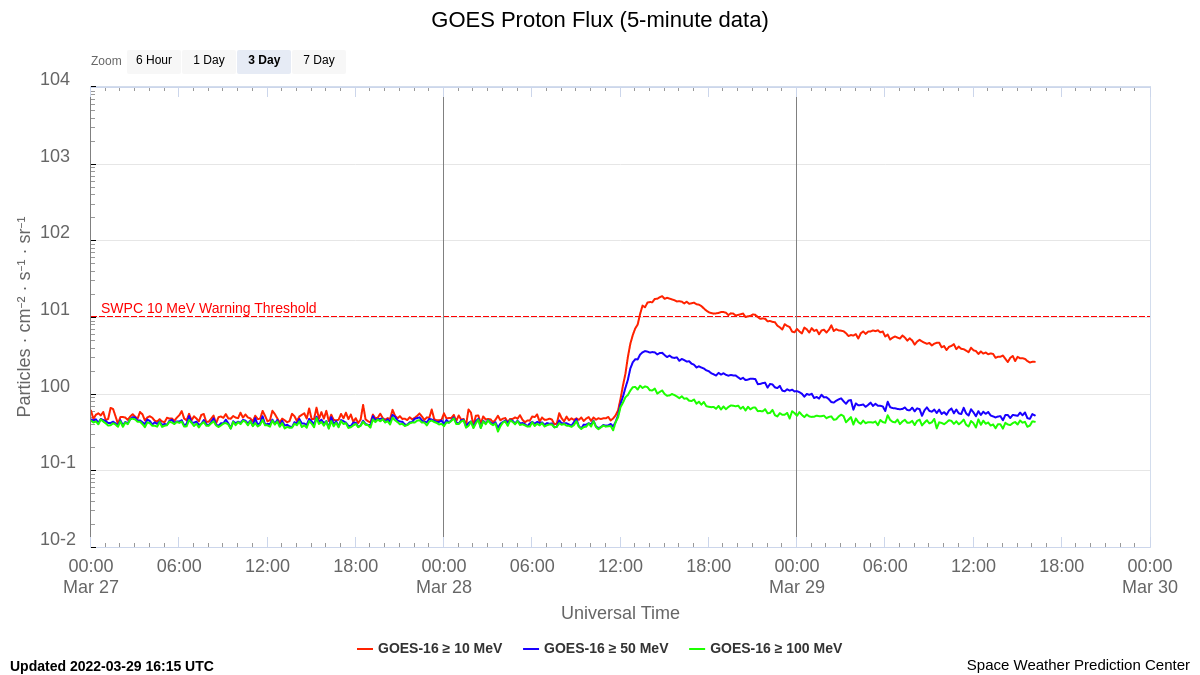