A small Apollo-class asteroid designated 2022 EB5 impacted Earth’s atmosphere and disintegrated southwest of Jan Mayen island in the Arctic Ocean at around 21:22 UTC on March 11, 2022.

The object was discovered at GINOP-KHK observatory by Hungarian astronomer Krisztián Sárneczky at 19:24 UTC, roughly two hours before it impacted Earth.1 This made it only the 5th time an asteroid was discovered before it hit Earth.

“This is the second time I’ve seen an asteroid before it hits Earth – so surveillance works,” Pettarin said.

“An alert was sent to observers roughly one hour after the discovery, encouraging European observers to monitor the small object before it would enter our planet’s atmosphere,” Karl Antier of the International Meteor Organization (IMO) said.2

Near the predicted impact time, some observers from Northern Iceland, close to Akureyri, reported having observed a bright flash above the horizon, Antier said. 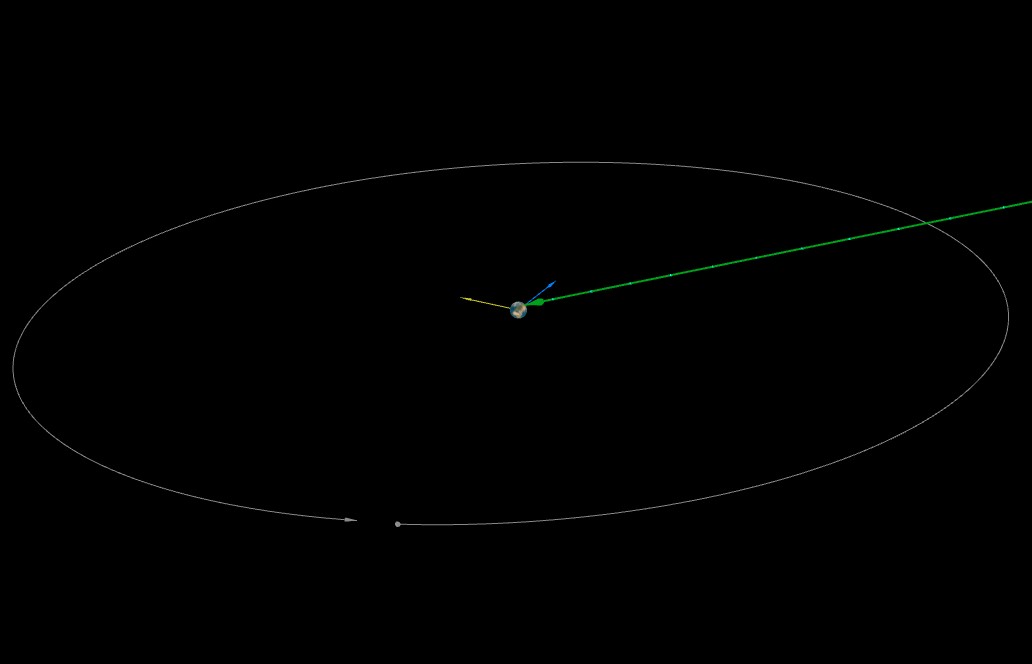 The explosion was detected by Comprehensive Nuclear Test Ban Treaty Organization infrasound stations in Greenland and Norway. Combining data from the two locations, University of Western Ontario astronomer Peter Brown estimated that the asteroid exploded with an energy close to 2 kilotons of TNT.

The other 4 asteroids detected before impacting Earth are:

All were small space rocks that did no damage when they broke up in our planet’s atmosphere.

“2022 EB5 appears to be the smallest yet, and demonstrates that humans are getting better at finding potentially dangerous asteroids before they strike,” said Dr. Tony Phillips of SpaceWeather.com.

Impact! When 2022 EB5 struck the Earth north of Iceland this morning, it became the 5th asteroid to be discovered prior to impacting Earth. pic.twitter.com/kYsQ40uuFq