At 12:00 UTC on February 4, the center of Intense Tropical Cyclone "Batsirai" was located approximately 191 km (119 miles) NW of Saint-Denis, Réunion.

Batsirai is currently in a very favorable environment for intensification with a very good upper-level divergence and weak shears under the upper-level ridge. This will continue until landfall. 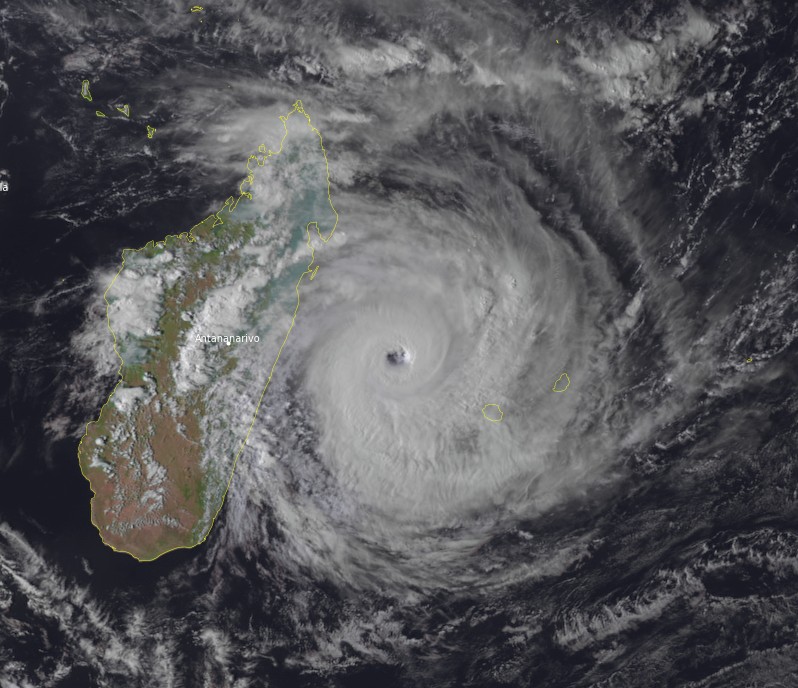 Madagascar is already feeling the impacts of rain and winds in regions located south of Vatomandry.

The cyclonic swell should reach the coast during Friday with heights close to 7 or 8 m (23 – 26 feet) in the most probable heights and maxima which can approach 15 m (50 feet). 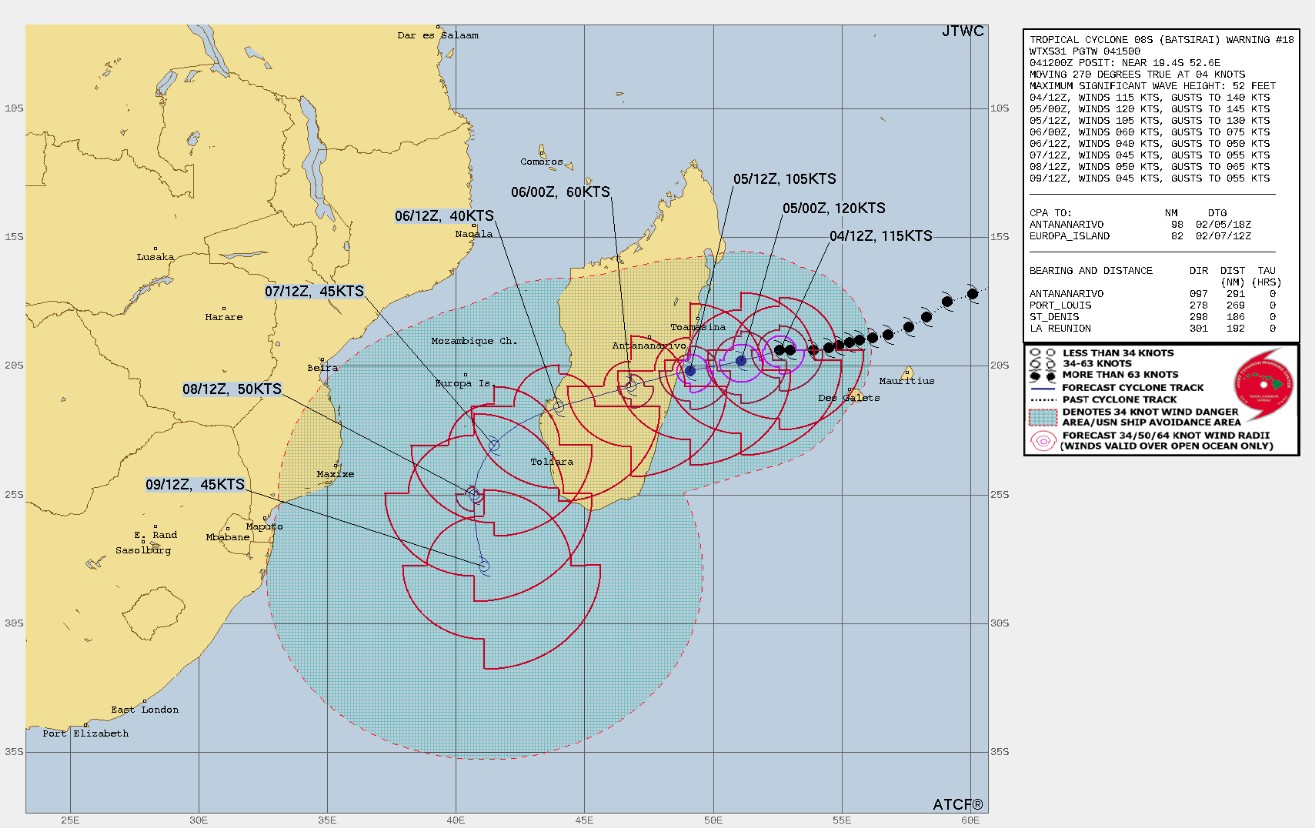 Landfall is expected on Saturday afternoon (LT) on the Malagasy coast, between Vatomandry and Mananjary with an uncertainty of about 100 km (62 miles) on the impact area.

On Sunday, Batsirai will emerge into the southern Mozambique Channel, significantly weaker due to land interaction.

It will curve its trajectory southeast of Europa island, before curving its trajectory more towards the south at the beginning of next week because of the weakening and the shift towards the east of the subtropical ridge. The different guidelines seem to confirm this scenario which keeps the system away from Mozambique land.

In the Mozambique Channel, after a significant weakening following its passage over land, the system could again develop under fairly favorable conditions at least until Monday, benefiting from a good polar evacuation channel.

In the longer term, the environmental conditions (mainly shear, and the presence of dry air in the northwest of the system) should limit the intensity of the system as it plunges towards the southern latitudes.