A severe winter storm named Elpida affected Greece, including the capital Athens, from Monday, January 24 – Wednesday, January 26, 2022, with very low temperatures and heavy snow. This is the worst snowstorm to hit Greece since 1968.

With heavy snow and overnight temperatures dropping to -14 °C (6.8 °F), authorities closed schools, public offices and all private businesses in the capital, except supermarkets, pharmacies and gas stations.

While residents were urged to stay home and avoid all unnecessary travel, more than 3 500 drivers were rescued on January 24 alone. Around 1 200 cars remained stuck on the Attiki Odos, the capital's main ring-road, on Tuesday morning.1 The vehicles were removed on Wednesday morning with the help of the army.

In addition to major traffic chaos, the country was hit by widespread power cuts.

At least 200 000 homes and businesses in Athens were without power since Monday. On Thursday, January 27, less than 1 000 were still without power.

The storm also caused operational problems at hospitals, with many, mainly in the northern part of Athens, being difficult for both patients and staff to reach. There were also reported irregularities in oxygen supplies to hospitals, since the vehicles that were supposed to make deliveries were trapped on the streets of Athens.2

Schools and courts in Attica and on the island of Crete will remain closed on Thursday and Friday, January 28, according to a decision by the government which also issued a strong recommendation for the private sector to operate via teleworking, as these regions continue to grapple with efforts to return to normal.3

Prime Minister Kyriakos Mitsotakis has acknowledged the insufficient response of the state. 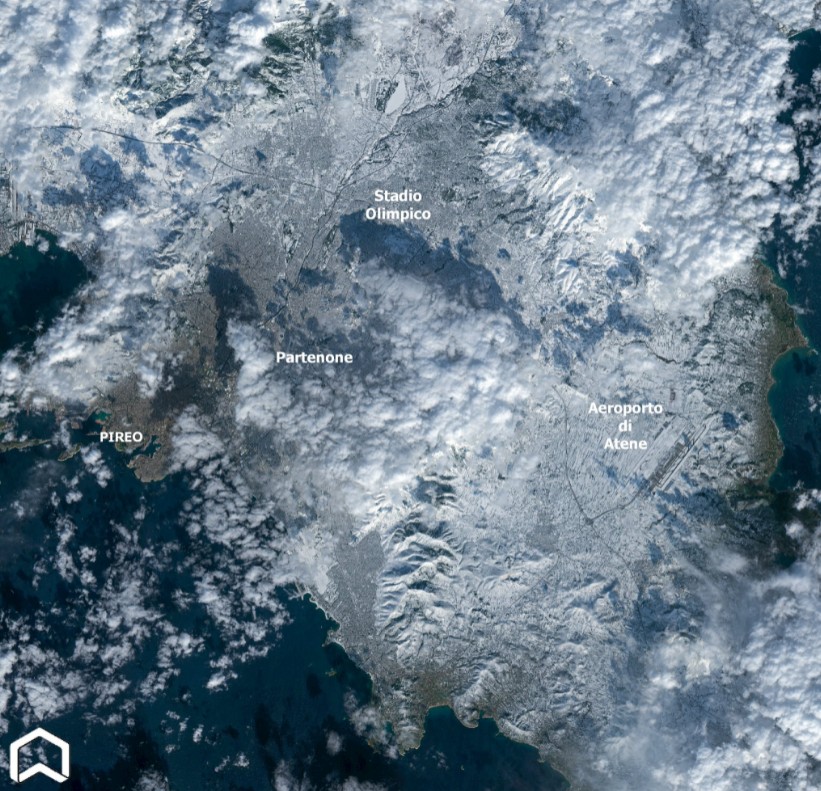 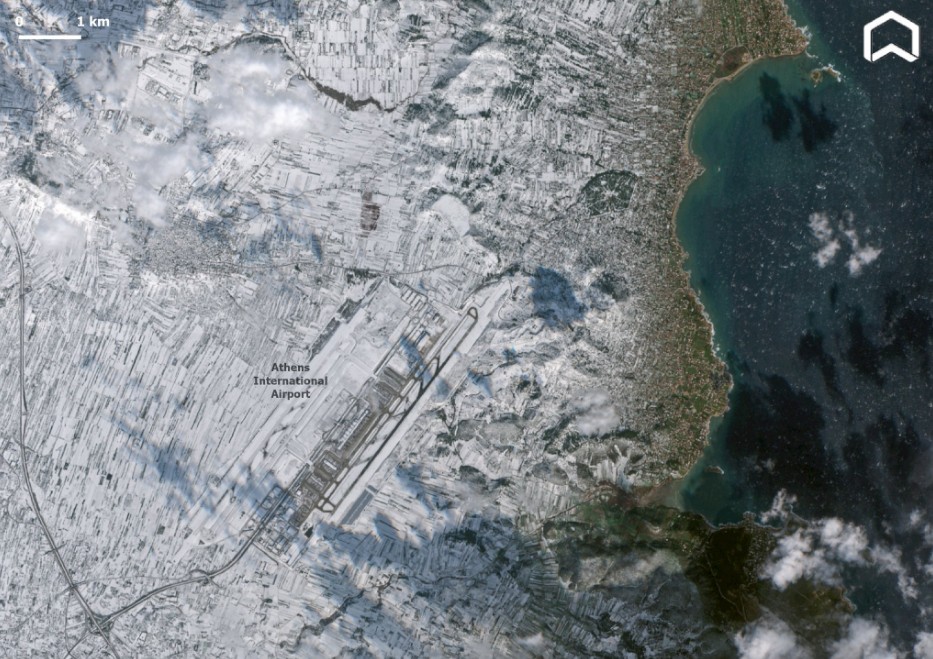 While snow is rare in central Athens and on the Aegean islands, this is the second time within 12 months the region experienced intense snowstorm and traffic chaos.

The country was hit by a historic snowstorm and record low temperatures in February 2021, leaving widespread disruption and at least three people dead.4, 5, 6 According to the National Meteorological Service, it was the 'fiercest' snowfall in terms of intensity and volume since 2008.

Winterstorm Elpida also hit neighboring Turkey, dropping up to 80 cm (31 inches) of snow on parts of the country. Istanbul airport, one of the world's largest airports was closed on Monday after heavy snow buried runways.

Around 4 600 people were stranded on motorways.

Beaches in the southern city of Antalya have seen snow for the first time in 29 years.1

Neighbouring Albania closed schools for three days because of cold weather. Authorities advised people to avoid driving as temperatures reached – 17 °C (1.4 °F) in the east of the country.7

3 Schools, courts and other services stay closed in Attica and Crete – eKathimerini