The Indonesian Center for Volcanology and Geological Hazard Mitigation (CVGHM) has raised the Alert Level for Awu volcano from 1 to 2 (Alert) on December 12, 2021, due to increased seismic activity detected since October. The last eruption at this volcano took place in 2004 (VEI 2). Awu is one of Indonesia's deadliest volcanoes, with a history of VEI 3 and 4 eruptions since 1711.

Seismic amplitude (RSAM) has been increasing progressively since November. 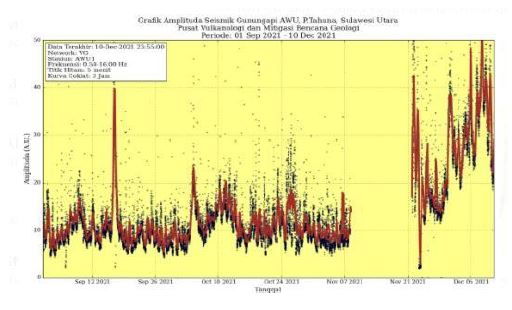 The potential dangers of Mount Awu at level II (Alert) are as follows:

The main potential hazards that may occur can be in the form of magmatic eruptions with ejection of incandescent material and/or ejection and pyroclastic flows or in the form of phreatic eruptions dominated by steam and volcanic gas as well as previous eruptive materials. The potential for destruction of the lava dome can occur if the pressure in the magmatic system increases significantly.

Other potential hazards can be in the form of volcanic gas emissions such as CO, CO2, H2S, N2 and CH4. These gases can be life-threatening if the inhaled concentration exceeds the safe threshold value.

Potential secondary hazards in the case of eruption can be in the form of lava flows from pyroclastic materials that fall on the slopes and are carried by rainwater following river channels that originate from Mount Awu. 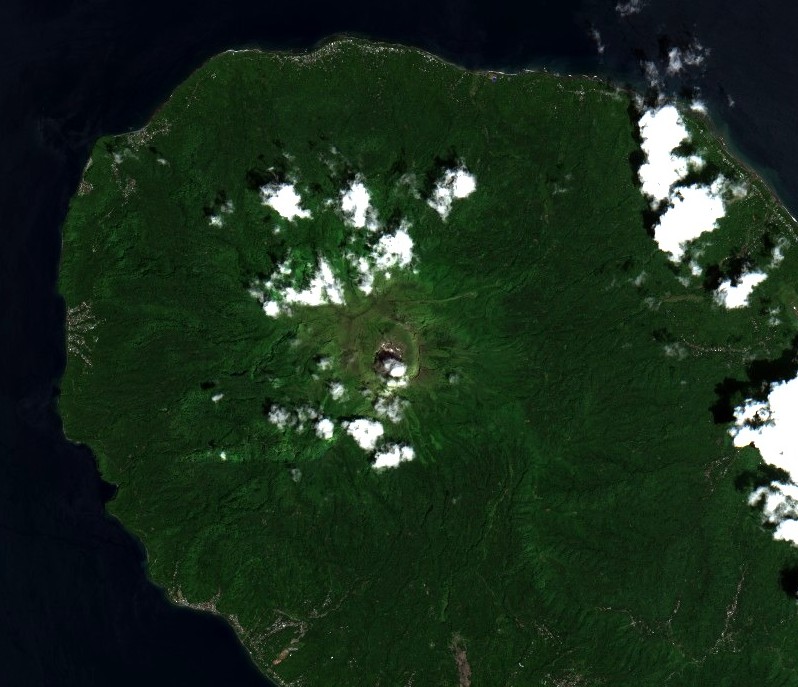 The public and visitors/tourists are advised not to approach the volcano within a radius of 1 km (0.62 miles) from the crater.

The communities around Mount Awu are advised to remain calm and not to be provoked by rumors about the activities of Mount Awu that cannot be justified.

The public is expected to follow the directions of the local Regional Disaster Management Agency.

The massive Gunung Awu stratovolcano occupies the northern end of Great Sangihe Island, the largest of the Sangihe arc.

Deep valleys that form passageways for lahars dissect the flanks of the volcano, which was constructed within a 4.5 km (2.8 miles) wide caldera.