Heavy ash emissions were observed at Etna's Southeast crater since 06:15 UTC on September 21, 2021, where strombolian activity resumed at 06:55 UTC. The Aviation Color Code was raised to Red at 07:10 UTC and lowered back to Orange at 09:30.

Strombolian activity evolved into lava fountains at around 07:55 UTC, with eruptive cloud reaching an altitude of about 9 km (29 500 feet) a.s.l., drifting ENE.

The activity is producing a modest lava flow heading to the southwest.1 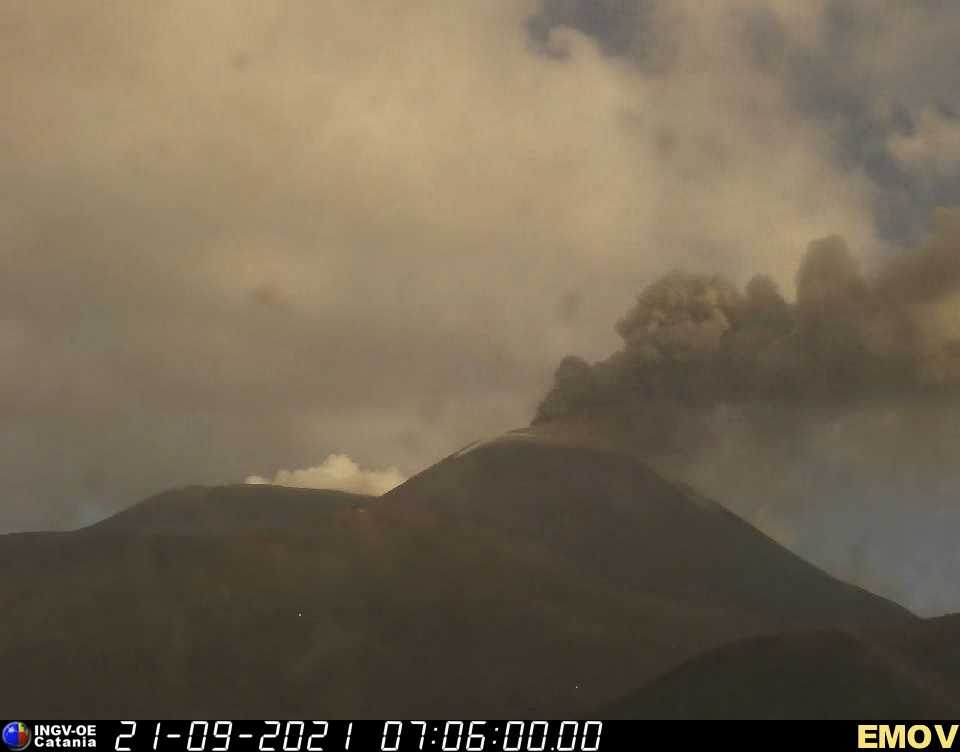 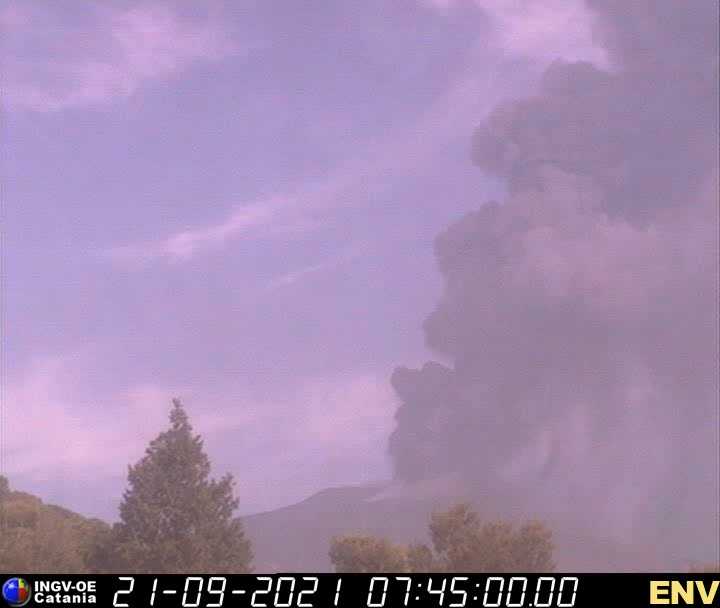 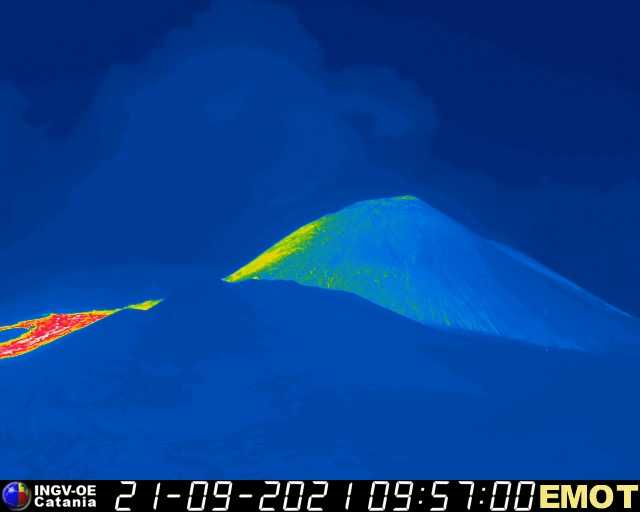 Eruptive events that took place this year at Etna have accumulated significant amounts of pyroclastic material and lava layers on the cone of the Southeast Crater – the youngest and most active of the four summit craters of Etna, leading to a significant transformation of the shape of the volcano and growing the volcano to a record height.2

Thanks to the analysis and processing of satellite images, the Southeast Crater reached 3 357 m (11 014 feet) and is now far taller than its 'older brother' – the Northeast Crater, an undisputed summit of Etna for 40 years.