The minimum central barometric pressure was 910 hPa and the system was moving NNW at 15 km/h (9.2 mph). 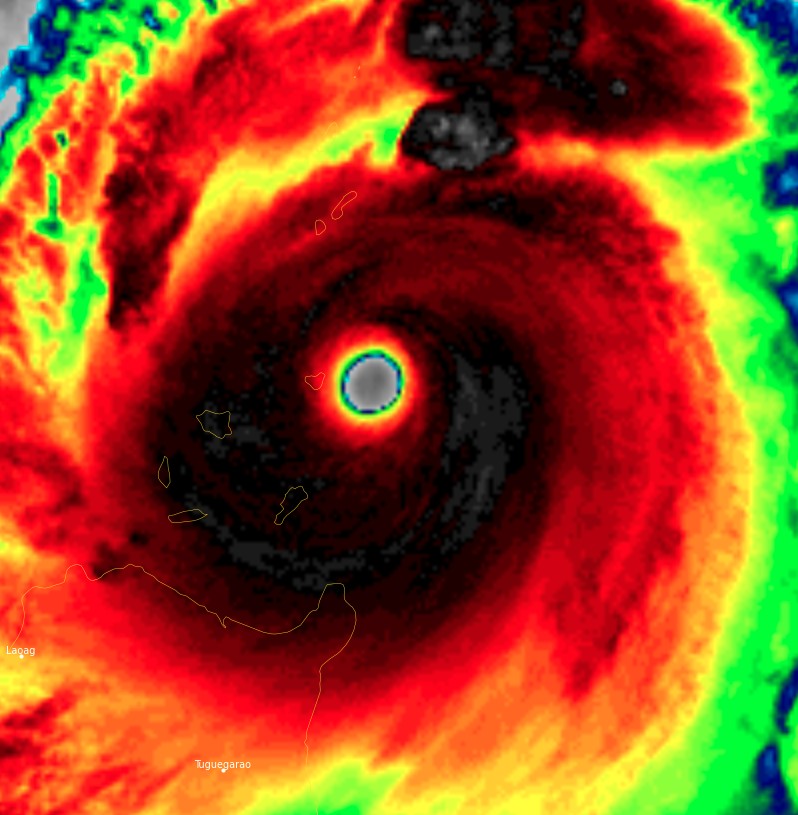 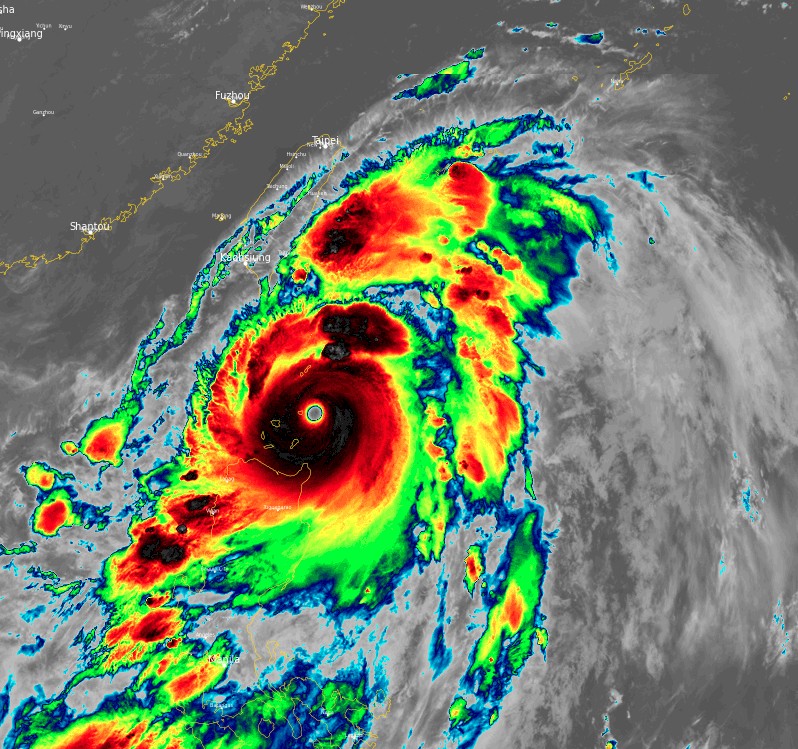 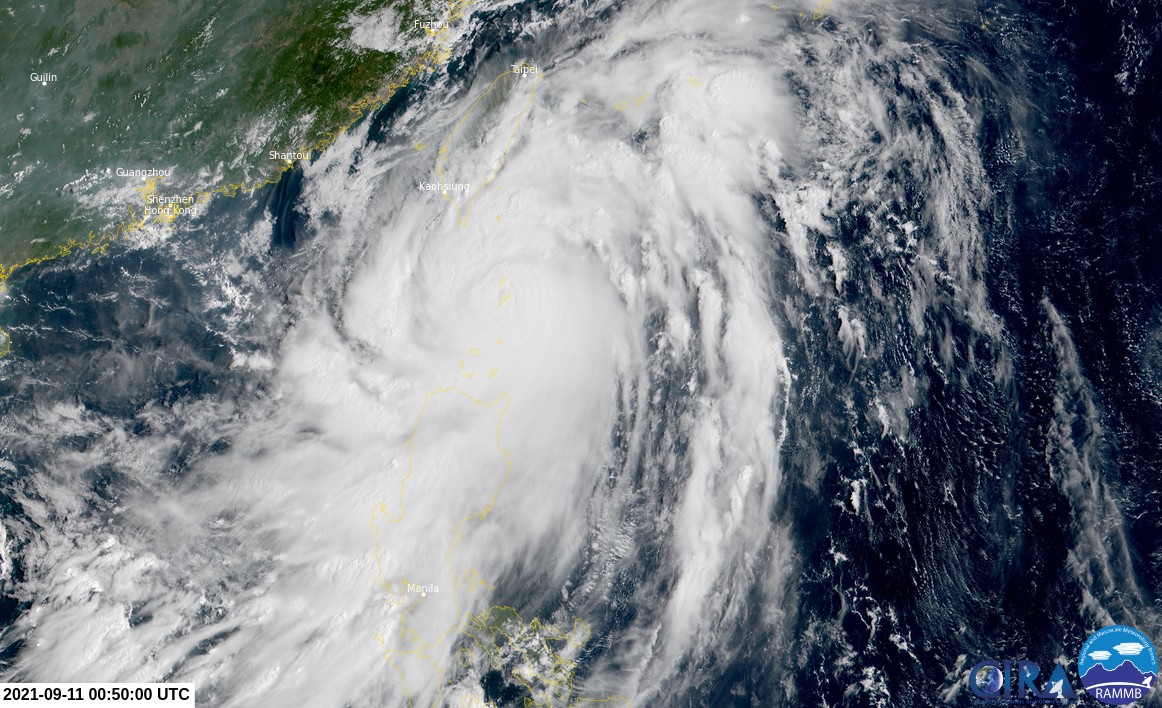 While Super Typhoon "Chanthu" appears to have completed an eyewall replacement cycle (ERC) and would thus be expected to be once again intensifying, radar imagery depicts the presence of a very small inner eye inside of a much larger secondary eyewall, JTWC forecasters said at 09:00 UTC.1

Microwave image acquired at 07:40 UTC today shows the outer eyewall is fairly ragged. There is also the presence of a band of dry air wrapping into the system from the east.

"The combination of these factors, along with the absorbtion of the remnants of Invest 96W, have disrupted the core from rapidly redeveloping," JTWC said.

Chanthu is forecast to continue tracking northward along the western side of the subtropical ridge (STR) over the next 48 hours.

By 09:00 UTC on September 13, a fairly robust STR is expected to develop centered to the southwest of Beijing with ridging extending eastward across South Korea and into the STR southeast of Japan, according to the JTWC.

This will lead to a weak steering environment, in which Chanthu will be trapped between the two ridges.

The presence of persistent mid-level northerly shear and mid-level dry air entrainment should limit any potential for near-term intensification and the system is expected to steadily weaken over the next 5 days. 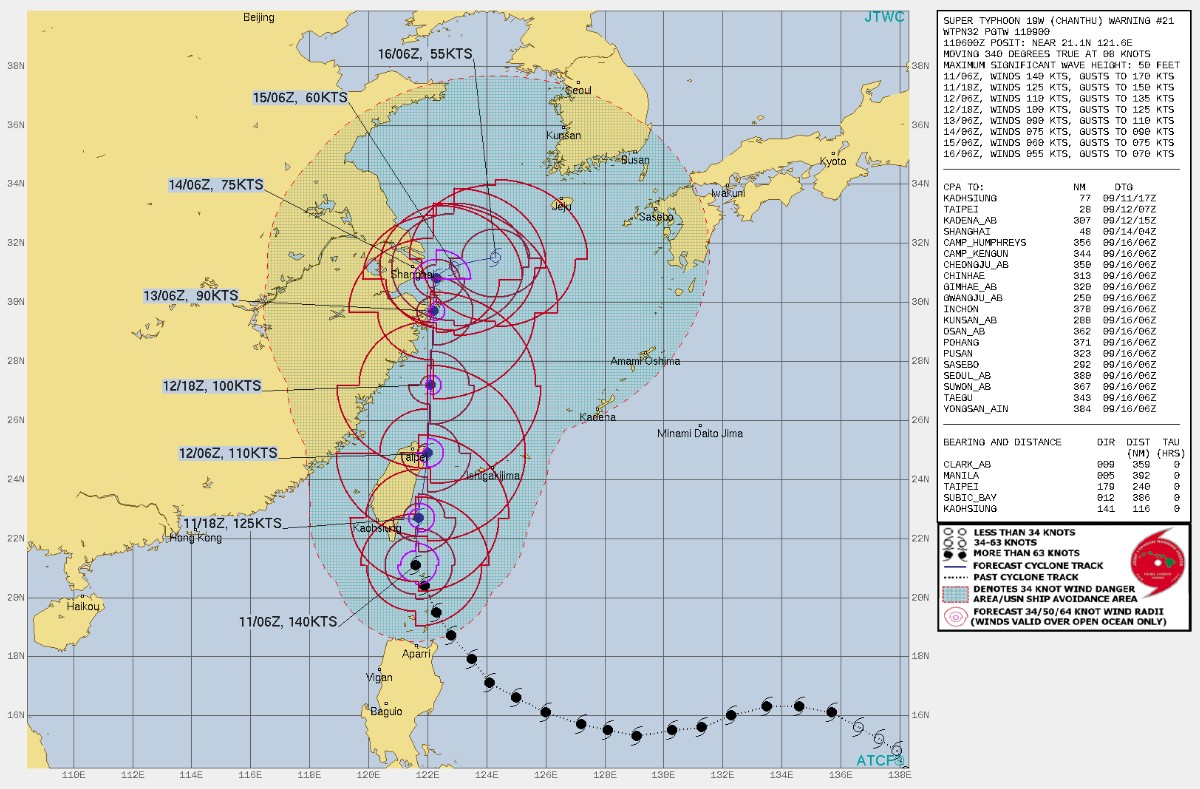 JTWC track guidance is in good agreement over the next 48 hours, and highly uncertain thereafter as the system enters the week steering flow. Model solutions spread to 150 km (90 miles) at 09:00 UTC on September 13.

Spread in the deterministic models actually decreases by that time, but this is misleading, as ensemble spread increases dramatically both in terms of direction and speed, with possible solutions at 09:00 UTC on September 16 ranging from dissipation west of Shanghai to a strong typhoon over southern Kyushu, Japan.

In the long term, there is low confidence due to the uncertainties in the timing of the breakout from the weak steering pattern. Intensity guidance is in good agreement on the steady weakening scenario, with only minor deviations from the mean. The JTWC forecast lies above the consensus mean but otherwise tracks the slope of the weakening trend with medium confidence.