The flare event follows increased solar activity with numerous c-class flares over the past 2 days and a C3 flare from AR2859 with an associated partial-halo coronal mass ejection (CME) on August 26. The impact from this event is expected on August 29, possibly causing G1 – Minor geomagnetic storms.

The eruption also caused a massive 'solar tsunami' — a wave of hot plasma and magnetism. "Based on the time it took to reach the next sunspot, halfway around the Sun, the tsunami was traveling faster than 177 000 km/h (110 000 mph)," said Dr. Tony Phillips of SpaceWeather.com.

Today's m-class flare was associated with a Type II radio emission (estimated velocity 276 km/s) at 06:04 UTC. Type II emissions occur in association with eruptions on the sun and typically indicate a coronal mass ejection is associated with a flare event.

Additionally, a Type IV Radio Emission was registered at 06:15 UTC, indicating a major eruption on the Sun. Type IV emissions are typically associated with strong CMEs and solar radiation storms.

Region 2860 has Beta-Gamma magnetic configuration and is capable of producing more moderate to strong eruptions on the Sun. 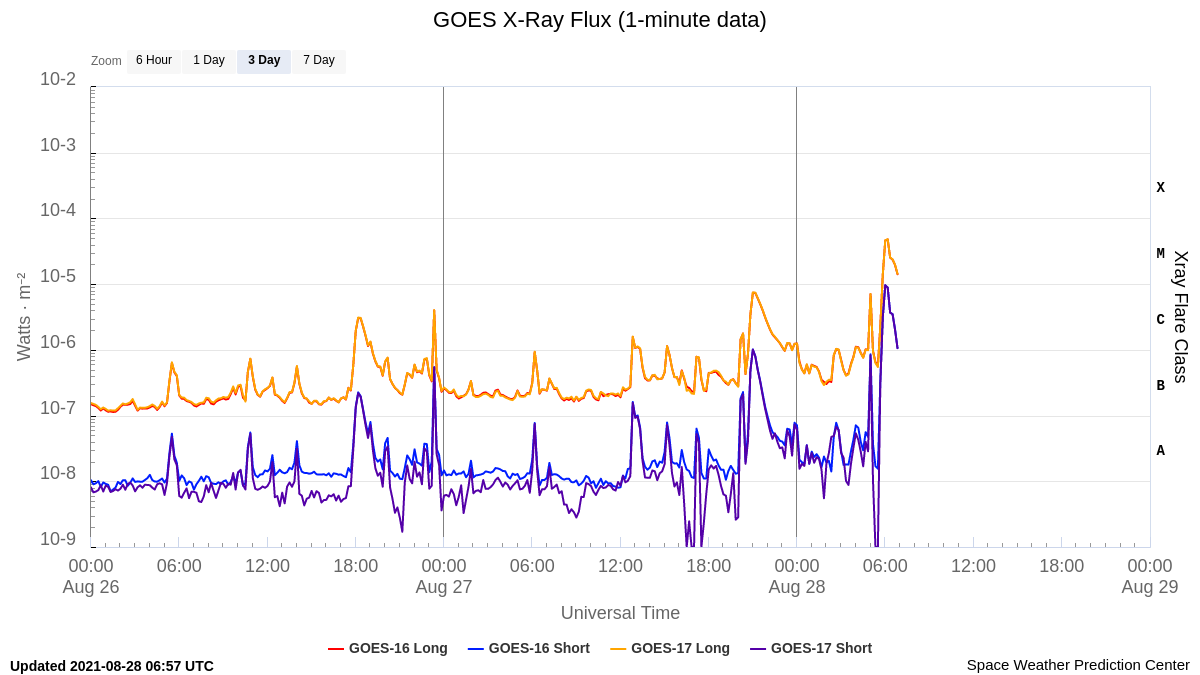 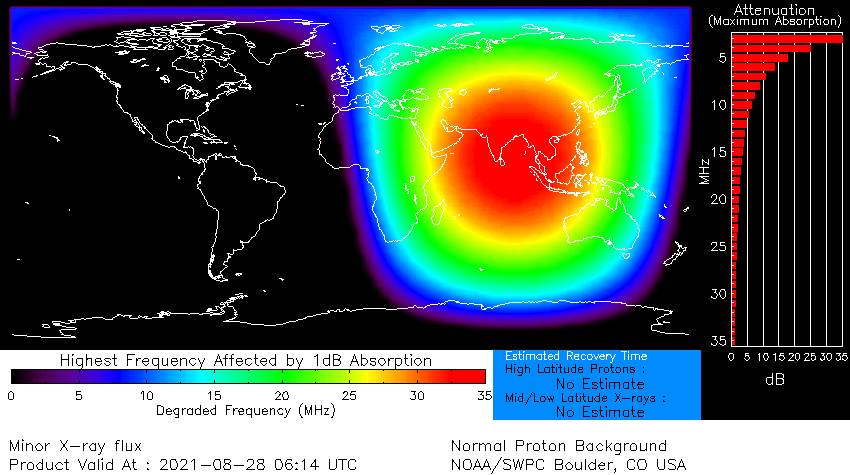 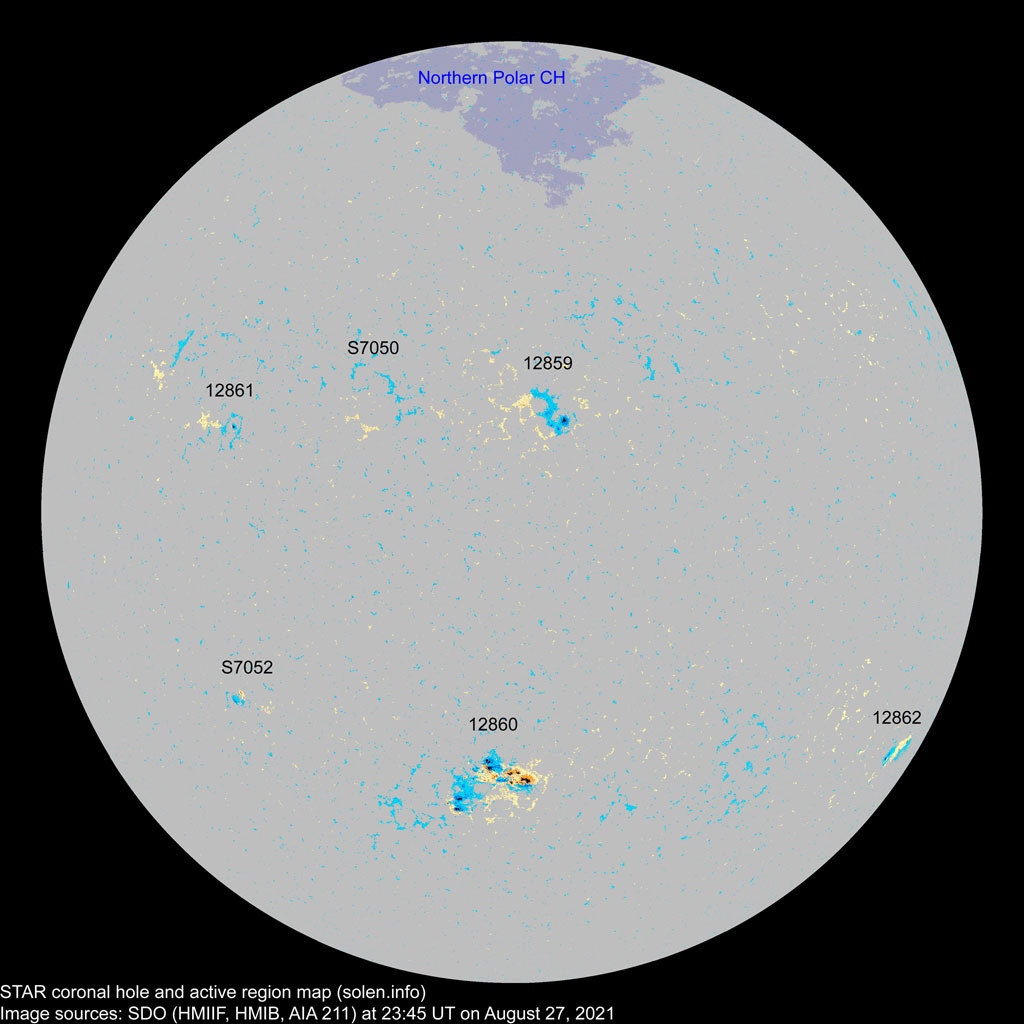 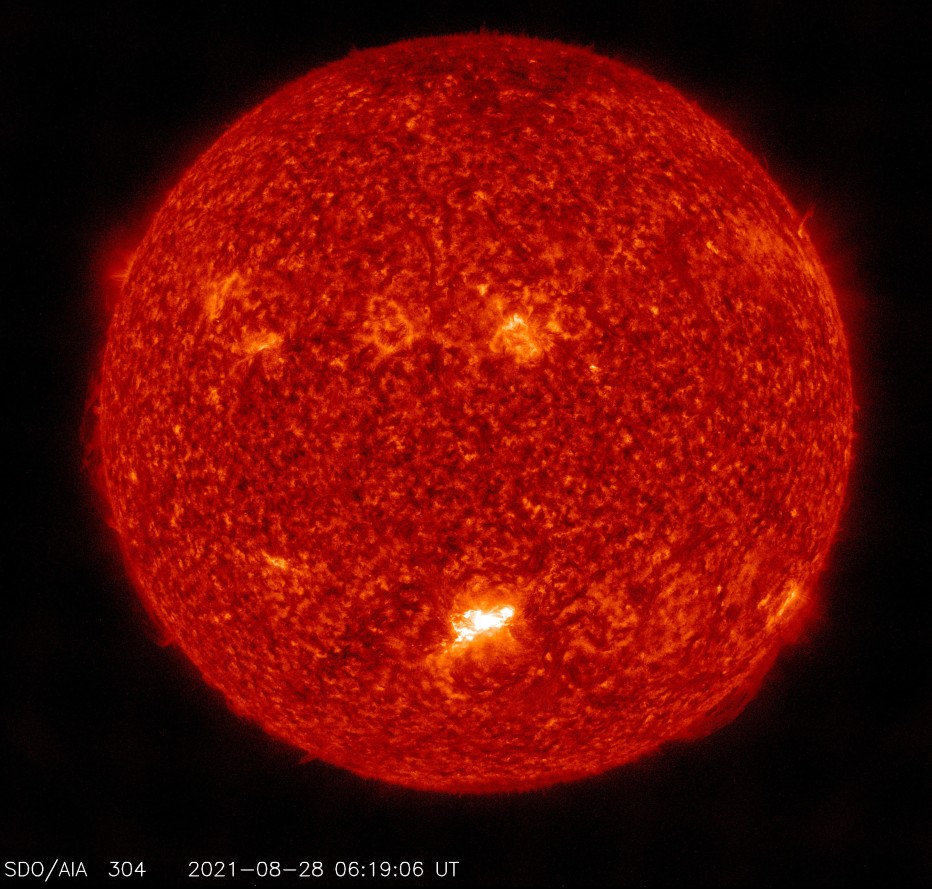 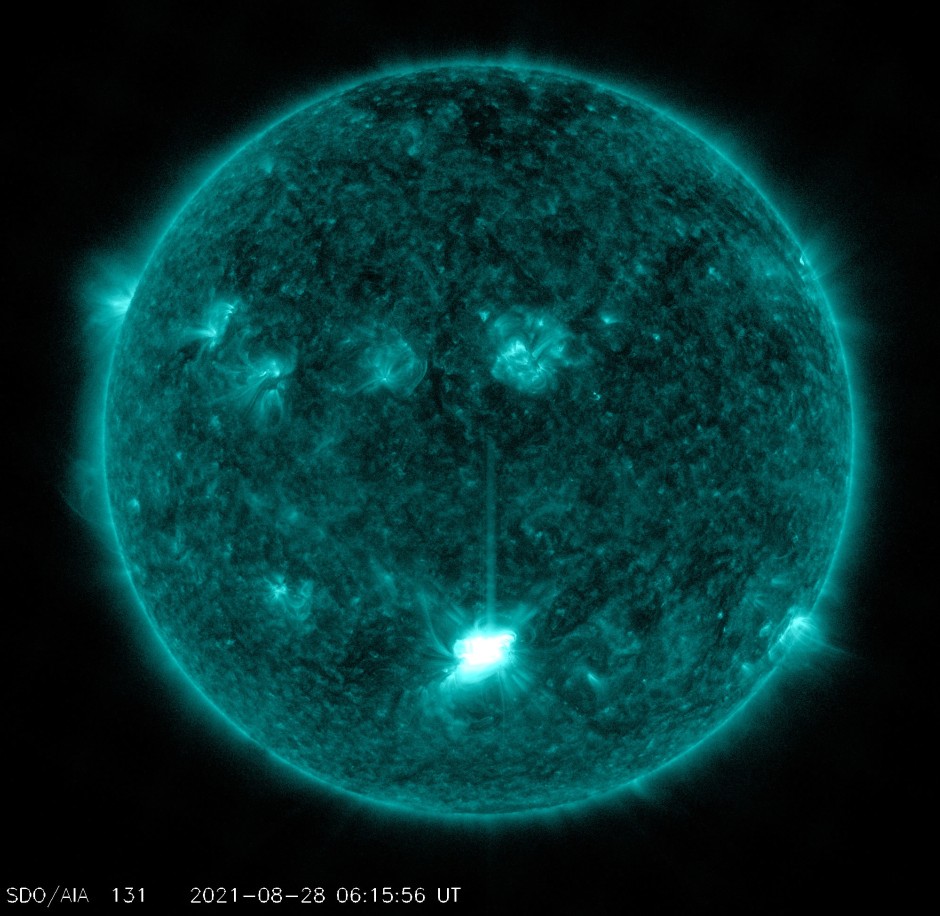 The solar wind environment was enhanced in 24 hours to 00:30 UTC today due to the passage of the August 23 CME, which was observed beginning at around 00:30 UTC on August 27. 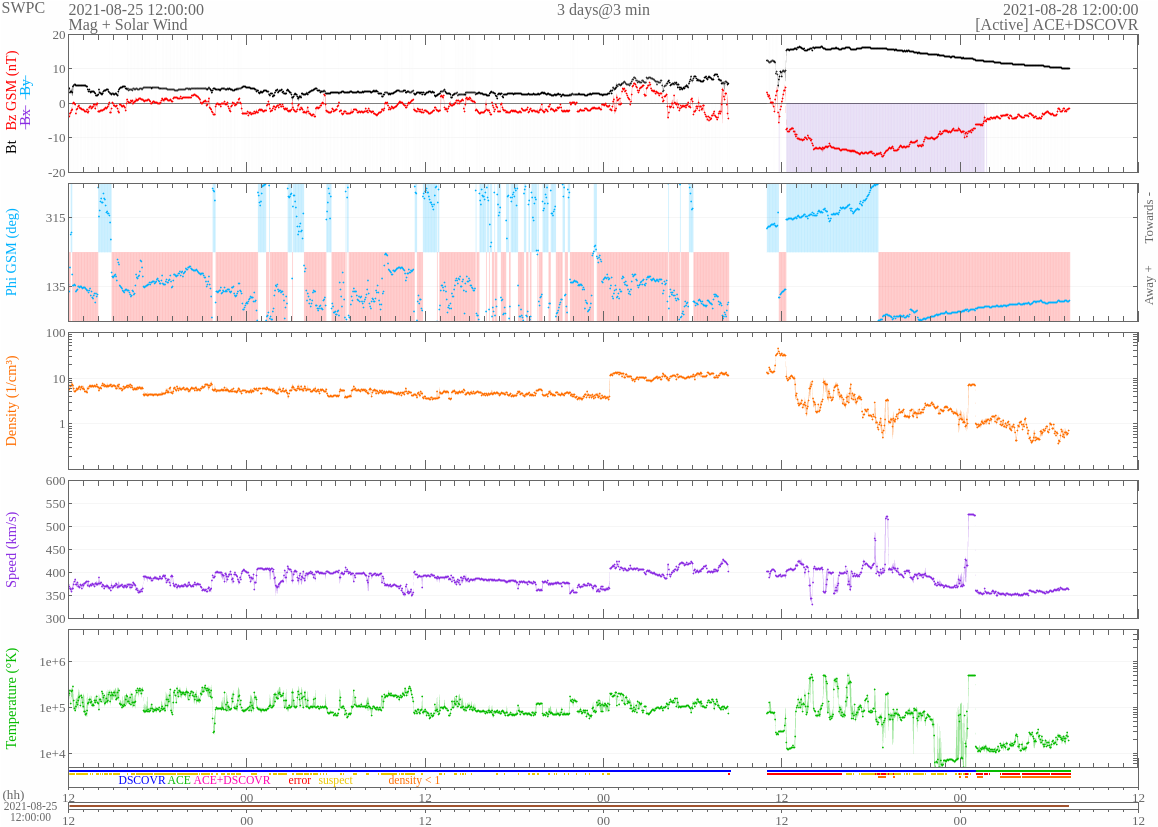 Earth's magnetic field was at quiet to active levels (Geomagnetic K-index <5) due primarily to the passage of the August 23 CME until 02:16 UTC on August 28 when the Geomagnetic K-Index of 5 — G1 Minor geomagnetic storm — was registered.

The levels quickly returned back to quiet. 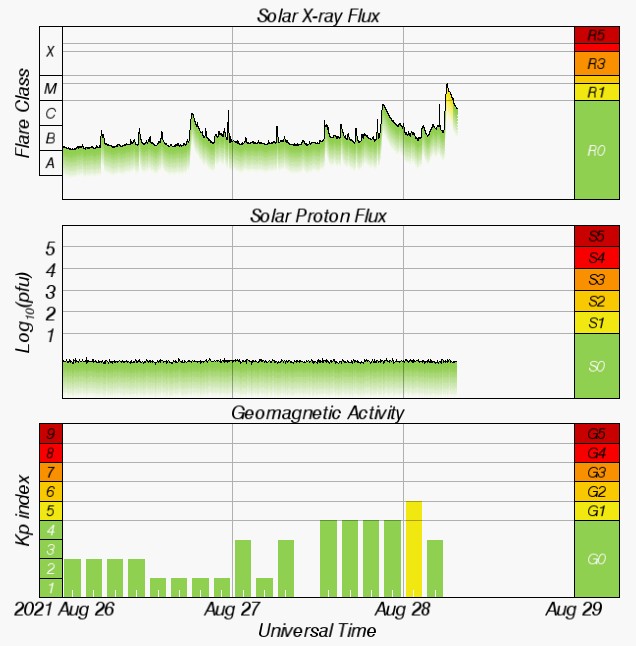