Unrest under Semisopochnoi volcano increased at the end of July, with a marked increase in seismicity on July 31. Increased activity has also been detected on local infrasound stations, suggesting possible low-level (below 3 km / 10 000 feet above sea level) emissions. Due to this increase in activity, the Alaska Volcano Observatory (AVO) has raised the Aviation Color Code to ORANGE and the Alert Level to WATCH on July 31.

Detection of multiple, discrete, energetic explosion signals on the local seismic and infrasound stations has characterized the unrest on August 2.

Clouds have obscured views of the volcano by satellite, and there were no observations of volcanic emissions or ash clouds, AVO said. 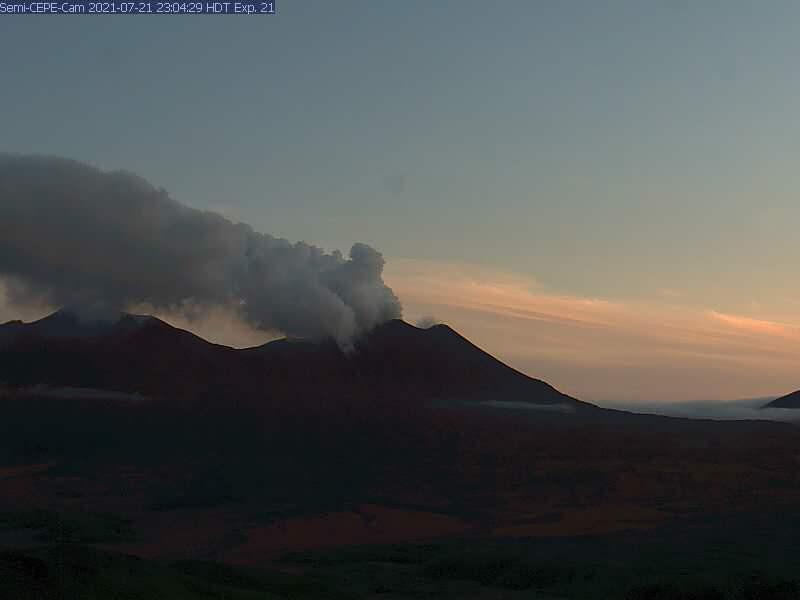 Robust steaming from the active vent and Semisopochnoi were observed in web camera images from station CEPE on July 21, 2021. Credit: AVO/USGS

Web camera views of the active vent at the north crater also were obscured by clouds and fog on August 2. The viewing port on one of the web cameras was covered with dispersed particulate matter that could be ash, but ash emissions have not been confirmed in other data.

Small eruptions producing minor ash deposits within the vicinity of the active north crater of Mount Cerberus and ash clouds under 3 km (10 000 feet) above sea level are typical of recent activity at Semisopochnoi, AVO said.

Small explosions may occur without warning and could be undetected by regional infrasound sensors and cloudy weather conditions. 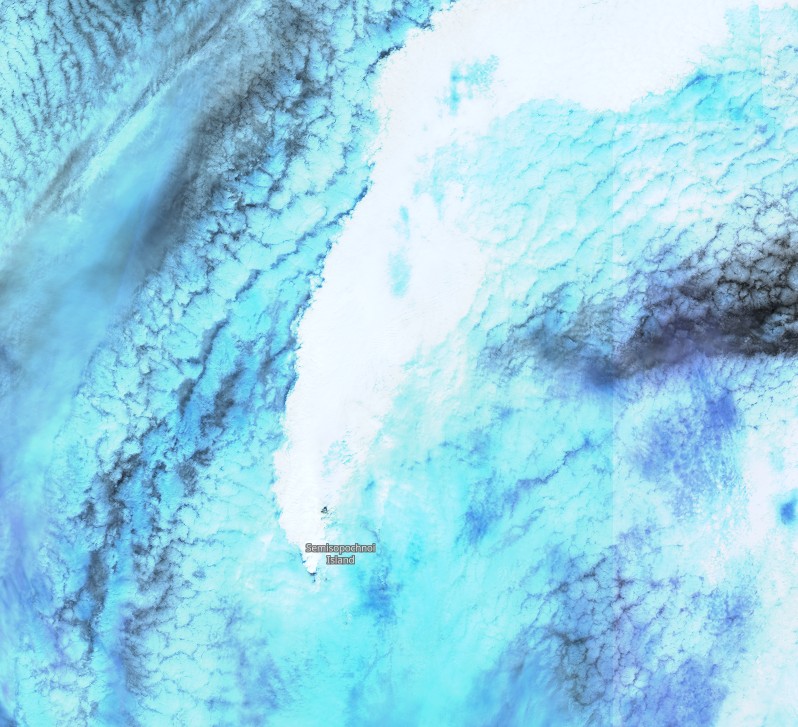 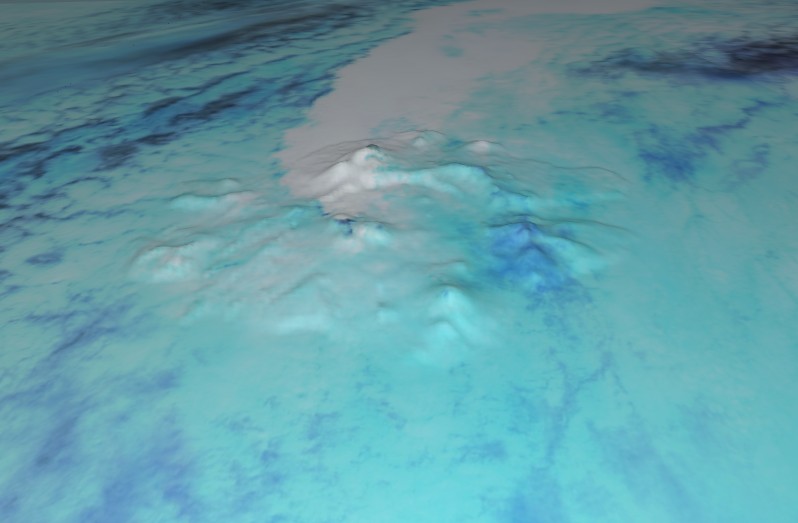 The high point of the island is 1 221 m (4 005 feet) high Anvil Peak, a double-peaked late-Pleistocene cone that forms much of the island's northern part.

This volcano is located within the Aleutian Islands, a UNESCO Biosphere Reserve property. (GVP)